Canadian PPP market a case of peaks and valleys

Inframation released its Canada P3 state of the market report and has discovered the value of deals to reach financial close in 2017 to date is $2.09 billion (all figures CAD), the lowest since the $1.42 billion recorded in 2006. The nine deals to reach financial close in 2017 have been in social (four), environment (three) and transport (two) sectors. Of the nine, seven were in Ontario and the two in British Columbia. The small capex size of the nine deals has meant that loans are set to be at their lowest level since 2012 and capital markets since 2006.

The small capex for build-finance or design-build-finance deals as well as their increasing prevalence in the market suggests that equity deployment for 2017 is likely to come in at a sub-$50 million value for the first time since 2006. However, major procurements such as the Finch LRT, Hurontario LRT, Hamilton LRT, Ottawa Stage 2 LRT, the Gordie Howe Bridge, Toronto Courthouse and Union Station Enhancement could see the 2018 capex figures top the $10 billion mark once again. 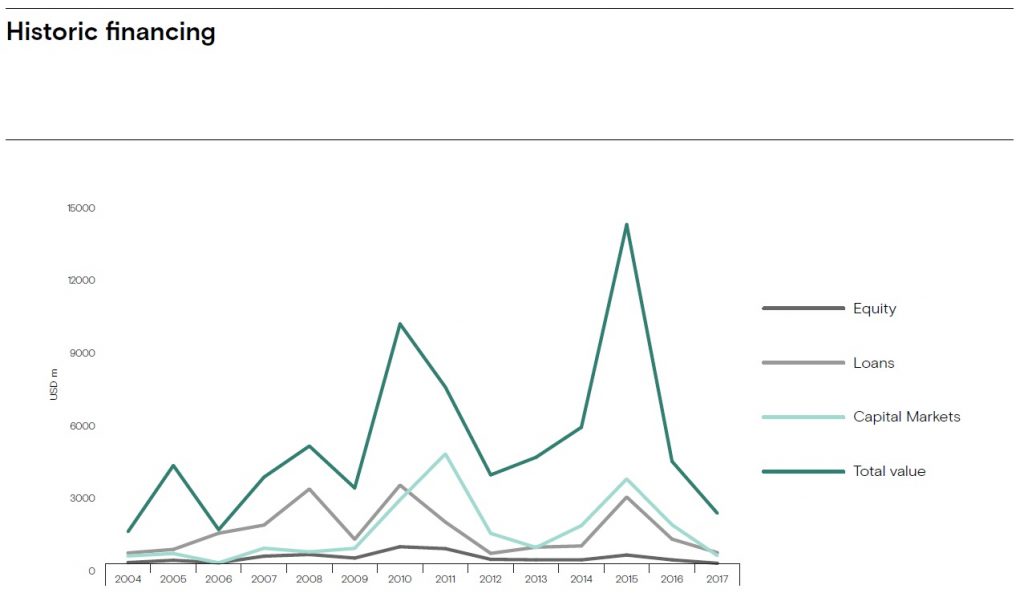 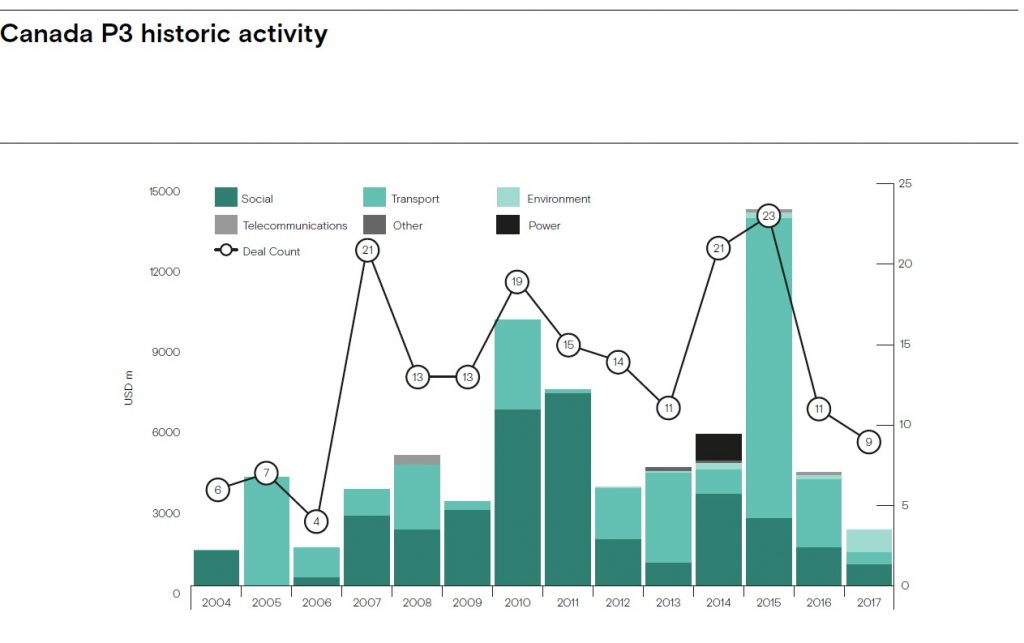 In May, Premier Brian Pallister announced that the Manitoba government would study options to use P3s to deliver $100 million in school projects, and the Speech from the Throne reaffirmed the intention, saying the government will refine the framework for P3s to “deliver public infrastructure, including new schools, on time and on budget.” Winnipeg has procured several transportation projects using the P3 model and St. Paul’s College is currently evaluating proposals for a student housing P3 project.

Ontario’s 2017 Fall Economic Outlook and Fiscal Review projects improved economic growth in the next three years and highlighted several key infrastructure investment areas, most of them  in public transit, transportation and other priority infrastructure projects, such as the GO Regional Express Rail and Hurontario Light Rail Transit.

A Path to the Table

The “Missing Middle”: Why the Fix is Nowhere in Sight