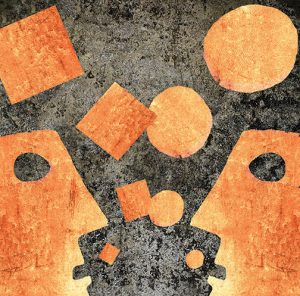 It was a bold, even inspired idea. Like-minds gathered in Ottawa on October 21 for a day-long interactive discussion called POP/CAN/CRIT on the “current conditions in popular Canadian architecture criticism,” led by 12 of “Canada’s leading critical architectural voices” to debate “the current state, effectiveness, and future potentials of a professional criticism intended for the general public.”

Despite a focus on promoting broad public discourse on architecture, the absence of popular and the use of voices to describe participants already suggested a problem. To be blunt, even before the decline of print media, truly popular architectural criticism in Canada was largely an oxymoron. Over the last decade most of those few newspapers that carried at least some architectural criticism have joined other old media in ignoring what is probably the most important functional and cultural product in our society.

The speakers’ current core occupations reflect this depleted state. With the exception of the Globe and Mail’s Alex Bozikovic, no other speaker is employed full-time as a popular media critic. His predecessor, Lisa Rochon is now a senior fellow at the University of Toronto’s Global Cities Institute, while both the Toronto Star’s Christopher Hume (absent through illness) and former Le Devoir and Le Presse critic Sophie Gironnay are now retired (with Gironnay the Director of the Maison de l’architecture du Québec). Ian Chodikoff and Marco Polo are both past editors of Canadian Architect, with both Polo and David Theodore being current academics. While Elsa Lam is the current editor of Canadian Architect, she, like me, comes from the trade magazine niche that tends to be neither popular nor overtly “critical.” Finally, Trevor Boddy, arguably Canada’s only full-time maven of architecture culture, depends only lightly on writing gigs directed to the general public, as do the other speakers.

Not surprisingly, therefore, the day was heavily scented with a strong whiff of the academe. Most participants endorsed social media’s democratic expansion of discus-sion. I agree in part that this trend engages more ordinary citizens beyond the academy and trade magazine bubbles as well as the elite print media’s frequent apologia for 20th century architecture’s obsession with expressing some “zeitgeist.” But so much of this commentary takes place unencumbered by well-articulated principles of what constitutes good built form.Instead, debate often becomes that time honoured, end-of-debate assertion, “beauty is in the eye of the beholder,” or the more truculent, “you like what you like; and I like what I like.” But then again, too much professional media criticism has focused on architecture as “art” rather than as “functional art.” The latter requires a much broader assessment of the built environment as the para-mount means by which we dwell successfully.

The recent acrimonious public debate over proposed additions to Ottawa’s Chateau Laurier hotel has polarized around “I like historical replication” versus “you can’t handle brave edgy modernism.” Conversely, POP/CAN/CRIT’s assessment of the Gehry/Mirvish towers in Toronto, a project whose cynical use of a wow-factor dazzle to gain obscene height approval, proved a rather tame affair. Albeit a critic’s heresy, the reason Prince Charles has had such an impact on popular criticism is not his hokey love of Georgian design but his coherent understanding of how we as humans physically and mentally experience the built environment within a specific environment, history and culture. POP/CAN/CRIT was a worthy first step, but the next gathering needs to look outside the academia to engender a more impassioned debate of ideas.

The New Marketability of Title Paradigm after MacDonald

Toon Dreessen: What It’s Worth