Setting the Stage for the Future

When the TD Bank Tower opened in 1967, it was the first of its kind, and the tallest building in downtown Toronto. It forever redefined Toronto’s skyline, acting as a catalyst for the rapid growth that continues in Toronto’s core today. The final major work of modernist architect heavyweight Ludwig Mies van der Rohe, the Toronto-Dominion Centre introduced the modern workplace to Canada and pioneered Toronto’s transformation into one of the world’s leading international business centres.

But Cadillac Fairview’s TD Centre is also more than 50 years old now. That means we have had to challenge ourselves to continue to deliver value for our tenants, by raising the bar on design and innovation for a modern age, while still maintaining the heritage architectural elements that make the complex unique. This is being done through a strategy of deliberate and consistent investments in the future. 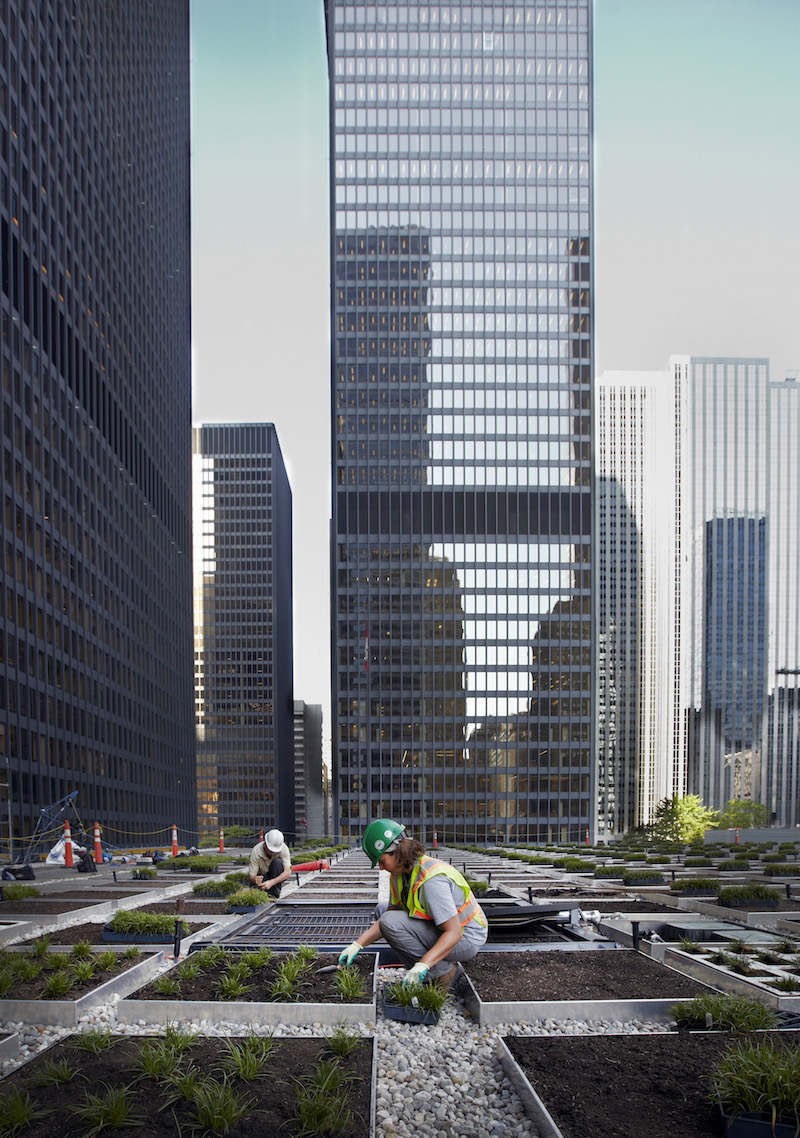 The property is currently undergoing a massive $200-million renewal initiative, which has been planned to ensure every detail stays true to Mies’s original design intent, from cleaning and patching existing travertine to matching the paint to the original not only in colour but also in sheen. But the renovations have been about much more than aesthetics. 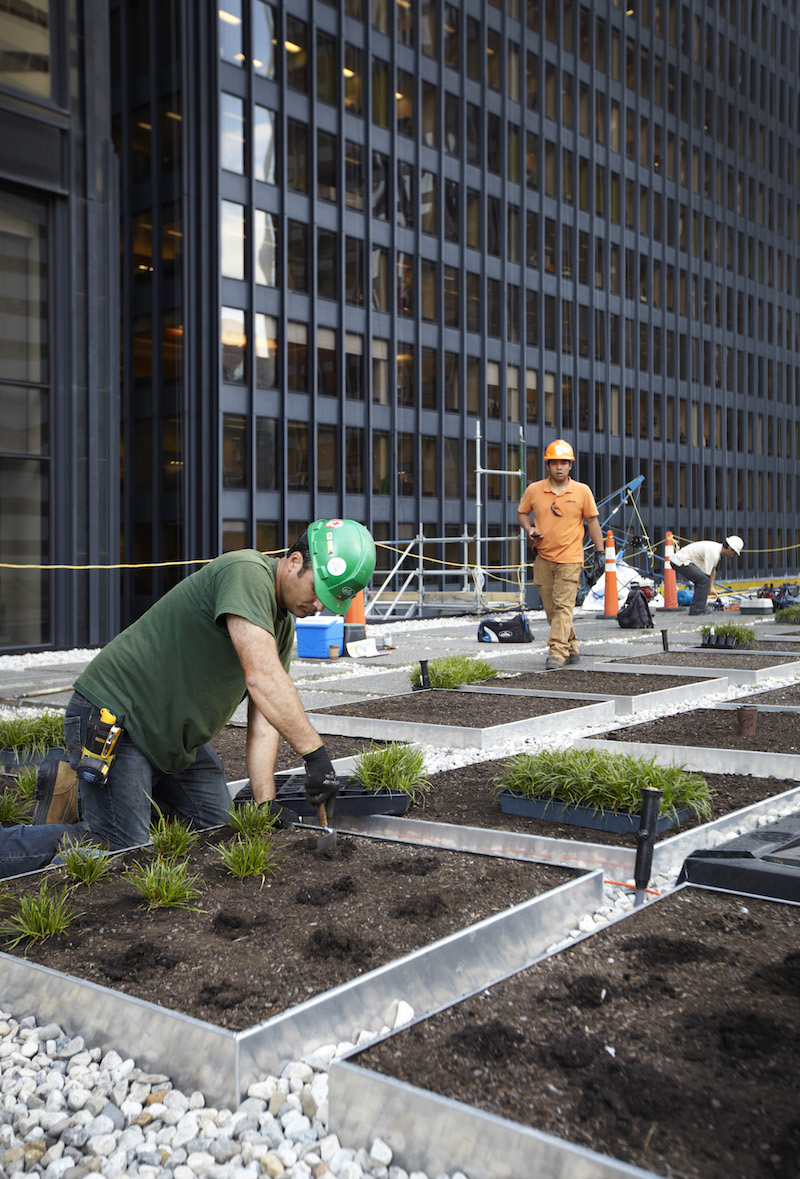 Typically, buildings from the 1960s are neither energy efficient nor built for modern work practices, however through a combination of small-and large-scale initiatives, such as turning off lights and moving to a deep-lake cooling system, TD Centre’s carbon footprint has been steadily reduced, and in 2015 after extensive retrofitting and renovation, all six towers achieved LEED Platinum certification. Cadillac Fairview also introduced an Occupant Engagement Program, encouraging tenants to participate and help meet progressive consumption targets. For example, as part of the program, tenants were offered free “midnight” energy audits. Conducted by an external consultant, the goal was to identify potential energy savings that could be achieved outside of business hours, and ultimately uncovered a nearly 500,000 kWh reduction in electrical consumption. 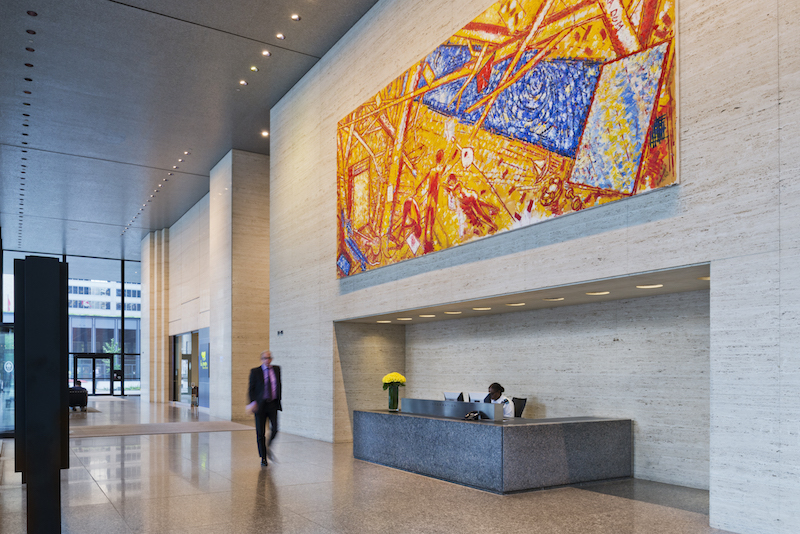 While an environmentally sustainable building is beneficial to employees, we know that there are always additional steps we can take to support our tenants’ health and wellness. In 2017 a focus was put on achieving WELL certification, the first standard to integrate human health and wellness in the design, construction, maintenance and operations of buildings. TD Centre’s 222 Bay St. tower became the first existing building in North America to achieve Gold-level WELL Building Standard certification. 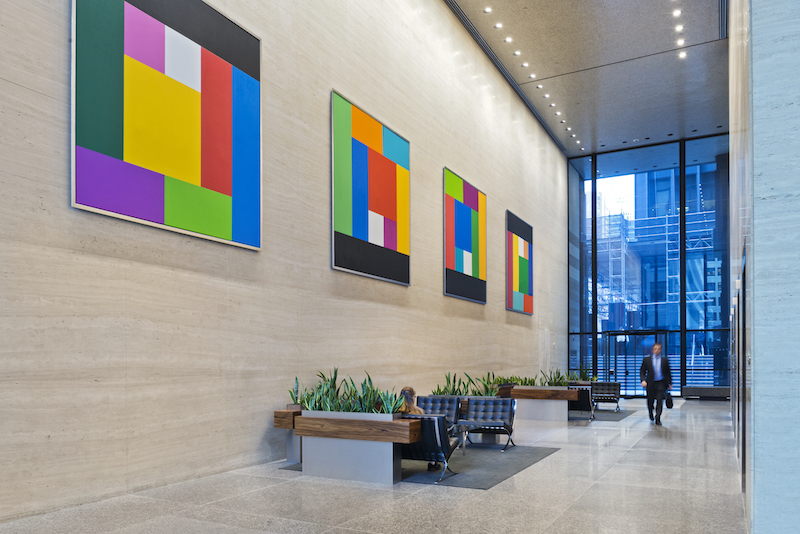 TD Centre was a pioneer in density and verticality in Toronto, and with more than 4.3 million square feet of space, it remains the largest business complex in the country. Mies originally envisioned the centre as a place to live, work and play complete with large open public spaces, restaurants, shops, services and offices all in one location. Ensuring that the TD Centre is energy efficient, healthy and a leader in sustainability and technology speaks to the continuation of this vision.

Climate Changed: How homebuilders and residents are adapting to a warming world