The Power of Our Urban Constellation

It is time for small towns to rethink and reframe themselves as urban hubs that are part of a growingly sophisticated network of cities.

Over the past year, there have been numerous articles discussing the exodus of Toronto. This city has rapidly become unaffordable for an ever-increasing per centage of the population. As a result, home prices in cities like Barrie, Stratford and Hamilton have increased up to 30 per cent. While the pandemic and low interest rates may have accelerated this phenomenon, there is a much bigger story. Although Toronto is the most populous municipality within Southern Ontario, other cities within the region are no less connected, wealthy, diverse and vital to the Canadian economy. Recent initiatives to improve transportation infrastructure, combined with the maturation of industries and employment centres means the old paradigm of “bedroom communities”—municipalities where commuters live and drive into Toronto every day to work—is obsolete. The positive impacts of transit-oriented development, a new generation of municipal leadership, and the maturation of business innovation are ushering in a new future for Southern Ontario that is increasingly understood as a dynamic urban region, not just an economic engine for the country.

While the GDP per capita within the City of Toronto is somewhere just under $50,000, the overall GDP of Ontario is slightly higher at $57,000. By comparison, that figure is almost identical in Italy’s Emilia-Romagna region whereas The Netherlands is somewhat wealthier—at $65,000. The significance in comparing Southern Ontario to these other regions is simple: a rich, dynamic, and architecturally sophisticated constellation of cities exist within these three geographic regions. From an urban design potential, never should we dismiss Barrie, Orillia, Innisfil or Markham as inferior communities to Toronto.

Italy’s Emilia-Romagna region is an interesting case in point. Here is a region of around 4.5 million people where the most prominent city is Bologna, with a population two-thirds the size of Brampton. Meanwhile, the region produces Parmesan cheese (Parma, pop. 200,000), balsamic vinegar (Modena, pop. 190,000) and the global headquarters of Ferrari (Maranello, pop. 19,000). Ontario has the Niagara region, Guelph and Oshawa. Unfortunately, we don’t value our constellation of urban centres in the same way. Emilia-Romagna has an ancient Roman trade route running through it, while Ontario has an intimidating 400-series network of highways. Many differences exist between the Italians and us. Still, the important lesson here is to valorize the unleveraged and symbiotic urbanistic capacities of municipalities growing in proximity to Toronto.

The Netherlands is another interesting example. Amsterdam (population nearly identical to Mississauga) is a wonderfully picturesque city. However, the Dutch know that a distributed urban network across the country is driving prosperity, urban innovation, liveability, and affordability. Intercity rail connecting communities and not the traditional view of a singular city defines the Dutch way of life for now and the future road ahead. Architects are well aware of the innovations happening in Utrecht and Rotterdam, two Dutch cities with populations slightly above and below that of Ottawa. And Almere – about the same size as Barrie – is a global model for housing delivery. But it’s what’s between the cities that count. Balancing land-use between urbanized and agricultural lands in The Netherlands is a centuries-old process holding up much better than Ontario’s Greenbelt. Here is a solid rationale for intensifying land use in Southern Ontario, not distributing it at the cost of losing valuable agricultural and conservation lands. We are already connecting our Ontario cities with improved rail networks. We now need to enhance the delivery of transit-oriented developments to manage their growth better, improve the ability to deliver affordable multi-family housing, and bring employment, creativity, liveability to these communities. 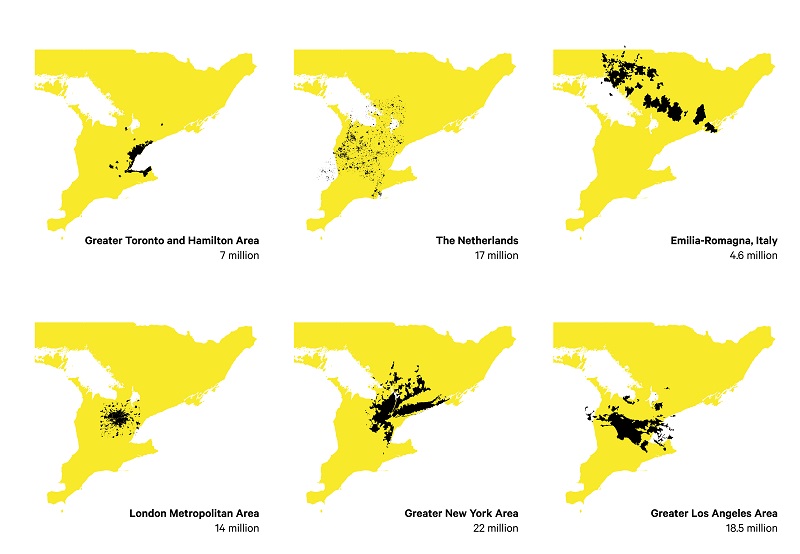 SvN has the honour of working with several Southern Ontario municipalities (including the City of Toronto), tasked with improving their mobility and the ever-important connection to housing delivery. Beyond the challenges of introducing appropriate densities linked to both marketability and construction costs in these communities, we are witnessing a new generation of municipal leadership eager to leverage their cultural assets while improving their capacity for environmental stewardship. Whether they are lakefront cities or landlocked suburban sprawl, these communities are no longer considered places to retire or commute from but are being appreciated for what they can be—incredibly economic and culturally diverse cities able to cultivate dynamic and socially inclusive urban narratives complete with innovative materials, programming and social services. This is happening across the province. According to Statistics Canada, over a five-year period, Wasaga Beach, Brantford, Collingwood, and London have all experienced population growth between 11 and 13.5 per cent. These figures are not significantly higher than Toronto, which grew roughly 10 per cent over the same period. While these trends continue, so does the cost of construction and the price of real estate. (Note the distinction between cost and price.)

In summary, Southern Ontario is one of the world’s most dynamic constellations of urban centres. Toronto, Orillia, Grimsby and Markham orbit around each other. As a region, we manufacture and create amazing things. We educate terrific people, and we recognize the need for inclusive communities. But the biggest challenge is to acknowledge the tremendous urban potential of this constellation. We must link it with better transit. We must build better housing across the province. We must remember that great design and innovation can come out of even the smallest of urban centres. Think about that the next time you see a Ferrari drive up to a trendy downtown restaurant or hotel. Here is a car—an iconic symbol of Italian design—originating from a small town and built through the efforts of several small-town family businesses. Think about that potential when imagining the future of small urban centres within powerful urban regions. 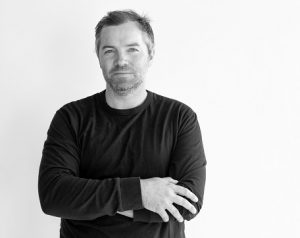 Drew Sinclair, OAA, MAA, SAA, FRAIC, is Managing Partner at SvN Architects + Planners, a Toronto-based multidisciplinary office re-thinking housing, large-scale infrastructure, and regenerative communities. From being a recipient of a Canada Council for the Arts’ Prix de Rome in Architecture for Emerging Practitioners to his role as a Director for the Centre for Urban Growth + Renewal (CUG+R), his leadership on numerous boards and initiatives strives to push for new possibilities for architecture, planning and urban design.

Real sustainability must start with the house and the home

Smart buildings: What happens to our free will when tech makes choices for us?