The importance of design in creating communities that are better equipped at facing the effects of climate change.

Do you remember where you were when the ice storm hit in 2013? If you weren’t here, imagine waking up to a city coated in ice. The tree branches were hauntingly beautiful, shimmering while making an unnerving creaking sound. We’d woken up to a cold house with no power and the temperature was dropping quickly. There were fallen tree branches and hydro lines in the street. Neighbours were slowly emerging. Gathering on the sidewalk, we figured out that the power was only out on half the street, so people offered up their homes for warm ups and hot showers. It took about 30 hours to get the power back on and to resume our normal lives, but it got me thinking about our vulnerability and about how lucky we were to have the neighbours that we did.

I chose architecture as my path at the age of 17. School challenged me to think about the technicalities of building science, the beauty of design and the social philosophies of living. I worked hard to balance my logical left brained self with my right brained creative that they were calling. Year after year, I worked hard to keep up and year after year I persisted and eventually graduated.

Two years into practice, I took a year off to study Zen Shiatsu Therapy – the next logical step in an architectural career! It was taught much like a martial art, the breaking down of the ego – long meditation, endless sit-ups and push-ups…As a healing art, we were called to connect with the people we were working with, to hold the space for them. My tendency as a type A was to precisely locate pressure points and hold them for exactly the right amount of time. My Sensei was onto me though and before long, he had me working blindfolded. He’d tease me, “How will you find the points, Michelle? Did you bring your measuring tape?” By teaching me to listen with all my senses, he changed the way I think about architecture. As an architect, I spend my days thinking about buildings and how people live in them, and what I discovered during this time in shiatsu was not just that most people don’t think about buildings – what I discovered is that what people most need and crave is connection.

In this time when change seems to be accelerating exponentially, it is these connections with one another that will ground us. Architecture provides opportunities for people to connect. The biggest change that brought me and my neighbours onto the sidewalk on that icy cold day…Climate change. It’s big and scary and though we’re all talking about it, none of us really wants to think too hard about it.

But the climate has changed; and the climate is changing. Once in a lifetime weather, like hundred-year storms, are happening annually. Going forward, we need to not only mitigate future changes to our climate, but we also need to work together on how to adapt to the changes that have already happened and to plan for the changes to come. 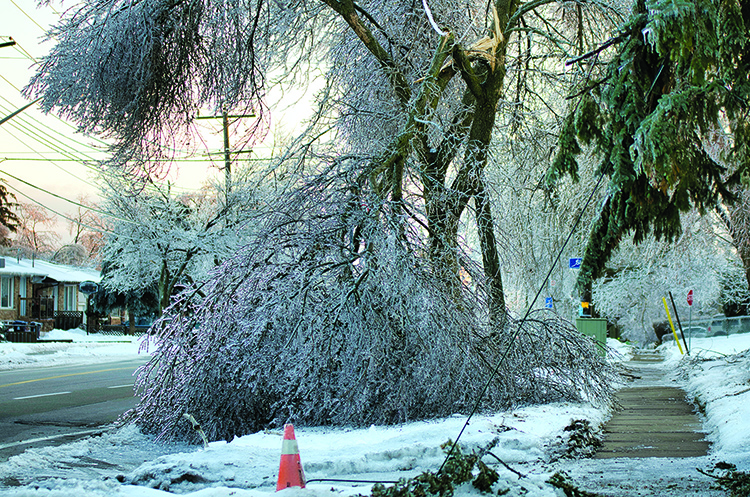 What if I told you that buildings are one of the keys to both mitigating and adapting to climate change and that connecting with people in your community is the other key?

To mitigate climate change, we have to cut emissions from fossil fuels in half by 2030. In this city, buildings account for 52 per cent of our greenhouse gas emissions and globally they account for 40 per cent. That makes buildings both the largest contributor and the key solution to mitigating climate change. Why is it that we don’t all know this? I suppose, most people don’t find discussions about insulation and triple-pane windows exciting dinner party conversation, like I do! Maybe that’s why buildings have flown below the radar for so long, hidden in plain view! Now we understand how to build low carbon buildings, and some people are even building them. What worries me is that is the exception, not the norm, in my industry!

The real estate market focuses on selling people a lifestyle. People romanticize living in glass towers with expansive views and for builders, all glass buildings are familiar, quick and inexpensive to build. Unfortunately, when you live in a place where temperatures vary by 60 degrees Celsius over a year, all glass boxes do little to keep us comfortable without blasting heat or air conditioning, and no one is even talking about.

No discussion is taking place in the sales centres about how a building will perform or how it will function during a power failure. Imagine if we could read the label on any building and understand its carbon impact as easily as reading a food label.

To reduce embodied carbon, we select durable, adaptable materials, with the lowest possible footprint. Most large buildings are made of concrete which has very high embodied carbon. Wood, on the other hand, is the only structural material that actually sequesters carbon. The codes are evolving to permit taller wood structures to be built. In fact, we are just completing the first timber office building built in this province in a century.

To reduce operational carbon, we must reduce our reliance on the fuels needed to heat, cool and ventilate them. This starts with the architecture. Orienting and shaping the building to encourage daylight while naturally shading from heat; well-insulated walls mixed with good quality right-sized windows that open. These are two passive design solutions that help a building to keep us warm when it’s cold and cool when it’s hot, even during a power failure.

When we design buildings, we create various models to simulate how a building will respond to weather data – temperature, rain, snow, wind. The inputs that we use are based on historical data. That’s how we’ve always done it and how our codes and standards require us to do it, even though studies have been done to predict future weather in most major cities.

We should be designing buildings using all available information including future weather data. While we cannot predict exactly what weather is to come, we do know that modelling to historical weather is no longer enough. This is a time when action is more important than perfection. You know that frustration of buying a new cell phone only to have a newer version be released a week later? That’s what it feels like to be building buildings only using historical data!

Watching the youth take to the streets during the youth climate march, shows us what they truly value. These are the future residents of the buildings we build today. So, we can’t just keep building to minimum standards, because they’ve shown us that that’s not good enough and these buildings will hold less value. On September 20, 2019, Canadian architects across the country signed a declaration committing to the urgent and sustained action to combat climate change…step one, now let’s get to work…

I mentioned that buildings are one of the keys to both mitigating and adapting to climate change and that connecting with people in your community was the other key. Let me tell you what happened in Chicago. In 1995, a massive heatwave hit Chicago and 739 people died in five days. Those are tough numbers to stomach. A sociologist named Eric Klinenberg has written extensively on this heatwave and tied it into a concept called “social infrastructure.” This includes our shared spaces –libraries, community centres, parks, sidewalks, grocery stores. According to the statistics gathered about the heatwave, economically and socially vulnerable people had higher mortality rates than white economically advantaged people. This isn’t really surprising. But, where things got really interesting was when he identified two neighbourhoods, side by side that both had all the same statistical markers to predict that the death toll should have been high, yet one of these two neighbourhoods had a lower mortality rate than most of the economically advantaged ones. The question was why?

What he discovered was that this particular neighbourhood had very strong social infrastructure. The sidewalks and buildings were well looked after. It had strong, active community groups. It had parks and shopping areas where people gathered and ran into one another, so there was a depth to the connections that people had. Instead of overheating in their un-air conditioned apartments, people gathered in their shared spaces and strategized. They noticed the people that were missing, and then they went and knocked on their doors. They sought out and helped each other. According to his research, it’s these factors that allowed this community to cope, learn and adapt in this time of crisis.

On the morning of the ice storm, it was my neighbours that gathered and shared resources. Over the years, we’d built a network through chance encounters in our shared spaces. Thoughtful building design provides opportunities for people to be both public and private as well as those in-between spaces that allow for casual encounter. It’s that well-placed low wall that provides the perfect spot to sit and take a rest. It’s the distance between the porch and the sidewalk that is close enough to talk and far enough to give you privacy. This is the subtle beauty of design and its surprising ability to connect people and build community.

Not even knowing you, I would bet that all of you live in existing buildings and chances are that many of you will live in a new building in your lifetime. That makes you all part of the solution and uniquely qualified to identify what needs to change in the buildings that you live in. You know the issues that you’ve faced during extreme weather events. What will do to prepare for next time?

As my Sensei taught me, connection to one another is what we all crave, and connection is also what we require to build our resilience in these changing times.

Buildings are not just shelter, they are key to mitigating and adapting to our changing climate and building connection is the other key. This is the moment to go all in – as an industry and as citizens.

Imagine a city of buildings, designed for a changing climate, a city of people who are connected, engaged and active in their communities. Now image that one of these people is you. 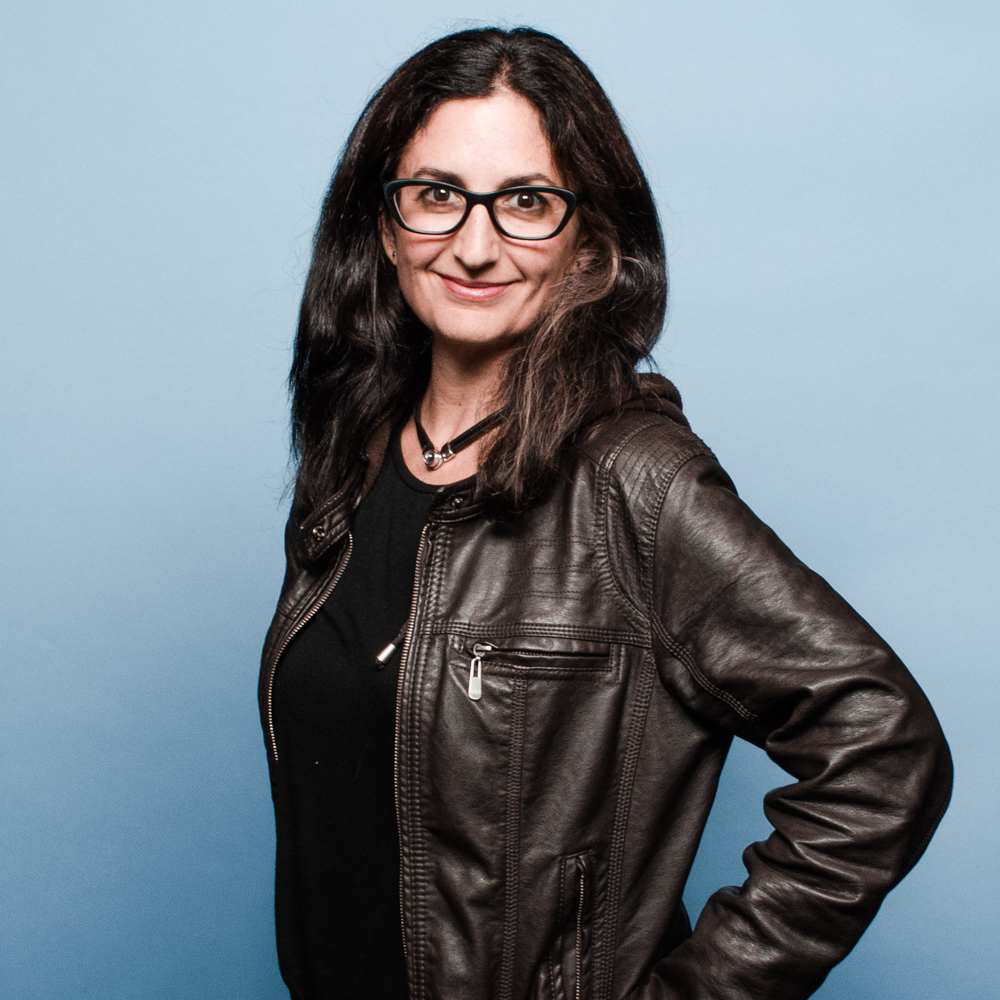 As Quadrangle’s Director of Innovation, Michelle has responsibility for working across all studio groups to broaden opportunities for innovation and thought leadership inside and outside the firm. A specialist in complicated projects with multiple layers of approvals, Michelle has become the studio’s ‘go to’ person for the planning and phasing of the most nuanced of Quadrangle’s renovation work and pioneer projects.

The preceding was an edited version of a speech Michelle gave as part of TEDxToronto.

Ontario’s Bill 23 proposes more homes built faster, but this comes at an…

Canada’s National Housing Strategy: Is it really addressing homelessness and …

Climate Changed: How homebuilders and residents are adapting to a warming world