From the City of Melbourne to the City of Toronto, panelists provide insight about how the tech sector is impacting the growth of cities and Toronto’s recent tech boom.

As economies around the world face exponential disruption from technology companies across all sectors, cities are trying to figure out how they can become the next hotbed for tech innovation. Initiatives range from the creation of planned innovation districts to creating conditions for innovation clusters to emerge organically.

International design and strategic consulting firm B+H recently partnered with the Urban Land Institute (ULI) Toronto to host a panel discussion. The event focused on the changing workplace and rise of innovation districts, and how the race to become home to the next “unicorn” is influencing new development.

Panelist moderator Catherine Osborne described an ‘innovation district’ as the urban phenomenon – born organically with the rise of Silicon Valley – where tech entrepreneurs cluster based on needs, to share knowledge and talent. A writer and editor with an expertise in architecture and urbanism, Osborne explained that the main feature of innovation districts is that they are community based, not siloed office buildings.

“We previously used to measure efficiency of an office building by how many people we can populate on a floorplate, but now the focus is really about what events can transpire, what amenities does this building have, what kind of programs can promote community activity,” said Patrick Fejer, Senior Design Principal at B+H, whose firm has worked with some of the world’s leading technology companies, like Google, Microsoft and Twitter, and was the lead designer for MaRS Phase II building in Toronto. “We worked on a project in Vancouver and we took the whole idea of lobby and flipped it on its head. Instead of being a formal arrival space we made it a place where people can hang out. Instead of marble, we put in rough concrete, instead of a security desk, we said let’s have a barista serving coffee. We called it the ‘Anti Lobby’.”

When MaRS was first conceptualized in 2005, there was nothing like it at the time. There was a lot of guesswork at the beginning, explained Randal Froebelius, Vice President of Real Estate, MaRS Discovery District. Froebelius was key player in the realization of Toronto’s MaRS Discovery District, which today has become a leading example of an urban innovation hub in North America.

But beyond the workplace, what makes an innovation district – whether planned or organically formed – sustainable? How do we design our cities, streets and urban cores to sustain this kind of growth?

Half the size of Toronto, the City of Melbourne has esteemed educational institutions and is becoming a leader in the educational technology and biotech sectors, which is attracting both local and international tech companies to lay roots in the city. This is contributing to a $2.2 Billion startup market. “Why are they choosing to stay here?” questioned the City of Melbourne’s first-ever Chief Digital Officer, Michelle Fitzgerald. She explained “It’s about the talent and the livability of the city, strong transit links, great school systems for people to raise a family, great coffee and food.”

Rising in ranks each year, Toronto is the fourth largest and fastest-growing tech-hub in North America. “Toronto is a safe, wonderful place, and we have incredible timing based on what is happening in the US over the last couple years. I think MaRS, in particular, has benefited from Toronto’s ecosystem being a cluster of AI innovation. It was the global recognition of the AI eco-system which brought a lot of talent and capital here.” said Candice Faktor, Managing Partner, Faktory Ventures, an early stage fund investor in exponential technologies and network effects. Faktor is a strong advocate of Toronto’s tech economy. Previously, Candice was the Global GM for Wattpad, where she helped scale the digital storytelling platform to over 50 million users. Prior to Wattpad, Candice co-created Torstar Digital, the corporate innovation arm of Torstar.

The panelists went on to discuss how to balance affordability with great places to work and discussed a new breed of co-living rental spaces which model the rise of the co-working space – units with more shared spaces, Instagram worthy décor, and recreational programming. Spaces are being re-imagined for “the mobile millennial talent who want to work in innovation hubs but can’t afford to live in the city,” said Faktor.

The importance of having mixed-use neighbourhoods to sustain the growth of innovation districts was also addressed. MaRS had all of the core ingredients said Fejer. Proximity to academia, the University Health Network, access to TTC – “It was ripe in terms of its location.”

MaRS is currently launching a new innovation community on the waterfront, in partnership with Menkes. The residential development by the waterfront will have a huge impact to its success, Froebelius explained. 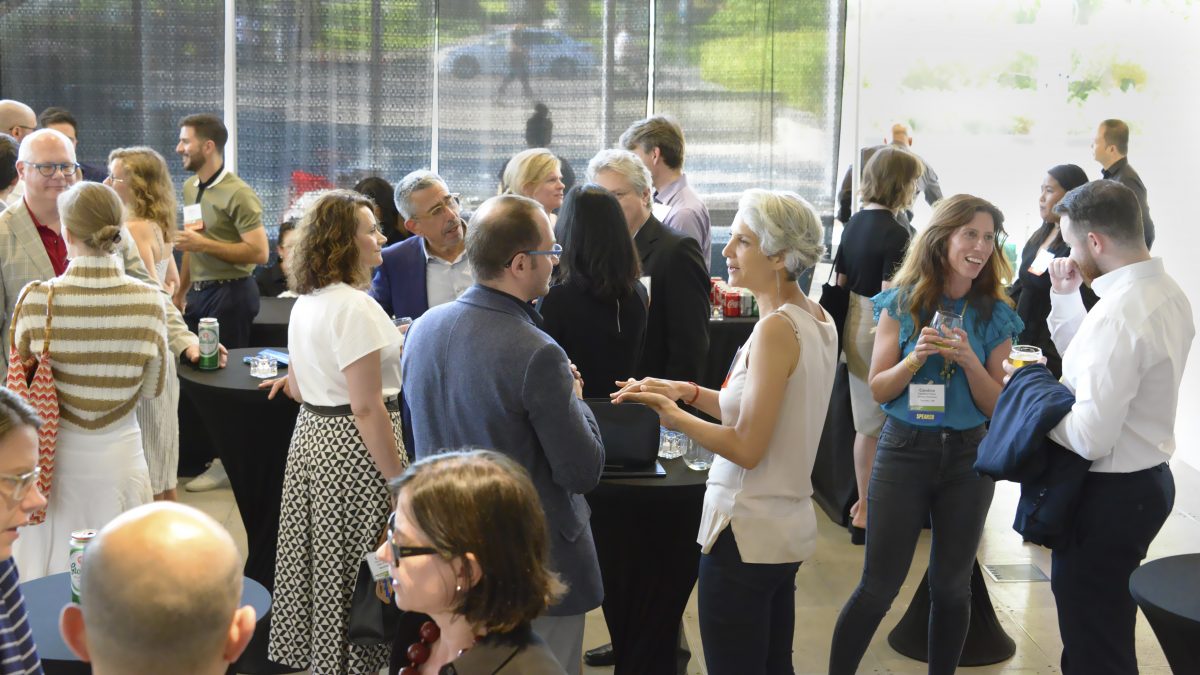 The Effect of Transit Lines on House Prices

Why Canada’s political system makes it difficult to fight floods