OTTAWA – The federal banking regulator is proposing increased requirements to the stress test facing homebuyers with uninsured mortgages as it looks ahead to a return to pre-pandemic financial conditions with higher interest rates. 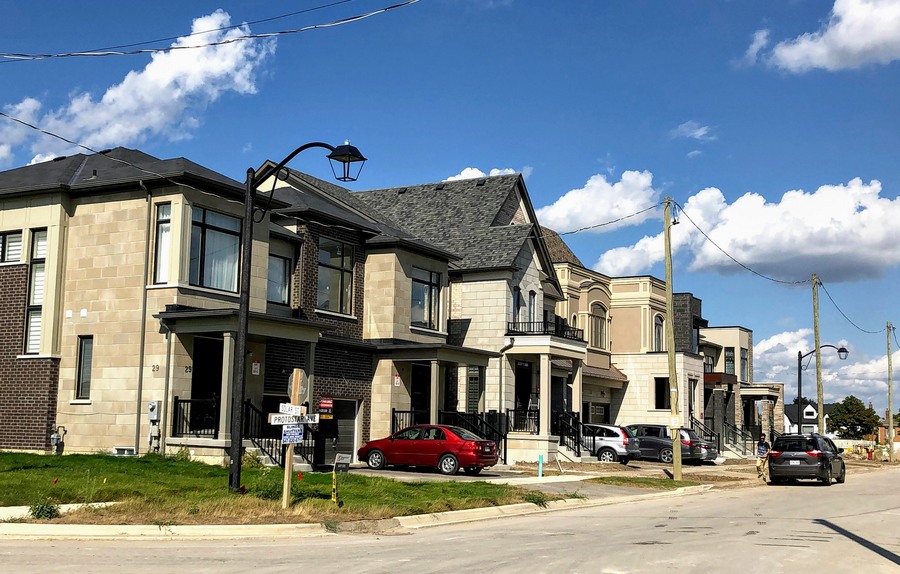 The proposal from the Office of the Superintendent of Financial Institutions would set the qualifying rate for uninsured mortgages at the contracted rate plus two percentage points or 5.25 per cent, whichever is higher.

That’s a change from the current rules of the bank rate plus two percentage points or the Bank of Canada’s five-year benchmark rate, which currently sits at 4.79 per cent.

Any buyer whose down payment on a home is less than one-fifth of the purchase price must undergo the stress test to demonstrate they could still afford mortgage payments in a higher rate environment. The measure adds a margin of safety for borrowers.

Rock-bottom interest rates, increased demand for homes and a shortage of supply have heated housing prices and prompted calls on the federal government and regulators to tighten rules to cool the market.

Increasing the qualifying interest rate would add a margin of safety so borrowers will still be able to make mortgage payments if rates rise, the regulator said.

In light of the current economic environment, we have announced a new proposal for the minimum qualifying rate for uninsured mortgages and reinforcing the principles of sound mortgage underwriting. Details: https://t.co/BtwPZtggGs
[4/6] pic.twitter.com/pf3DBloAi8

#HaveYourSay on the new proposal on minimum qualifying rate for uninsured #mortgages!

OSFI proposes new qualifying rate for uninsured mortgages. The higher of the mortgage contract rate plus 2% or 5.25% as a minimum floor. Boom.

Ironically, this will have a larger impact on the less credit worthy borrowers such as first time buyers who are already stretching to get in. Those with high incomes and strong credit will continue to accumulate real estate.

This @OSFICanada proposed stress test change really makes no sense. And I’ve been very much in favor of most tightening policies in the past. #overkill

Speaking to reporters, superintendent Jeremy Rudin said the overarching concern is that the system needs to be ready for a return to pre-pandemic conditions, when rates will once more be higher.

“We have interest rates that are extraordinarily low, even by recent standards. And it’s possible, not certain, but possible if not likely that they’re extraordinarily low because of the pandemic, which as long-lived as it is, will in some sense be temporary,” Rudin said.

“We want to make sure that when the mortgages that are being taken today renew in three, four or five years, that lenders are protected so that borrowers are well-positioned to be able to service those debts, and safeguard the stability of the financial system.”

The proposed rate of 5.25 per cent was the average benchmark rate in the 12 months leading up to the pandemic. It will now be subject to a new round of consultations over the coming weeks with a final decision coming into force on June 1.

Sherry Cooper, chief economist at Dominion Lending Centres, warned in a note that the timeline all but ensures the boom in home buying will accelerate as buyers try to get in before the deadline. She also said the federal government “could well follow OSFI’s lead in tightening qualifying rules for insured loans.”

Finance Minister Chrystia Freeland is responsible for any changes to the stress test on insured mortgages. Rudin said the Finance Department was among the federal agencies consulted on Thursday’s proposal, adding that changes to the two tests have happened at different times in the past.

Freeland: “We will continue to monitor housing market conditions across the country. To inform potential steps the government may take, we will closely examine the results of the consultation announced by the Superintendent of Financial Institutions” #cdnecon #cdnhousing

James Laird, Co-founder of Ratehub.ca, said the regulator’s proposal in the near-term would make it more difficult for first-time homebuyers to qualify for a mortgage, but could help them in the long run if the policy has the desired effect of slowing home value appreciation.

Dave McKay, president and CEO of RBC, told reporters on a conference call that the any change in the qualifying rate test would be easy to implement into the bank’s existing mortgage adjudication process.

“We can tweak this really quickly and have an impact in short-term,” he said. “From that perspective, it’s smart directionally, and smart as far as implementation goes.”

– With files from Tara Deschamps