And as climate change makes all kinds of extreme weather more frequent and more destructive, scientists at the National Research Council are trying to figure out how to ensure Canada’s built environment is ready. 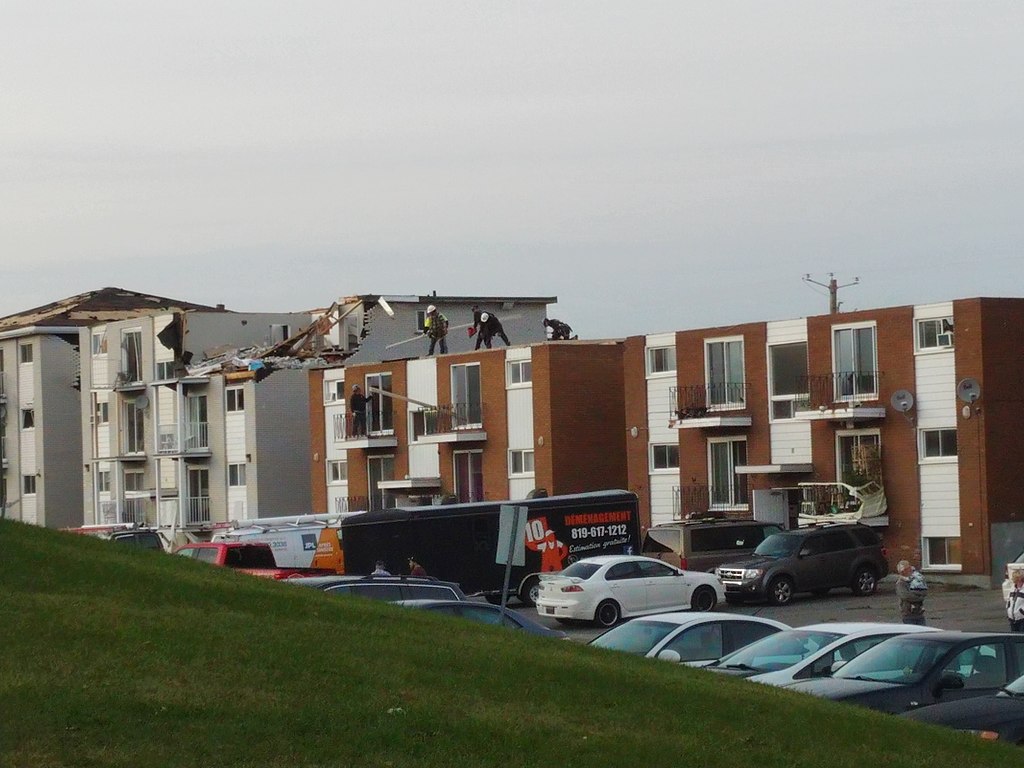 ”We’re going to see change in the way we’re designing new buildings to help prevent the spread of wildfire, prevent the damage from flooding,” said Marianne Armstrong, who manages the council’s research effort.

”We want to create a culture of thinking about resiliency.”

The council is coming to the end of a five-year research program that has considered how changing weather and the new norms it brings will change stresses on buildings, roads, wastewater, transit, bridges and other infrastructure.

More than 100 researchers have been working on the project, which has had a budget of $42.5 million. They include materials experts, ocean scientists, and aerospace and transport engineers.

Another 100 organizations such as universities, provinces and municipalities have been involved.

Canada’s building codes are modernized every five years. The next update is due this year and is likely to see the first changes meant to address the country’s new climate reality.

”Climate change, the fact that we now see a rapid change of that environment, is a new focus for us,” said Frank Lohmann, the research council’s manager of code development.

The new code will upgrade building requirements for wind resistance and how buildings bear snow loads. There will be new rules for rainwater collection. Automatic backflow systems will be compulsory to reduce flooding risk.

The coming changes are just the start, Lohmann said.

The research council is building a database predicting climate stresses under different scenarios for every region of the country. Researchers are looking into how those stresses are likely to affect the durability of walls and roofs.

Some are developing new guidelines for how structures can better resist higher flood levels. Others are working on how to ensure buildings stay cool during hotter heat waves.

”Just now we’re getting the data together for those future climate conditions and coming up with how to design for it,” said Armstrong.

”That information will be finished by 2020 and in time to be considered for the next cycle of changes to the building code.”

While the council writes the national building code, it has no force until it is adopted by provinces, which write their own regulations. That means scientific advice may be reflected in a variety of ways _ from outright rules to guidelines to incentive programs.

Canada is not alone in its efforts. Armstrong is recently back from a conference where Americans, New Zealanders and Australians were all asking the same questions.

”From all perspectives,” she said, “Canada is a few years ahead of the game. We have momentum in this country to adapt.”

The council has to consider not only the variables of climate, but the different ways the world will respond to its challenges. It has to look at how Canada’s population could shift and how land use will be altered.

”The future’s always going to be uncertain. That being said, we can tell you how uncertain, so you can make up your mind how to design for it.

”We do know for certain that past history does not represent the future.”

This report by The Canadian Press was first published Jan. 1, 2020.

Toronto home sales up 17.4 per cent in December, average price up 12 per cent