Feds invest $12B in Ontario public transit projects in GTHA

By Shawn Jeffords – THE CANADIAN PRESS Last updated May 13, 2021

TORONTO – Ontario and the federal government have struck an agreement that will see Ottawa kick in $12 billion to help build several transit projects in the Greater Toronto and Hamilton Area over the next decade. 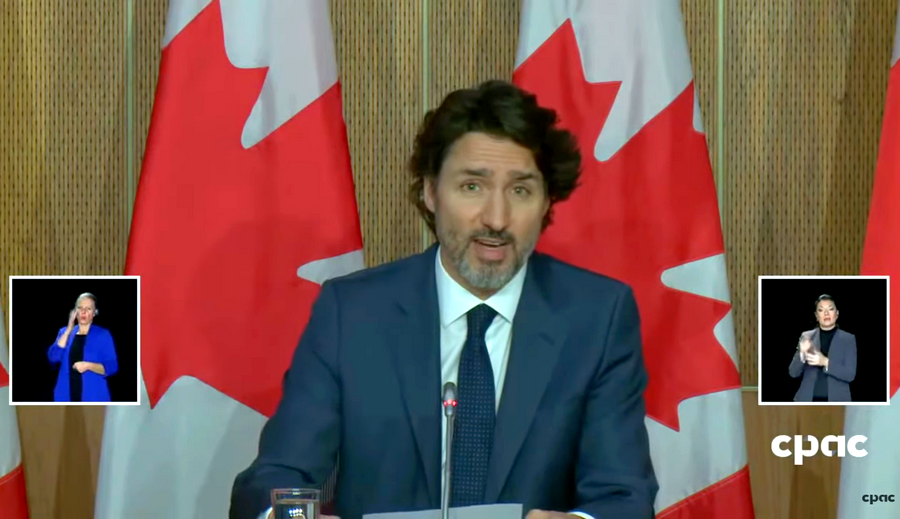 “This $12 billion in funding means people will get where they need to go faster, all with tens of thousands fewer cars on the road daily,” he said.

The Ontario Line project in Toronto will bring rapid transit from Exhibition Place, through downtown, to the Ontario Science Centre.

The Eglinton Crosstown West extension will create a rapid transit line along Eglinton Avenue between Scarborough, in Toronto’s east end, and Mississauga, Ont.

In Hamilton, Trudeau said the federal government will support a rapid-transit line that will go from McMaster University, through downtown, to Eastgate Centennial Park in Stoney Creek.

Later Tuesday, the federal and provincial governments said $10.7 billion of the total funding from Ottawa would be going toward the four GTA projects while further information on the Hamilton project would be detailed Thursday.

The GTA projects will create over 16,000 jobs during the construction period, the governments said. By 2041, the projects are expected to have a total daily ridership of over 620,000 with almost 400,000 people within walking distance of a new transit station, they said.

The projects were first announced in April 2019, when Premier Doug Ford unveiled a $28.5-billion transit plan for the GTA.

Ontario has committed $17 billion to the projects but Ford asked for federal and municipal funding contributions for the rest of the plan. He vowed, however, to go it alone if necessary.

More time with your loved ones and less time stuck in traffic – that’s what you want, and that’s why we’re investing in public transit projects. These projects will also create jobs, cut pollution, and make our communities more liveable. Get the details: https://t.co/9frpuoU2YU https://t.co/kAzkNVbSyJ

2⃣ The Ontario Line will bring 15.6KM rapid transit from Exhibition Place through downtown and end at the Ontario Science Centre, relieving crowding on other lines. The federal gov will contribute up to $4B to this project. pic.twitter.com/Am5NqmDs3u

4⃣ The Eglinton Crosstown West Extension will extend the future Eglington Crosstown by 9.2KM, creating a continuous corridor between Scarborough and Mississauga. The federal gov will contribute up to $1.87 B to this project. pic.twitter.com/po4ABuDiNS

Federal infrastructure minister Catherine McKenna said Tuesday that after six months of talks, Ottawa and the province reached an agreement that will see Ottawa contribute 40 per cent of the funding.

McKenna said all of the projects will help Canada restart its economy post-pandemic by putting thousands of people to work while tackling overcrowding in the transit system.

“Sometimes in rush hour, people have to wait for two or three trains to go by before they can even get on,” she said.

“This major investment will help not only deal with that, but it also creates tens of thousands of good jobs and will help gridlock traffic off the road and it will significantly reduce greenhouse gas emissions.”

Today, the federal gov announced over $10B in 4 shovel-ready public transit projects in the #GTA — the largest public transit investment in GTA history. This will be good for residents like essential workers, women, immigrants & youth get around in faster, cleaner & cheaper ways. pic.twitter.com/URoExbZj8a

Ontario Transportation Minister Caroline Mulroney acknowledged that there have been questions about whether the projects would even be built and said the agreement shows they are moving forward.

“By working together, the governments of Canada and Ontario have sent a clear message that we will take decisive action to champion the public infrastructure projects that support the health and growth of our local communities,” she said.

Toronto Mayor John Tory said it had been difficult to get to a place where the latest agreement could be announced but stressed that the time for delay on building transit was over.

“We’ve taken too much time off over the years,” he said. “It doesn’t matter who we point fingers at it …we had to just get on with actually building the transit.”

Today, the federal government announced $10.7 billion in funding to support the delivery of four priority transit projects in Toronto.

This marks the largest transit expansion in Canadian history which will help us get people moving across the city. pic.twitter.com/BdloxN8mBM

Thank you @CanadianPM and @ONgov for your historic partnership and investment in the Yonge North Subway Extension. We look forward to getting shovels into the ground and advancing the delivery of York Region’s top transit priority. https://t.co/5uCg6uspLa pic.twitter.com/CAmT5v9jnW

We did it! Since being elected MP, I have advocated with the PM & Ministers that the Govt of 🇨🇦 provide the funding needed to build the tunneled Eglinton Crosstown West Extension. Today, Min. @cathmckenna announced 🇨🇦 will provide almost $2B to do just that! #cdnpoli pic.twitter.com/4yVB91nrQ1

The Yonge North Subway Extension is a catalyst for growth & prosperity in #YorkRegion. Minister @cathmckenna announced $10.4B in funding for four public transit projects in the #GTA, including up to $2.24B for the YNSE, investing in the success of our local communities. pic.twitter.com/whrAhL5TEN

Good news! Thank you @cathmckenna & our #ScarbTO MPs for funding the Scarborough subway, the cornerstone of our transit plan. Thanks to advocacy from @JohnTory and funding from @C_Mulroney, this project is now fully funded. pic.twitter.com/CIx25Si8H6

Dozens of Royal Orchard homes sport signs in protest of the proposed Yonge North subway extension route. On Saturday, residents will be carrying signs in a physically distanced protest.https://t.co/2hdcVaDQUw

I congratulate Mayor @frankscarpitti on his hard-fought pursuit over many years for YNSE full funding. We want a subway serving #Thornhill. However, the Option 3 plan to tunnel under homes in the Royal Orchard community, sadly, makes it a Pyrrhic victory. We can/must do better. pic.twitter.com/pzGjUeIG1K

Neighbourhood shocked that Toronto's new subway may run right under their houses https://t.co/Qn74LhH2Uu

Metrolinx is beginning its Environmental Assessment analysis in #Thornhill’s Royal Orchard neighbourhood May 13 for 3-4 weeks. They are holding a virtual Town Hall on the EA process May 19, 6:30 to 8:00 p.m. Details here: https://t.co/vf0Kn4tLuW pic.twitter.com/eK6CJhbCOm

This report by The Canadian Press was first published May 11, 2021.