OTTAWA — The federal Liberal government is promising cash-strapped cities billions of dollars in permanent funding for their public-transit systems — though most of the money won’t start flowing until later in the decade. 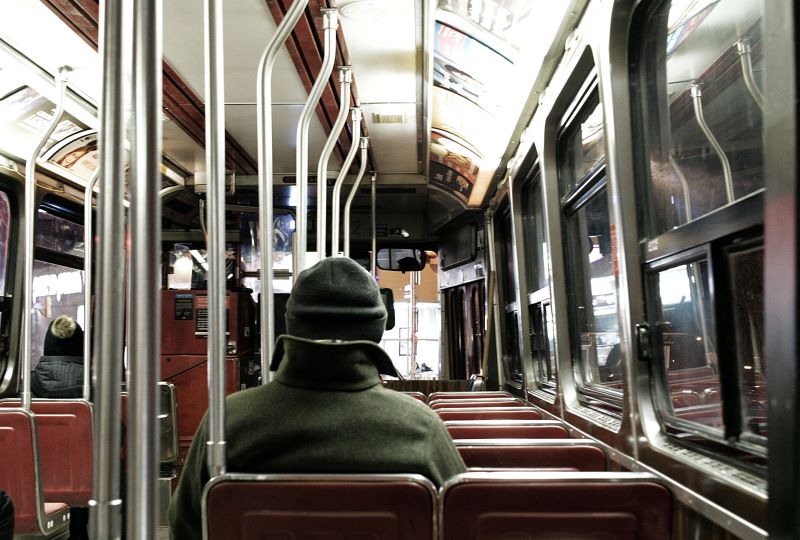 Prime Minister Justin Trudeau made the $14.9-billion announcement Wednesday as he prepared for a virtual meeting with the mayors of Canada’s largest cities, many of them struggling to make ends meet due to the COVID-19 pandemic.

“They will also be used to meet the growing demand for walkways and paths for cycling and help rural and remote communities deliver projects to meet their mobility challenges.”

About $6 billion will be available to municipalities right away for projects that are ready to go, according to the government, while the remainder will go into a $3-billion per year fund that can be doled out on a project-by-project basis starting in 2026-27.

Exactly what needs towns and cities will have over the long term remains uncertain as municipal leaders consider how their communities will be after the pandemic, including the extent to which working from home will replace many people’s traditional commutes.

Trudeau acknowledged those uncertainties, but suggested the importance of public transit will continue to grow, particularly as governments at all levels move to curb greenhouse-gas emissions and fight climate change.

“There will be no question that cities will still be incredible, vibrant places for economic growth for jobs,” he said.

“Yes, there will be more working from home, but people will still want to be getting around and there may actually be less need for certain single-occupant vehicles, and more use of better-quality, cleaner, and safer public transit.”

Edmonton Mayor Don Iveson, who is also chair of a group of mayors from Canada’s largest cities and participated in Wednesday’s announcement, echoed that assessment in an interview with The Canadian Press.

“Until there’s mass vaccination, it will take some time for ridership to recover,” he said. “But even in the worst-case scenario, most of us are assuming transit ridership returning to normal within three to five years. And so these systems that we’re building will be here for generations to come.”

The money promised on Wednesday is intended for new systems and expansions, and will not specifically help municipalities struggling to pay the costs of operating public-transit systems during the pandemic, when many buses and subways are largely empty.

While the federal government and provincial counterparts stepped up to help cover many of those shortfalls last year, Iveson said discussions about assistance this year remain ongoing.

“The federal government very much understands the need economically and as a matter of fairness to local governments who really aren’t in a position to run deficits in the same way,” he said.

“So we do need that backstop support. Provinces got there last year, and we’ll need to work with them to get there again for 2021.”

Iveson nonetheless welcomed the promised funding as a win for municipalities that have called for long-term stability and predictability when it comes to building and expanding transit systems, as well as a way to help the economy and fight climate change.

The task now: securing commitments from various provinces to pick up their parts of the tabs for individual projects.

To that end, the federal government says it will work with provinces, territories and municipalities along with Indigenous communities and others to identify projects and other potential uses for the $3-billion annual fund.

Infrastructure Minister Catherine McKenna’s spokeswoman Chantalle Aubertin says that unlike previous infrastructure commitments, the new money will not be specifically divided up between provinces, but instead put into a pot that can be dipped into whenever a project is ready.

That is because some provinces have not been using the money previously allocated to them, while others have been calling for more.

“This is exactly the type of leadership we need right now to build back better through Canada’s comeback from the pandemic, and the kick-start required to accelerate low-carbon transit projects across the country to meet the mobility needs of Canadians,” CUTRIC president Josipa Petrunic said in a statement.

Toronto Mayor John Tory as well as various environmental groups also chimed in with their support for the promised public-transit funds.

Conservative infrastructure critic Andrew Scheer, however, accused the Liberal government of failing to address the needs of Canadian municipalities and provinces due to delays in past infrastructure-spending promises.

The Liberal infrastructure program is awful, Scheer wrote on Twitter. “Just ask the (parliamentary budget officer), their own internal audits, and Statistics Canada. Justin Trudeau hopes you will be fooled by his promises for the future, when he cannot get the job done today.”

This report by The Canadian Press was first published Feb. 10, 2021.