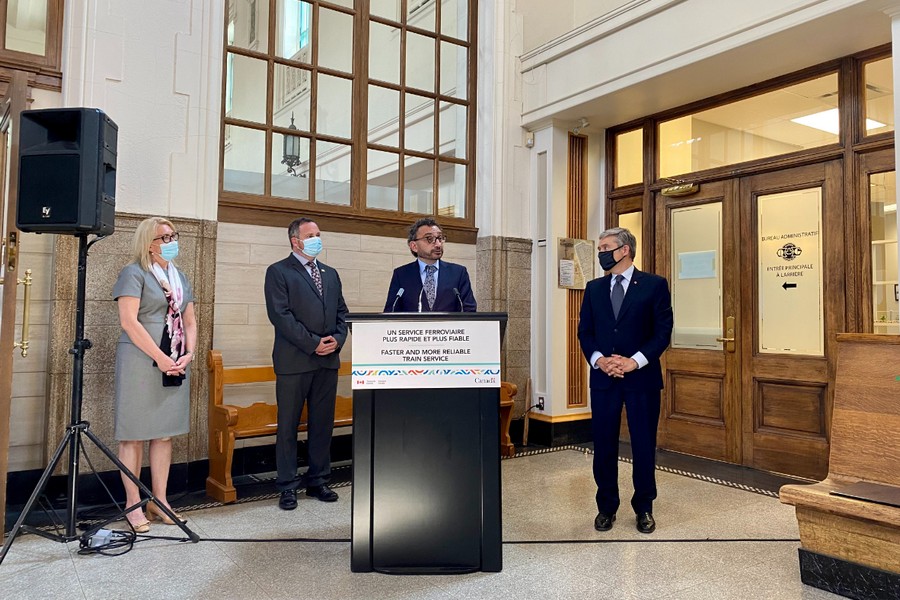 Transportation Minister Omar Alghabra says the government is now looking to engage with Indigenous groups and the private sector for feedback about the projected line that would connect Quebec City to Montreal, Ottawa and Toronto.

Officials are also set to begin dialogue with partner railways to negotiate dedicated routes in and out of the major cities.

Alghabra says the new line will provide more reliable service, aiming to bring Via Rail’s on-time arrival performance to 95 per cent from the current average of 67 per cent.

He says the improvements will also allow the number of daily departures to triple and called the upcoming train line one of the largest infrastructure projects in Canada in decades.

The request for proposals for the procurement process is expected to launch this fall.

Canadians deserve a fast and reliable train service. Today, in Trois-Rivières, I announced that we’re preparing to launch the procurement process to build a new train service in the Toronto to Québec City Corridor, which includes Trois-Rivières. https://t.co/m3KSd0LPi0

Toronto home sales and prices down in June, but TRREB will still upgrades forecast