TORONTO – Ontario Premier Doug Ford is defending his government’s use of a controversial land planning tool as concerns mount about overuse. 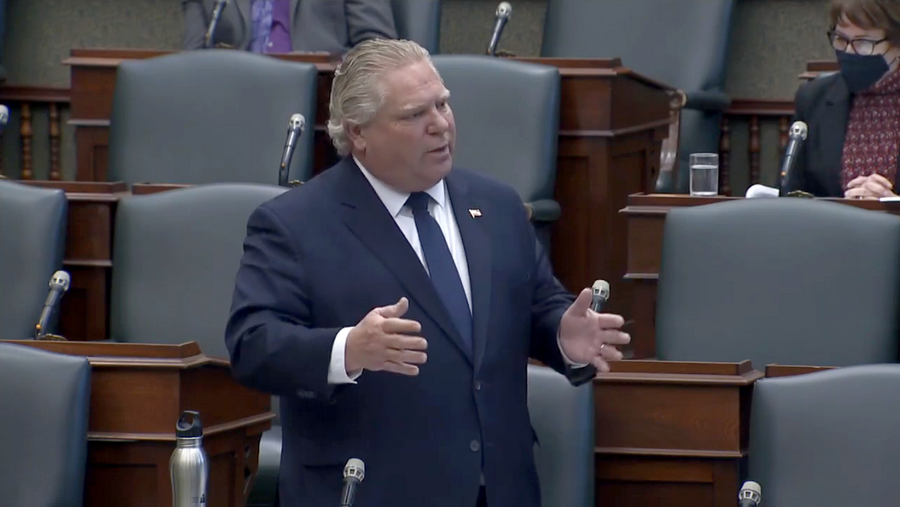 The mechanism known as a ministerial zoning order gives the municipal affairs minister power to fast-track development in a given area.

Opposition politicians have criticized the Progressive Conservative government for issuing dozens of the orders last year compared with infrequent use under previous governments.

Ford argued in the legislature today that his government is using the orders to help create more jobs and affordable housing after the pandemic.

But NDP Leader Andrea Horwath says some of the recent orders don’t fit that description, including a controversial warehouse project proposed for a wetland in Durham Region.

Ford also denied that his government is approving zoning orders based on political donations, saying he does not know who the developer is on that particular site.

The proposal from the wetland's landowner, Triple Group of Companies, is for the biggest retail warehouse of its kind in Canada.
Sources say the warehouse would be built for @Amazon.
A spokesperson for Amazon Canada said the company isn't commenting on its future plans. #onpoli pic.twitter.com/FS5t6Y1Adp

My sources say the landowners/developers of both the Pickering wetland and the Ajax golf course have pitched to Amazon to become the home of the biggest retail warehouse in Canada, and the company is waiting to see which project clears all the zoning & legal hurdles first #onpoli pic.twitter.com/CKcAw637Fc

The owner of the Pickering wetland has launched a case against the rezoning of the Ajax golf course at Ontario's Local Planning Appeals Tribunal (what used to known as the OMB). The impact of that? It bogs down the rival developer's land in a legal process that could take months. pic.twitter.com/cTlZXEkchK

Finally, one additional statement from Amazon Canada. "We take environmental issues very seriously and will discuss how to support the environment on any lease that we sign." #onpoli https://t.co/f76MnC0kGT