When Vancouver’s Cambie Corridor became a major transit artery in 2009, a 30-year densification plan emerged. Community facilities, childcare spaces, parks and recreation, and more than 15,000 new homes were scheduled to transform the area into an affordable and desirable place to live.

Aperture by Arno Matis Architecture marks one of the first housing developments completed in the area, and sets the stage for imagination and innovation in the projects pegged to follow. Occupying a full city block in a single-family-transitioning-to-urban neighbourhood, the 98,000-sq.-ft. project blends six-storey multi-units with two-storey private villas. Water gardens, communal rooftop terraces, cantilevered decks, and landscaped courtyards dissect the various spaces, encouraging social interaction and a connection with nature in this rapidly developing urban space.

Further strengthening this sense of connection is the project’s unique building skin and carefully designed façade. On the south side of the complex, windows are deep to provide shade, while units to the north are shallow to allow for increased natural light. Inspired by a camera’s aperture, these façades help to heat and cool the units, resulting in thoughtful and progressive passive design. What’s more, each aperture is framed with mahogany veneer assembled between two layers of glass. This assembly process — the first of its kind — reduces solar gain and increases thermal resistance. It also allows the wood to be preserved in its natural state by eliminating the need for stain, treatment, and maintenance.

“When the sun moves across the building’s façade, the wood really comes alive,” said Arno Matis, Design Principal and Founder of Arno Matis Architecture. “Suddenly, you can see its depth, and from panel to panel, the variation in the grain comes through.” 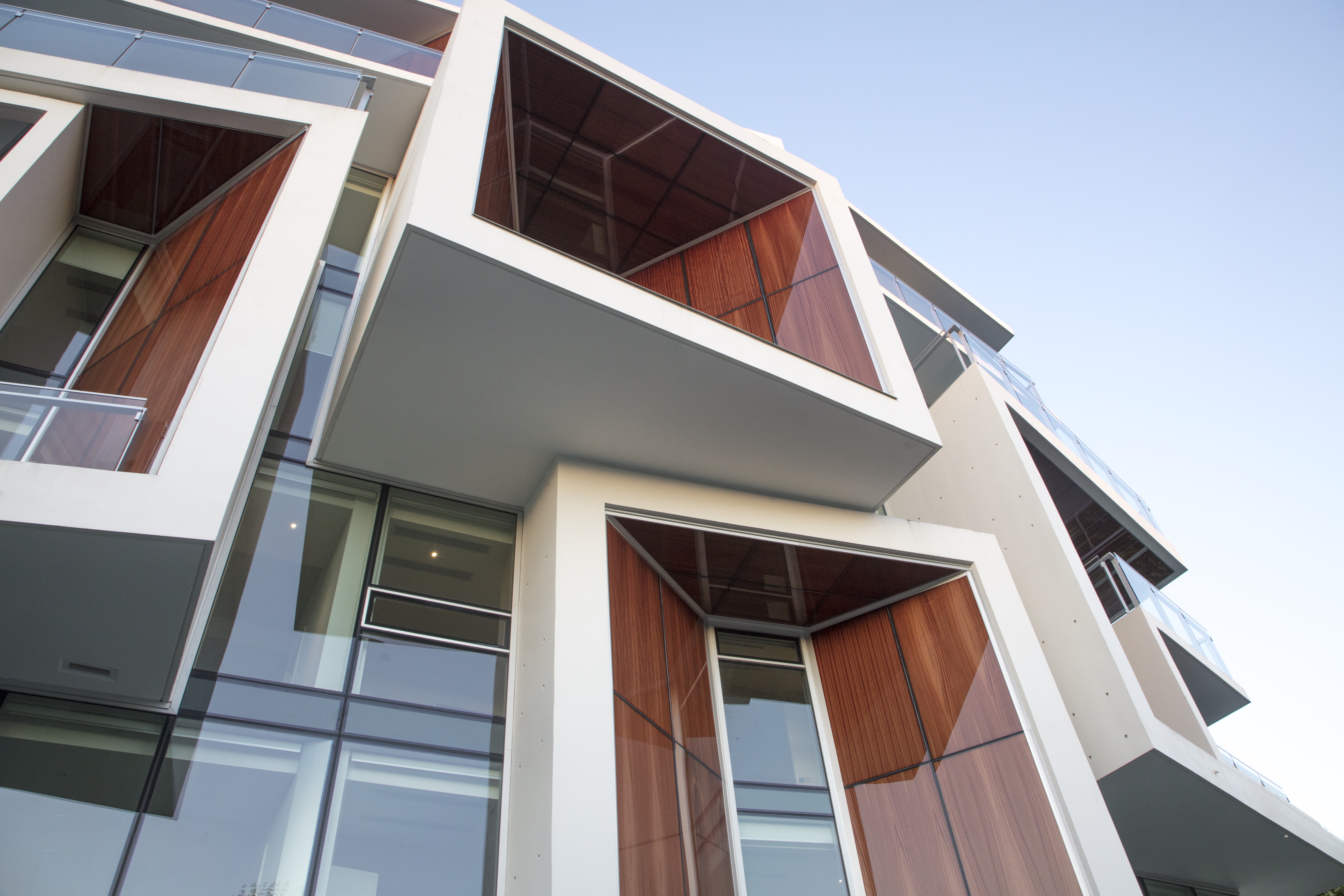 Despite initial resistance and uncertainty from developers and decision-makers in the area, Aperture aims to inspire similar form in other Cambie Corridor projects. “There was some apprehension at first. The planners struggled with what we were doing and didn’t fully understand where we headed with the project; but I’ve been living here for almost a year now, and every day I get a renewed sense of excitement and content,” says Matis, who now owns a unit in the complex. “The project proves that there’s a market for innovation, and I hope to inspire other designers and developers to take similar risks.”

Partly Cloudy with a Strong Chance of “Wow”!