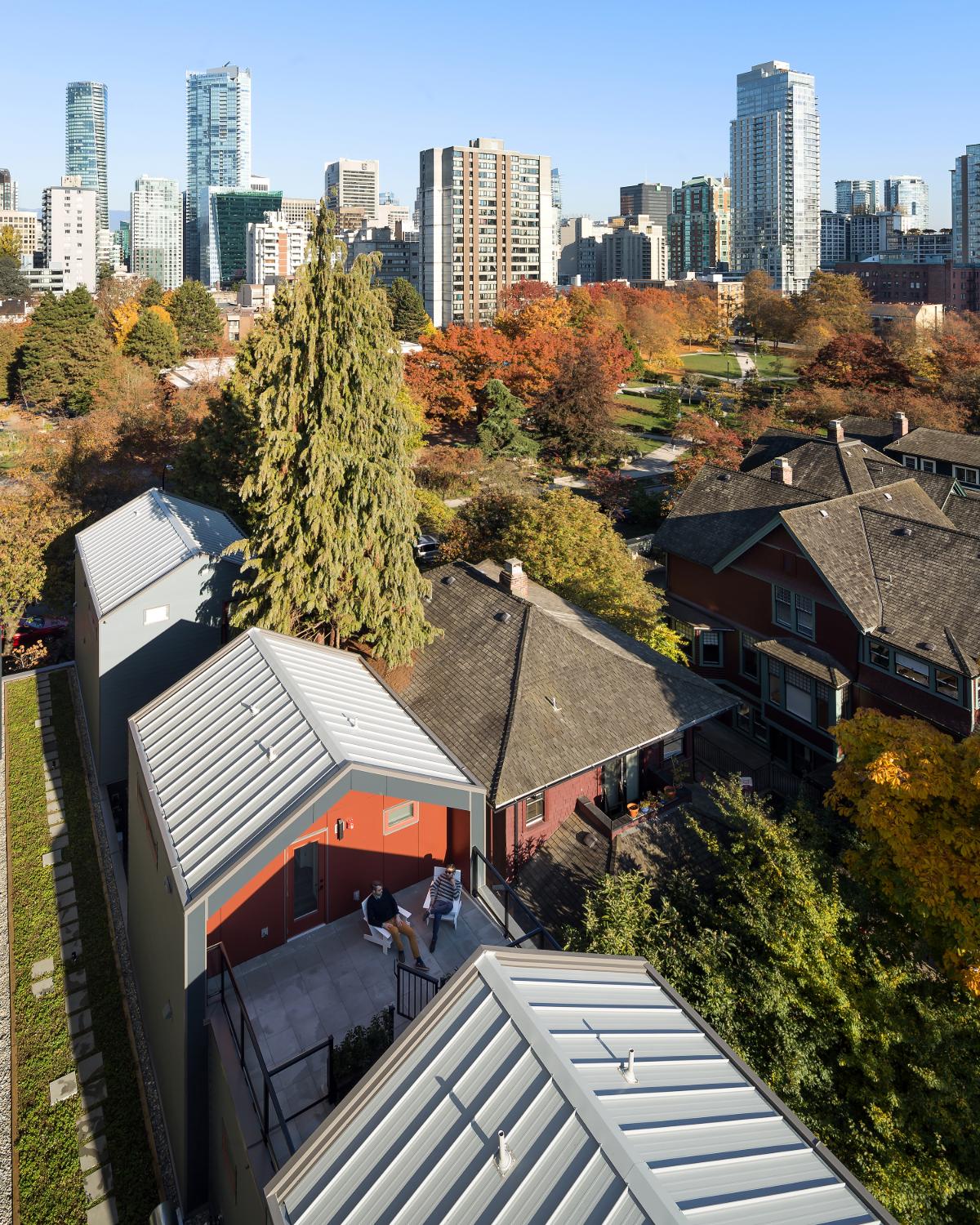 “When we started this project, ‘Missing Middle’ was not a well-known phrase,” says Shirley Shen, co-founder of Haeccity, of the building typology that calls for multi-unit housing on a small and dense scale. “What emerged is a model that can be applied in a widespread approach, providing much more housing choices across Metro Vancouver and other cities.”

Previously home to a single-family bungalow, the same site now contains six rental units: two fully accessible; two single bedroom; and two family units, one of which contains three bedrooms and a rooftop deck. “Being able to extract all of that from a lot that previously only served one tenant has a lot of value,” says principal Travis Hanks.

The building’s pitched roof, lapped siding and punched windows are a deliberate nod towards the historic homes in the area, while its central courtyard, careful network of paths and walkways, and separate exterior dwelling entrances (a common element of “ground-oriented” housing in Vancouver) foster an intimate and important sense of community. A green roof and existing mature Cypress tree were also incorporated to improve green space and general quality of life.

When confronted with challenging zoning and bylaw limitations, the Haeccity team saw an opportunity for innovation in their design. “It’s easy to look at the building, see the cantilever and all these unique formal moves, and think they’re simply driven by the architect’s desire for stylistic or formal expressions,” explains Hanks. “But in actuality, these moves were determined by site conditions and constraints.” Zero lot lines, privacy concerns, fire access regulations, parking requirements, tight setbacks and spatial limitations, among other challenges, greatly impacted the final design. “The space still makes sense and nothing was really compromised,” adds Shen. “In fact, it made it more interesting.”

In the end, Haeccity’s Infill Housing Project has become an attainable and realistic model for cities in need of increased housing options in the face of limited space. Serving a higher population of tenants on a more thoughtful scale, the project demonstrates how tricky regulations can be successfully navigated to achieve an effective and aesthetically-interesting architectural design.