B+H Architects has unveiled their design for the new 500-bed, multi-specialty Jiaxing Kaiyi hospital in Zhejiang province. Developed by Columbia China, the hospital, which opened its doors to the public in October of 2021, will serve as a new benchmark for healthcare in the Jiaxing Economic and Technological Development Zone. 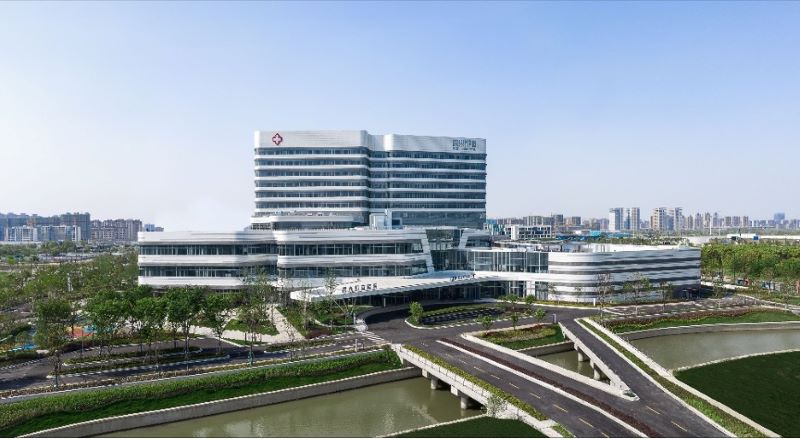 Upon entering, the lobby welcomes the public inside through a daylit and airy atrium, with living room-like lounge areas and indoor green spaces mimicking the feel of a home, with the goal of creating a calming place of respite for patients, staff and visitors.

Inspired by the Chinese Traditional Courtyard, the building’s design is composed of basic patterns that consolidate key program blocks around the light-filled glass atrium. This optimizes and reduces travel distance between parts of the hospital while simplifying wayfinding for patients and visitors alike.

The facility was “designed to put the experience of the patient first  and establish itself as a place of wellness as opposed to illness.” For example, half of the patient rooms in the Integrated Procedures Unit (IPU) face south to maximize access to natural light, while other features that amplify patient comfort include wider hallways, optimized exterior views, temperature and lighting controls and calming colours. 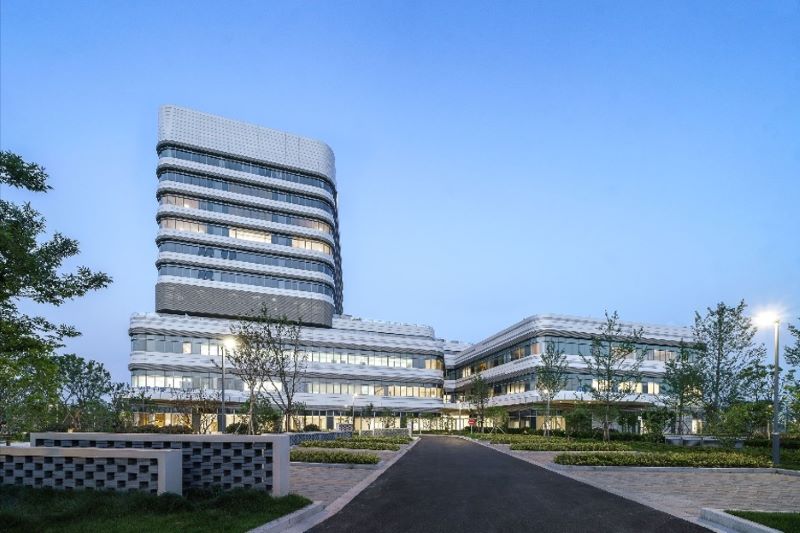 The design also prioritises family involvement in care by providing comfortable visitor seating in the wards and increased space around inpatient beds and family waiting areas.

Shared public amenity spaces such as the Family Hub on the third floor, where the operating theatres rooms, ICU and delivery rooms are located, provides families a place to rest, pray, and support each other.

Elsewhere in the hospital a large lecture hall provides opportunity for education, while the sunken garden connects a restaurant to a public park with water features and seating areas.

Biophilic design is woven throughout, including the sunken garden next to the B1 restaurant, rooftop gardens on level 4, indoor horizontal and vertical greening, and the public garden with walking paths and multiple water features.

The lobby’s ginkgo leaf wall covering  is inspired by the city itself. Jiaxing is a popular tourist destination for people seeking to enjoy the golden ginkgo trees, which represent strength, hope and resilience, words which were all used to guide the interior design concept, according to the developers. 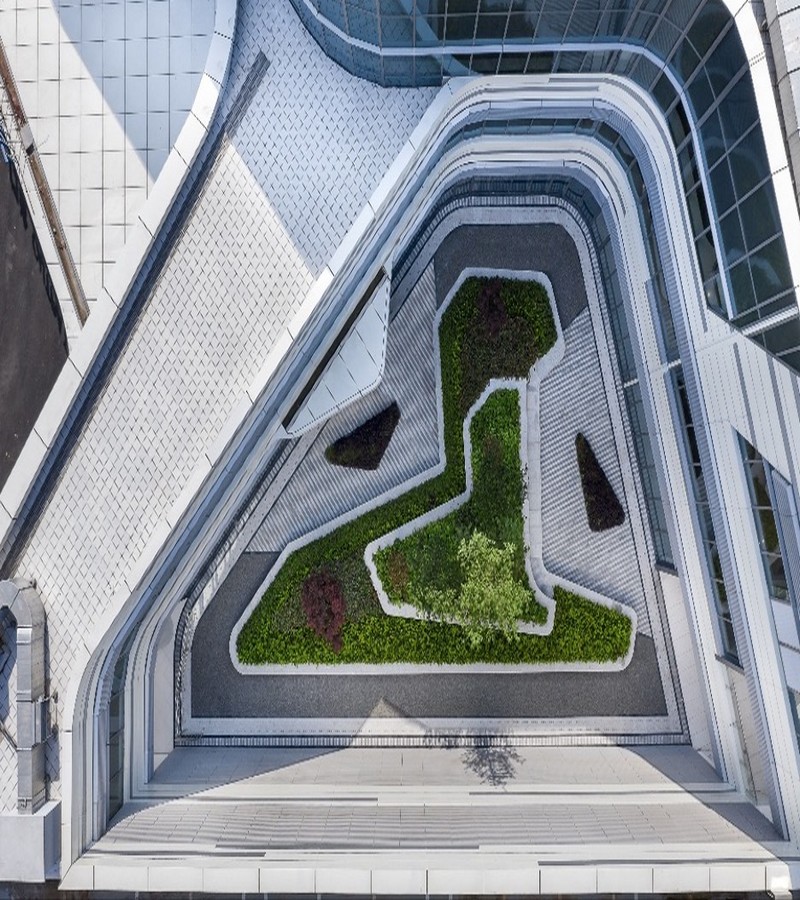 With an emphasis on resiliency, the design of the building features materials that are environmentally friendly and energy efficient, promoting energy savings and indoor air quality requirements that exceed China Green Building Two Star sustainable standards.

Designed in a park-like setting, the hospital is set back from major traffic, with vegetation and mature trees used to buffer the hospital from surrounding noise.

Flexible office spaces allow for future clinical expansion, alongside other clinical functions including radiology, which are designed with a modular approach to facilitate expansion. Sizable operating rooms can accommodate hybrid imagining/surgery or robotic surgery.

Phase two of the project will consist of a senior care facility alongside other public facilities that provide integrated healthcare services to better meet the diverse needs of its growing population.

A Place of Sanctuary: Pearl House

Partly Cloudy with a Strong Chance of “Wow”!