Designed by Saucier + Perrotte Architectes with HCMA Architecture + Design, the three-storey, 177,600-sq.-ft. building is neutral in character and defined primarily by its sculptural exterior. Here, two angular objects — one prismatic white and the other horizontal black — appear to float on the façade, evoking the dynamic nature of the sports activities occurring inside. 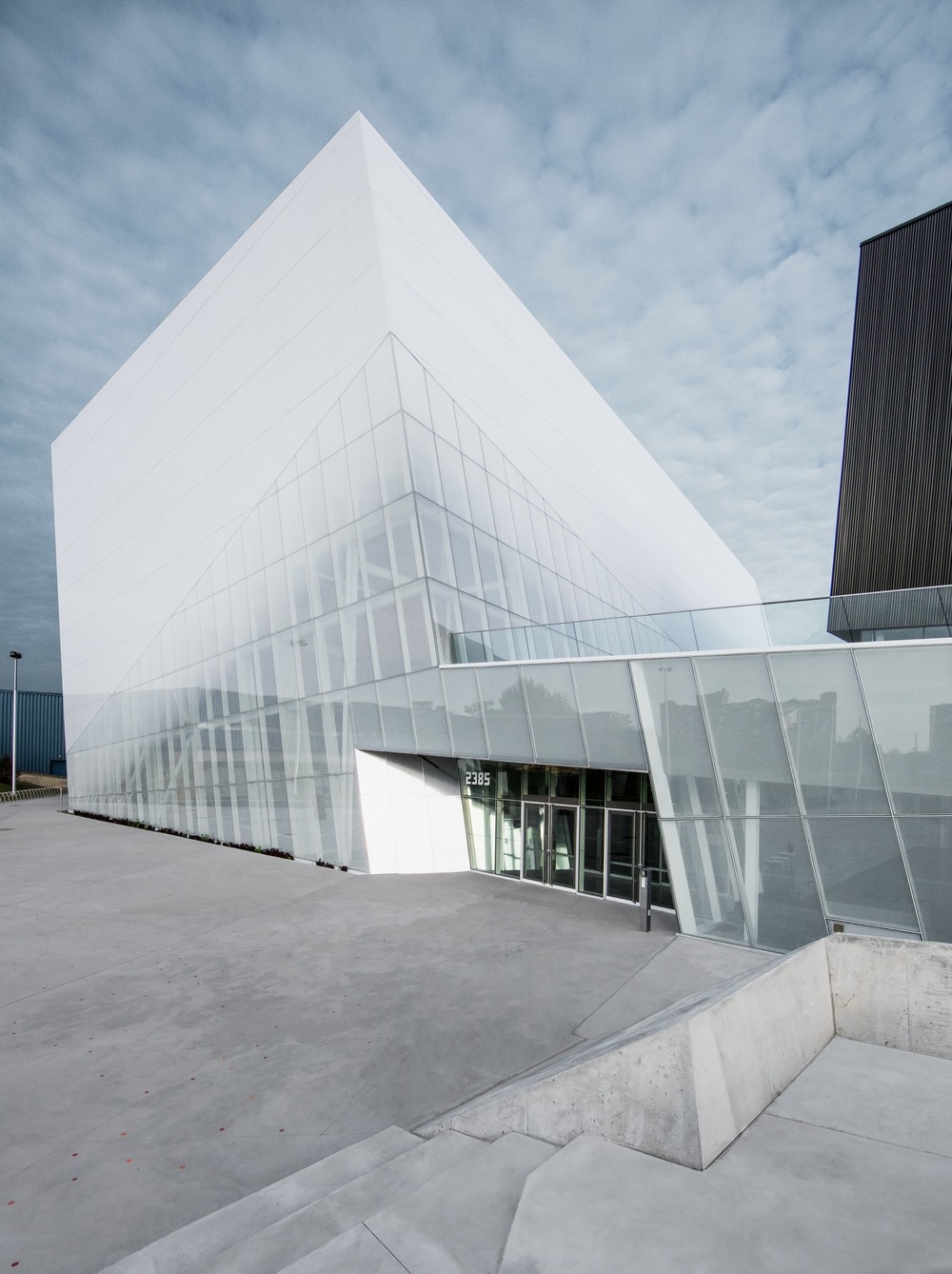 “We wanted to design a building that would have a strong sculptural presence in the community,” says Gilles Saucier, design principal at Saucier + Perrotte Architectes. “The idea was simple: to physically represent through the design of the Complexe the energy emitted by the users on site.” 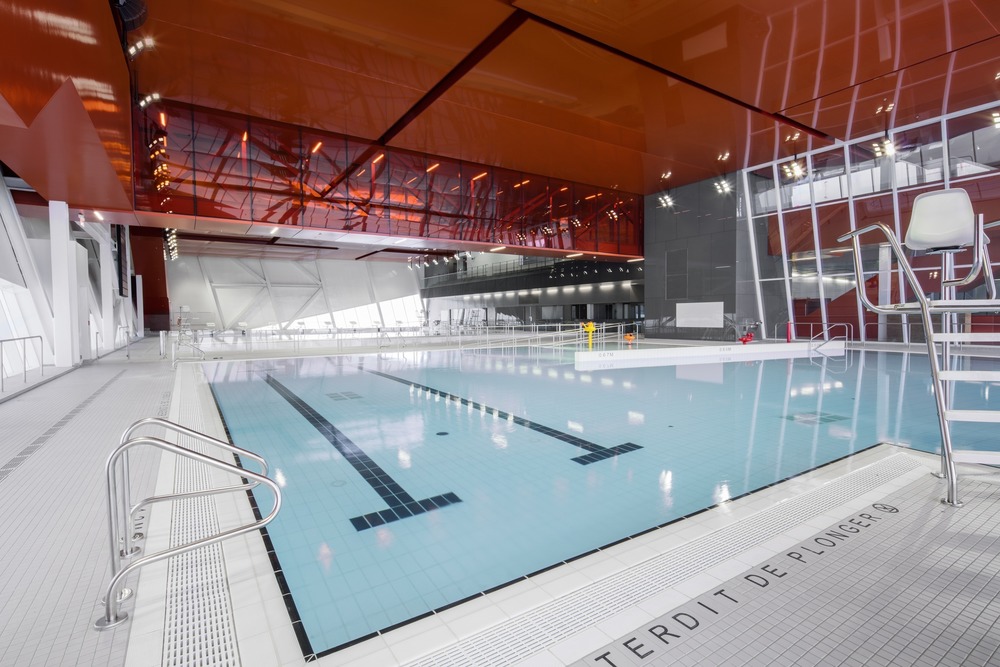 Inside, the facility accommodates a variety of physical activities, combining an indoor soccer field with a yoga studio, training room, change rooms, lockers and more. The building also contains a full-size gymnasium superimposed on top of a recreational pool and 25-metre semi-Olympic swimming pool, located in the white prismatic volume. To complement the sculptural exterior and to draw attention to this multi-use space, the design team opted for an orange staircase and ceiling that connects the pools to the gym. 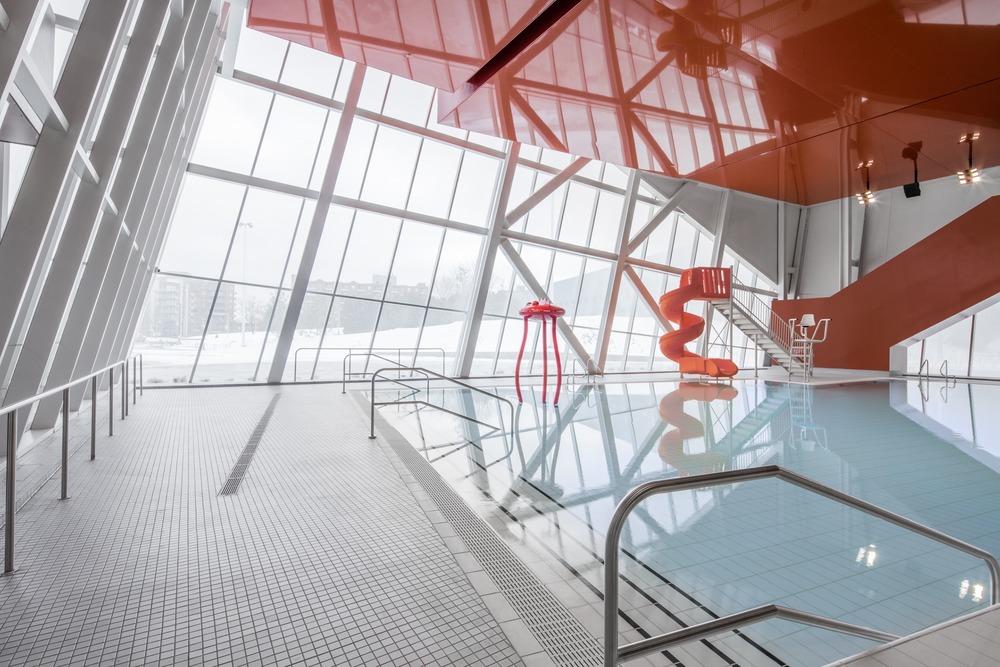 “We focused strongly on simplicity and minerality in the entire design of the Complexe,” says Saucier. “Everything is monochromatic, except for the orange sculptural piece itself. It’s meant to stand out as a warm object in the envelope of the white prismatic cloud.” 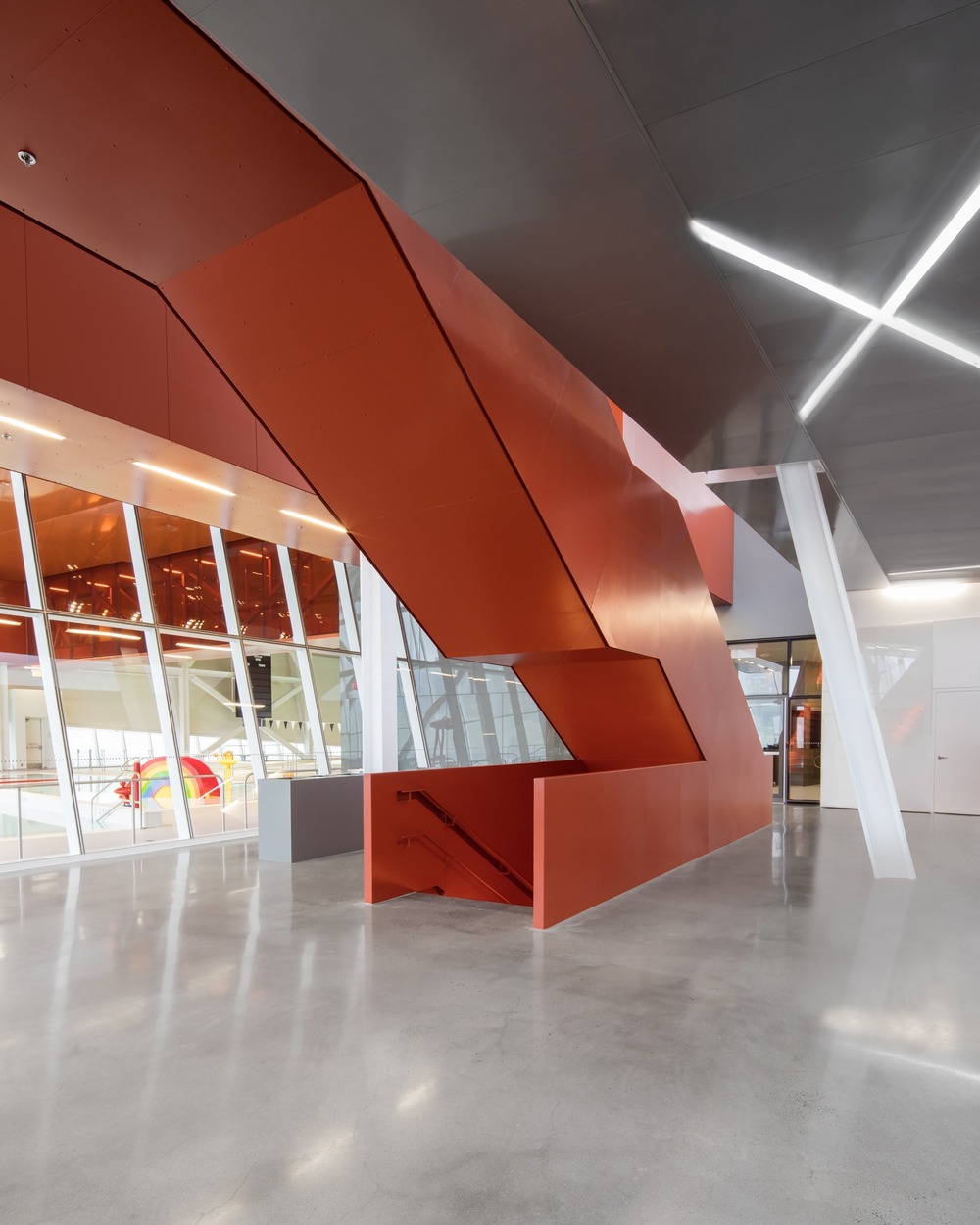 In addition to mirroring the horizontality of the neighbouring Émile Legault School and Raymond Bourque Arena, the Complexe aims to create a visual and physical link between the Marcel Laurin Park to its north and a projected green band slated to run along Thiemens Boulevard. The design team incorporated a ramp that travels between the two volumes and provides access to the park, while landscape architects Claude Cormier + Associés were mindful to complement and enhance the green space beyond. 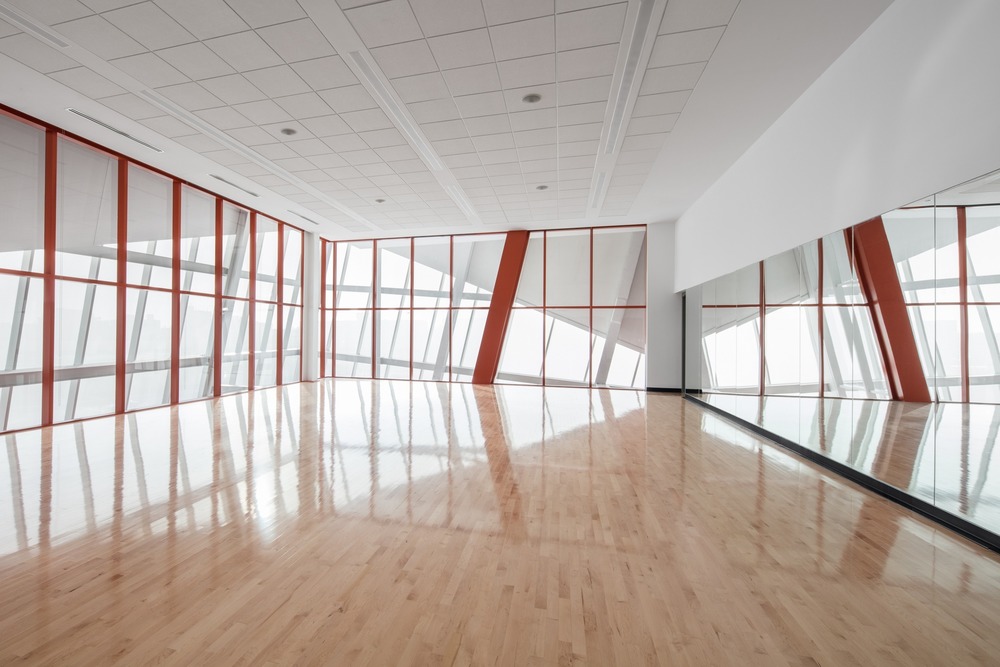 Artist Mathieu Gaudet also contributed to the dynamic nature of the project with a public artwork titled Les Environs. Composed of seven sculptural pieces that hint at the orange accents inside, the work forms an axis along the walkway leading to the building’s main entrance. 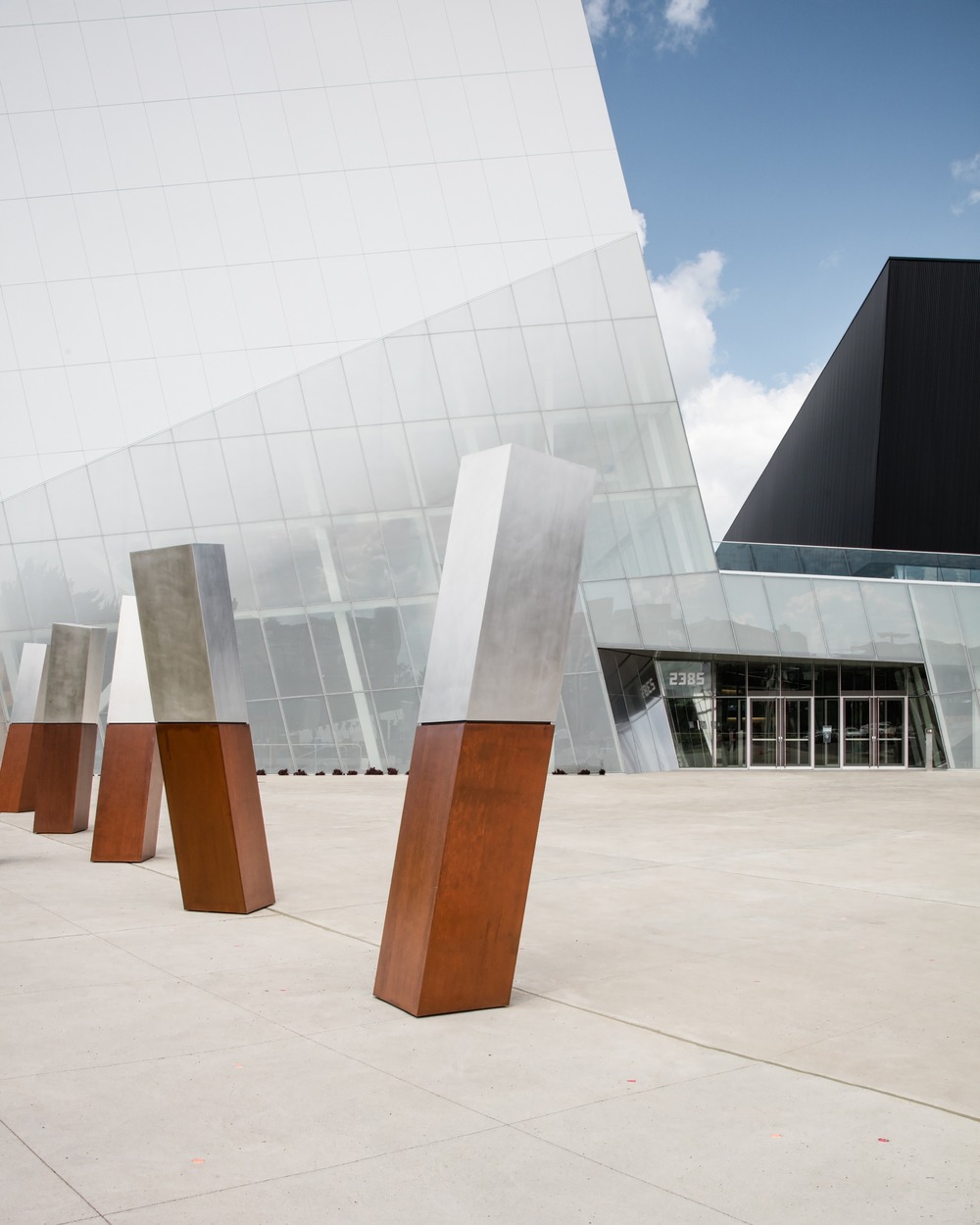 Realized with funding assistance from the Canadian and Québec governments, as well as support from the Ville de Montréal and Green Municipal Fund, the LEED Gold project contributes to an inclusive and healthy environment in Montréal’s borough of Saint-Laurent. “People are becoming increasingly interested in architecture and want to be challenged by new forms,” says Saucier. “The goal of this project was therefore to push the envelope and to bring the design to an extreme for the benefit of the city.”