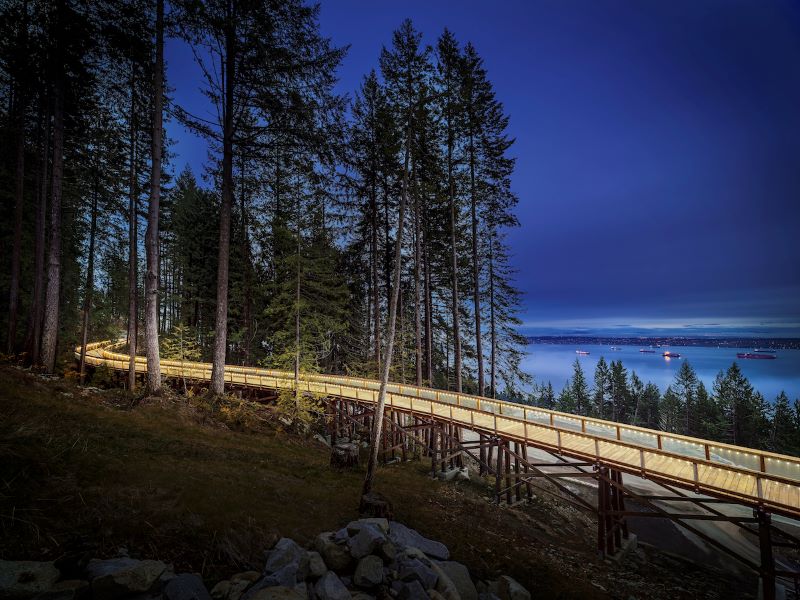 Like the wooden structures that inspired it, this newly built 200 metre (656 foot) long trestle spans two branches of a natural creek, through a new mountainside neighbourhood under development by BPP.

The trestle was envisioned, designed, and built by BPP to allow a mountainside pathway to cross a riparian area with a light touch, to reduce the environmental impact.  The trestle was constructed using modern techniques and principles of sustainability. 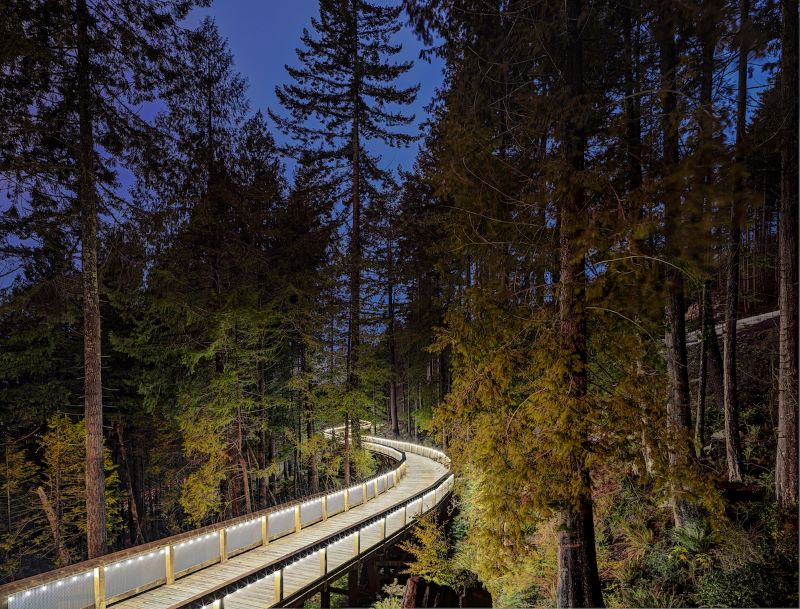 Second-growth fir and cedar were harvested and milled on-site, significantly reducing greenhouse gas emissions in the process, to provide the 71,000 board feet (168 cubic metres) of lumber required – fir for the structure and cedar for the railings. It was built in 32 segments over a two-year period, with each segment measuring approximately six metres (20 feet). 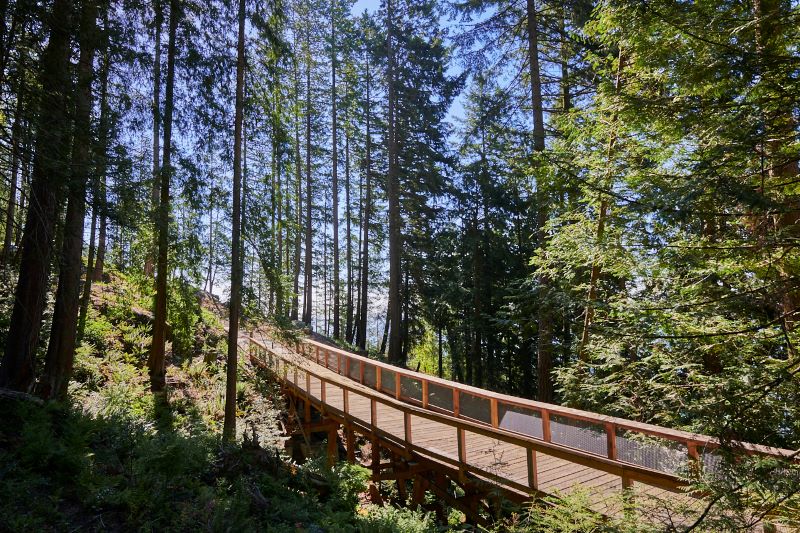 The trestle is part of a publicly accessible pathway – the Mountain Path – connecting the site that will eventually be home to Cypress Village, a master-planned community in one of Canada’s most desired municipalities, West Vancouver, with established and new mountainside neighbourhoods currently under development – all by British Pacific Properties. A maintenance program in collaboration with the District of West Vancouver has been established to ensure the longevity of the trestle.

Since opening in December of 2021, with limited public hours, the trestle bridge has captured the imagination of locals and visitors who have been flocking to the site on evenings and weekends.