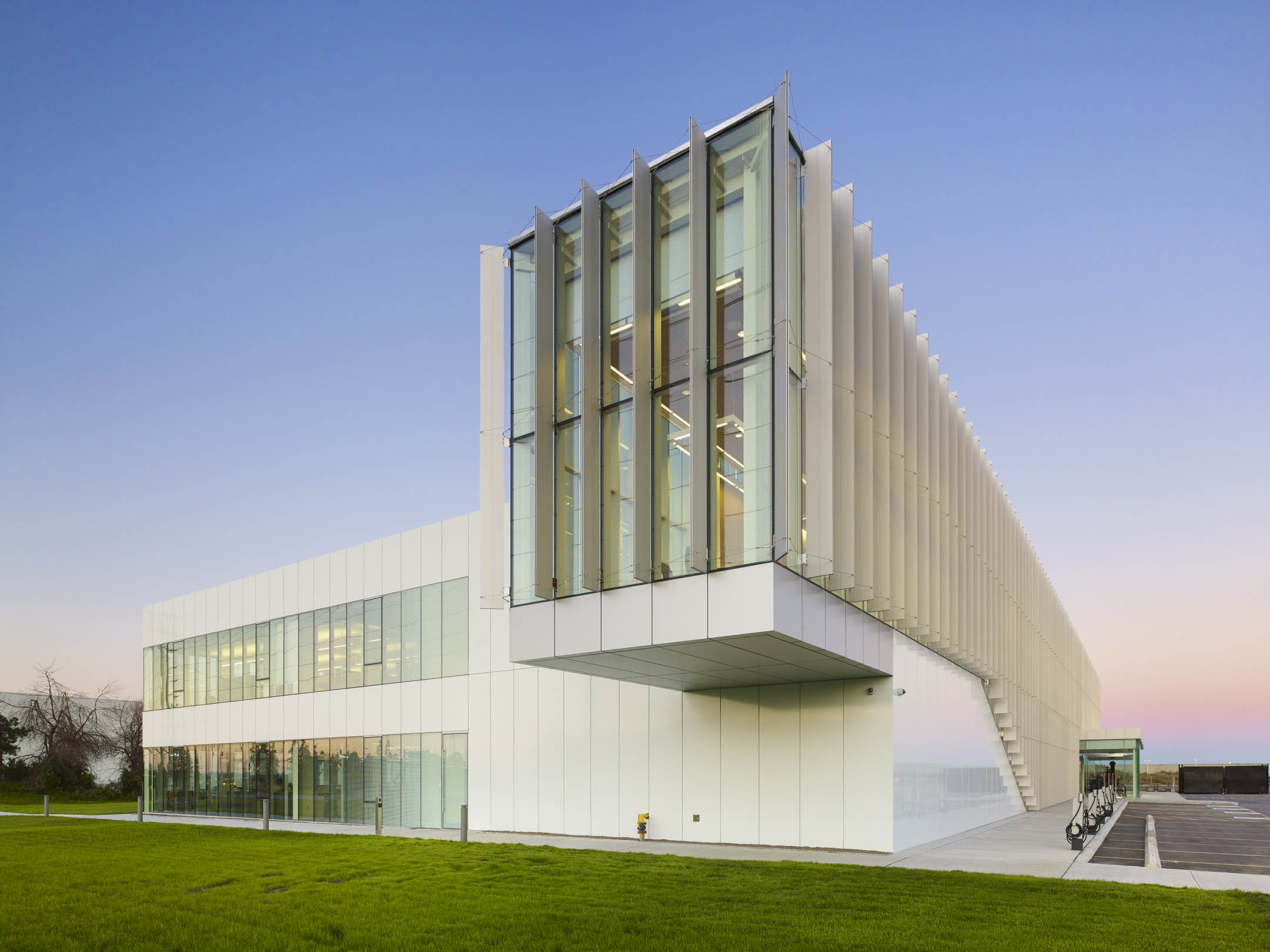 Designed by RDHA, the project replaces an aging complex on an adjacent, overlapping site. Phasing allowed for the gradual changeover and decommissioning of the existing facility with no break in operations. 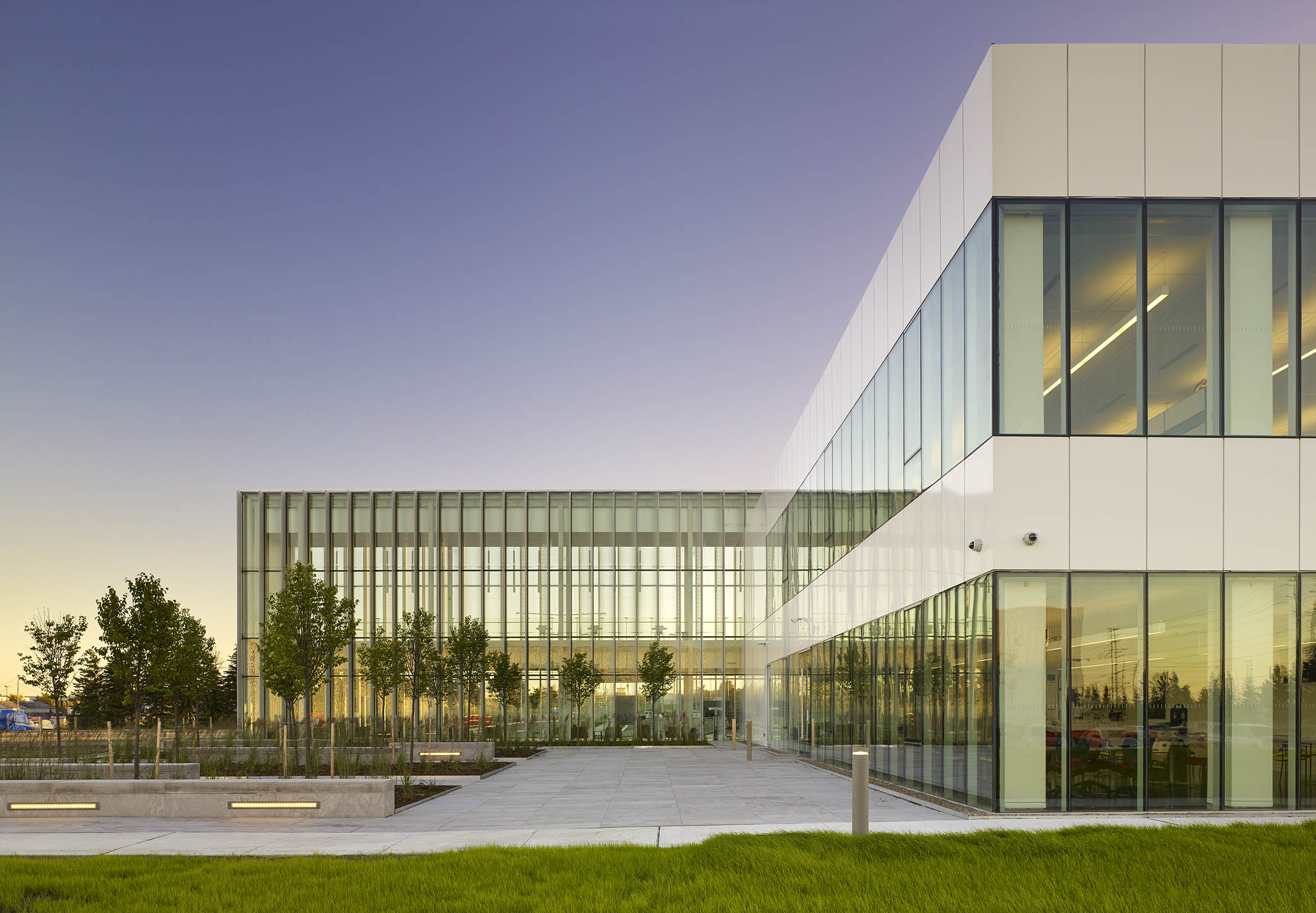 The project comprises a public side, with a two-storey, 3,700 sq.m office building, staff and public parking, a garden and event terrace, and significant green space, completed in 2015. The works yard phase has been recently completed. 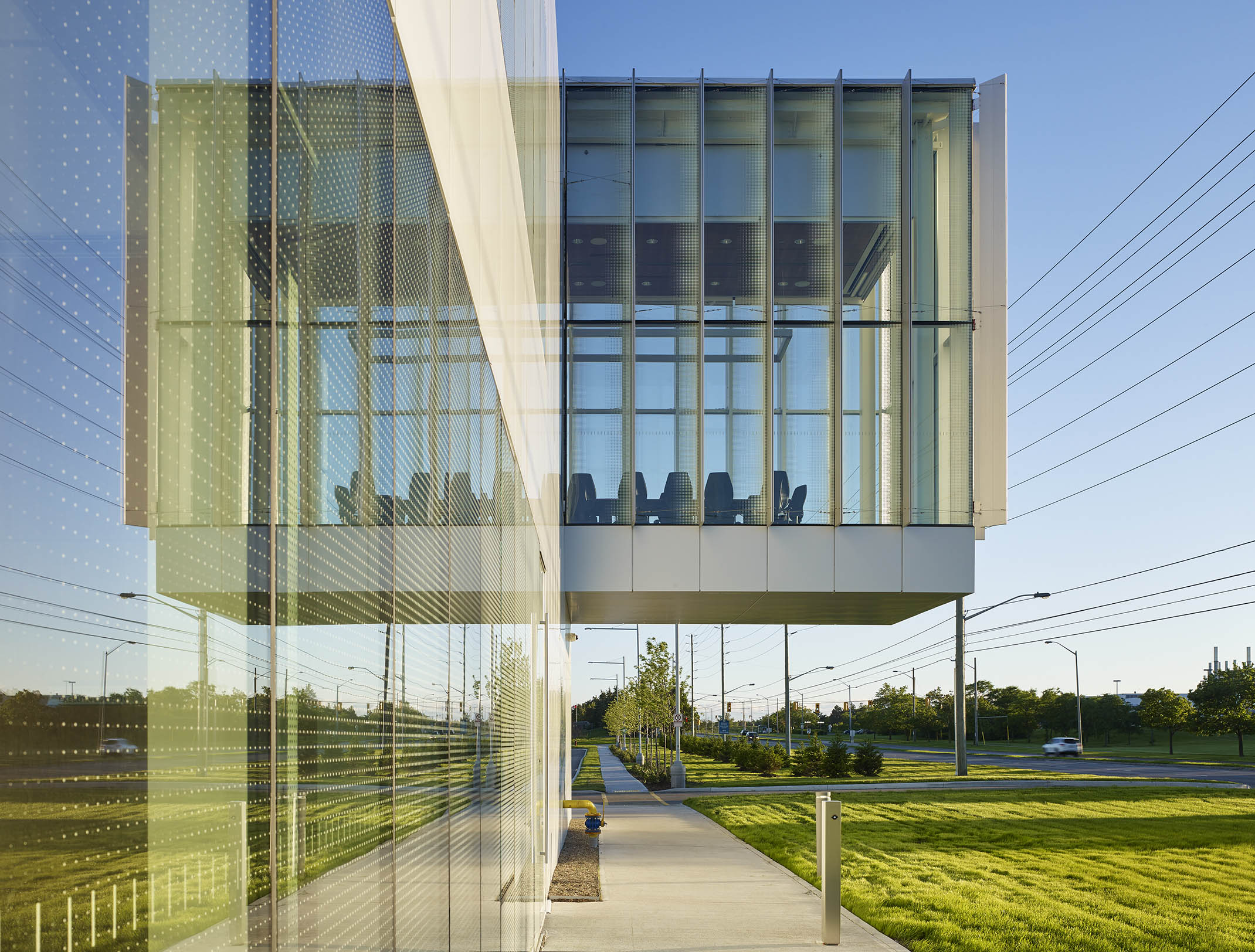 In contrast to its neighbours, the building approaches and engages the street with plentiful glazing and a cantilevered second-storey board room. Meanwhile, the site’s security fence only partially obscures the activity in the works yard beyond, promoting public engagement. 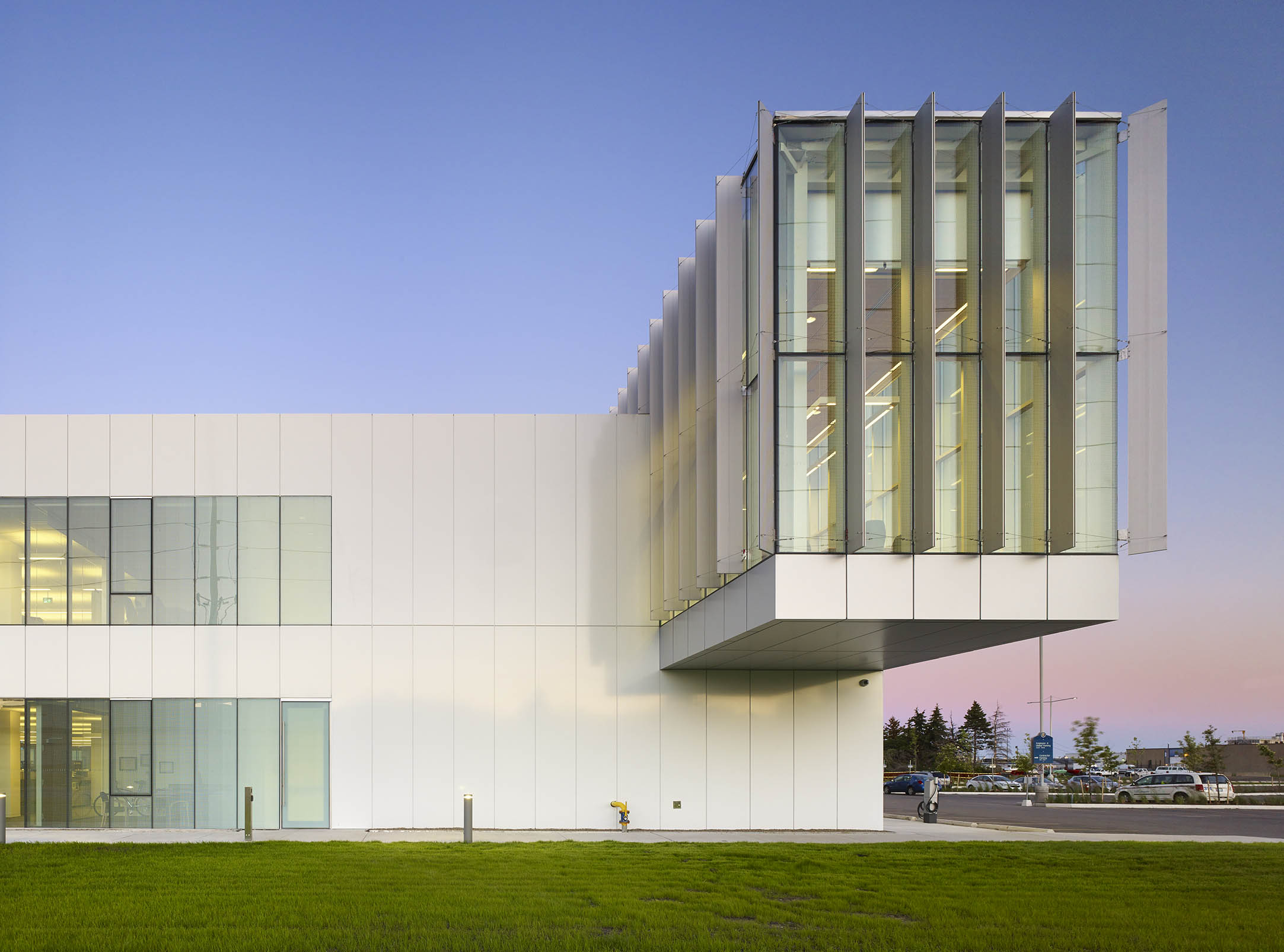 At the same time, the design focuses on transparency and material warmth – qualities not often associated with municipal operations centres. The result is a high-quality, stimulating environment for the City’s workers, and a facility that makes its inner workings visible to the public. 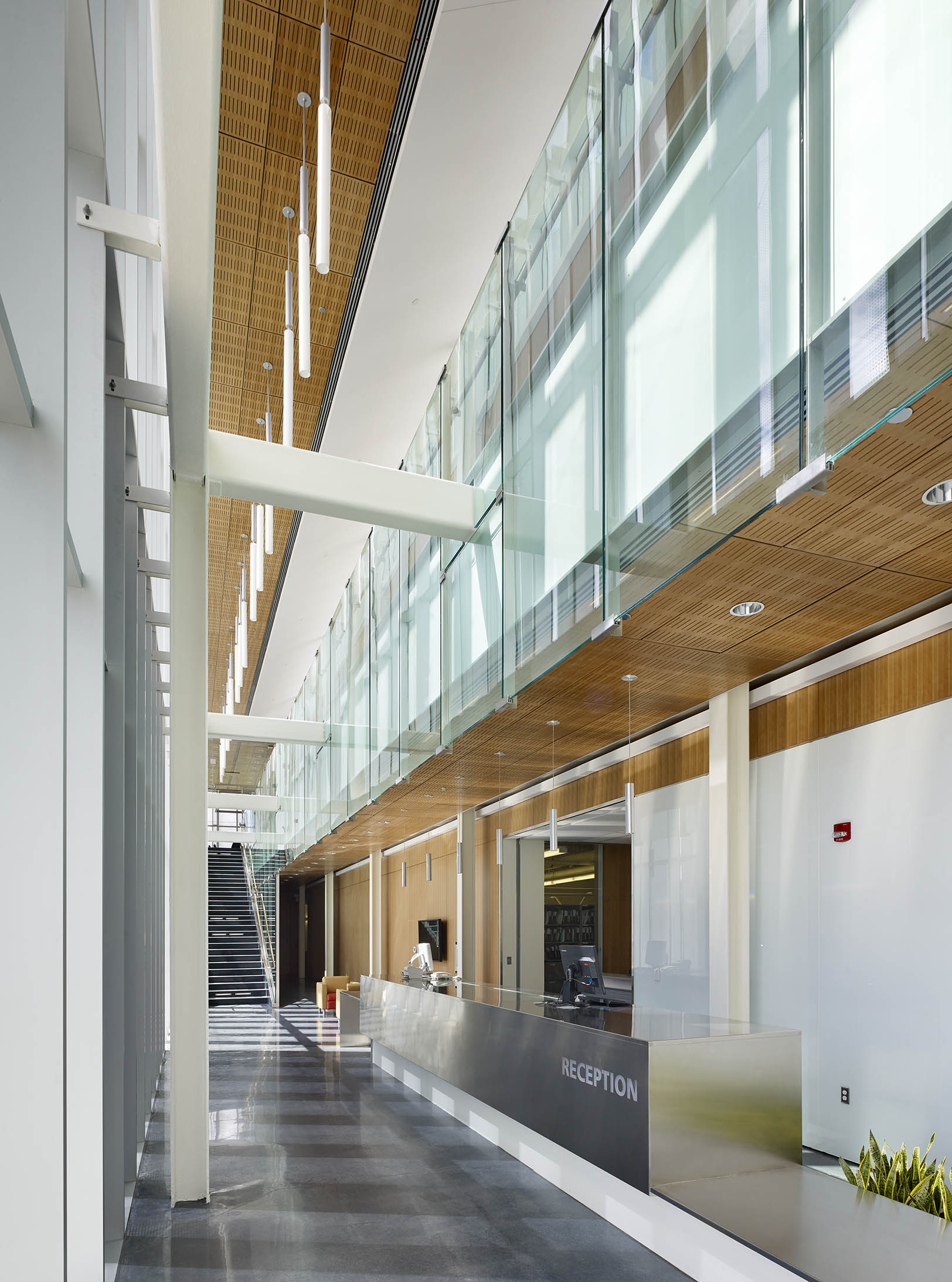 The central design feature is a two-storey linear atrium that forms a transparent spine running the length of the building, providing formal cohesiveness to the complex. Lined in cherry wood and glass, the atrium connects every major space in the building, simplifying wayfinding and security. 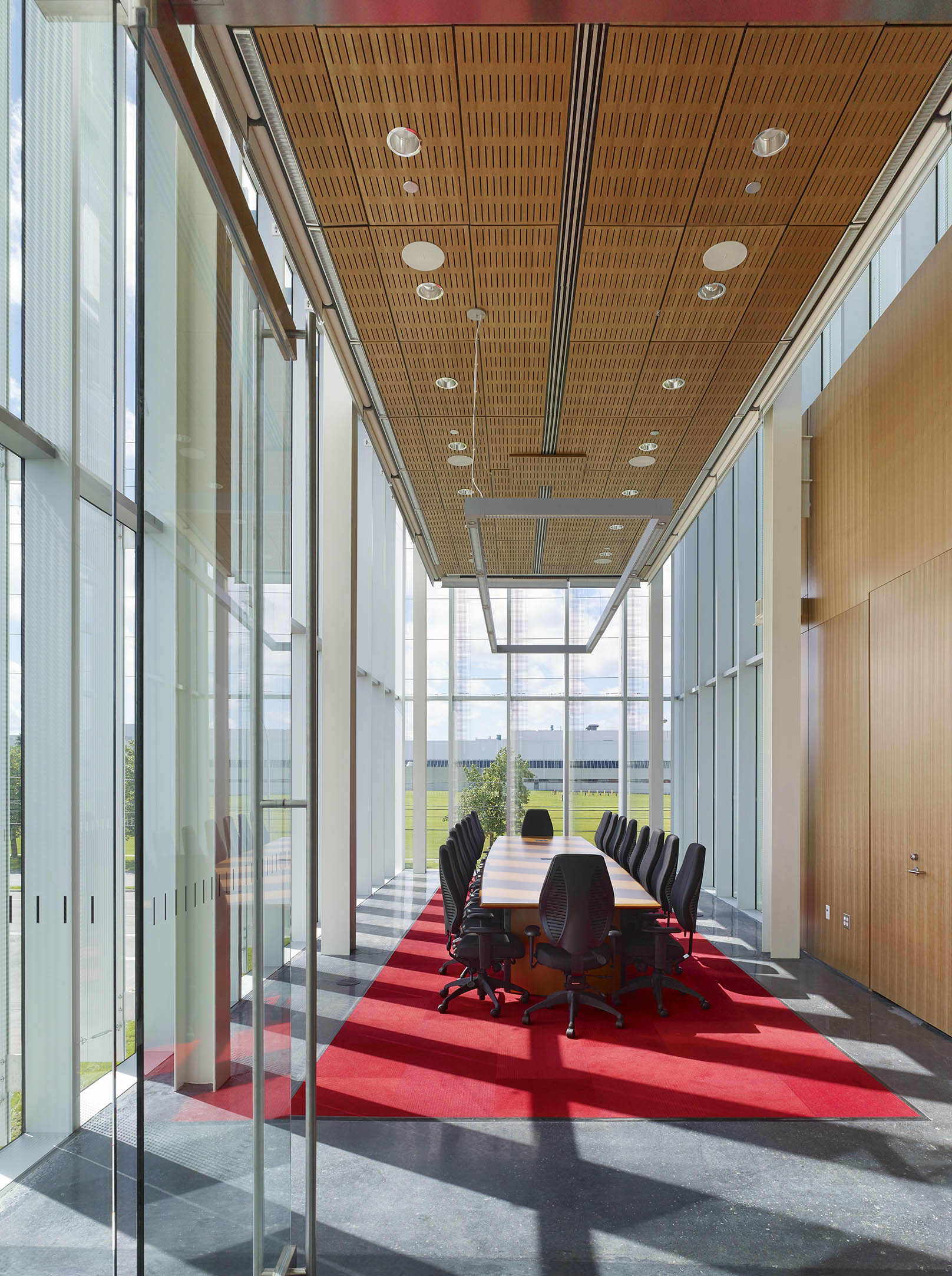 It was conceived to foster interaction and cohesiveness among office staff, outdoor workers, tradespeople and visitors, while eliminating the implied hierarchy of office and workshop spaces that is often seen in this building typology. Furthermore, by forming a bridge and single point of contact between phases, it allowed the later construction work to be completed with no disruption.

The Williams Parkway project elevates the usual parameters for the design of operations centres through a considered focus on material selection, functionality and aesthetics. By creating a practical public works facility that doubles as a communal landmark, the team has delivered a building that bolsters the mission of its users while serving the city.