Minister of Democratic Institutions, the Honourable Karina Gould, and Member of Parliament for Spadina-Fort York, Adam Vaughan, on behalf of Canada’s Minister of Natural Resources, the Honourable Amarjeet Sohi, have announced a $40-million investment for The Atmospheric Fund (TAF) to create Canada’s first climate centre in the Greater Toronto and Hamilton Area (GTHA).

The investment is part of the $350 million Low Carbon Cities Canada initiative announced in the March federal budget. This doubles TAF’s endowment contributions, matching the original $23 million from the City of Toronto in 1991 and $17 million from the Province of Ontario in 2016.

“Action in cities is key to fighting climate change. This visionary investment by the federal government significantly increases TAF’s capacity to accelerate low-carbon solutions in the GTHA in a way that also builds resilience, creates jobs and improves public health. And it’s a sustainable model, which will attract additional endowment capital and local investment.” Julia Langer, CEO, The Atmospheric Fund. 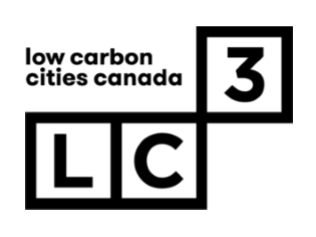 The Federation of Canadian Municipalities’ Green Municipal FundTM will serve as the national office centre for the LC3. Announced in Budget 2019, LC3 is part of the Canada’s $1.01-billion plan to make communities more energy-efficient. It will use federal investments to work with private investors, public agencies, utilities, non-profit organizations and other levels of government to build long-term, low-carbon solutions.

“The Government of Canada is proud to invest in low-carbon solutions in our cities, particularly through an initiative that will generate prosperity and unlock many social, financial and environmental benefits across the country,” said  Gould.

According to a release from Natural Resources Canada, this investment will create a network across Canada that supports local community action to improve energy efficiency and reduce GHG emissions.

“Canada’s cities and communities are on the front lines of climate change. We’re facing the weather extremes that wreak havoc on lives and businesses. And municipalities are on the forefront of climate action.” – @mayorjhttps://building.ca/?p=1003749813&preview=trueoannevdh #cdnmuni #climatechange pic.twitter.com/x0HOlHAFLj

“The LC3 centre in the Greater Toronto and Hamilton Area is a great example of what we can accomplish when working together. The Government of Canada is proud to be working with the Federation of Canadian Municipalities and The Atmospheric Fund to build tomorrow’s thriving, livable cities and communities that are also inclusive and sustainable,” commented Adam Vaughan, Member of Parliament for Spadina-Fort York.

According to TAF, the federal investment will benefit millions of local people for generations to come because it leverages TAF’s sustainable endowment model. TAF has revolved its original endowment three times in supporting carbon-reduction initiatives without depleting the asset or drawing on the tax base.

Canada’s energy efficiency sector supported 436,000 jobs in 2018, and this number is expected to grow by 8.3 percent this year alone. Investments like these are helping this sector grow faster, creating a better future for Canadians, said the release.

According to the Ministry of Natural Resources release, “through Generation Energy, Canada’s national energy dialogue, Canadians expressed that they want Canada to continue to be a leader in the transition to a clean growth economy. The Government of Canada will also continue to support smarter energy initiatives that create a clean, sustainable, competitive energy sector that cuts pollution and acts on climate change.”

“We already see our cities leading the way on low-carbon innovation, and this investment will unlock so much potential to go further — to build cost-saving energy solutions that build better lives for Canadians.” said Bill Karsten, President, Federation of Canadian Municipalities.