Now more than ever, communities need help adapting to the frequent and intensifying weather events caused by climate change. Reducing the impact of natural disasters such as flooding is critical to keeping Canadian families safe, protecting local businesses and supporting a strong economy. 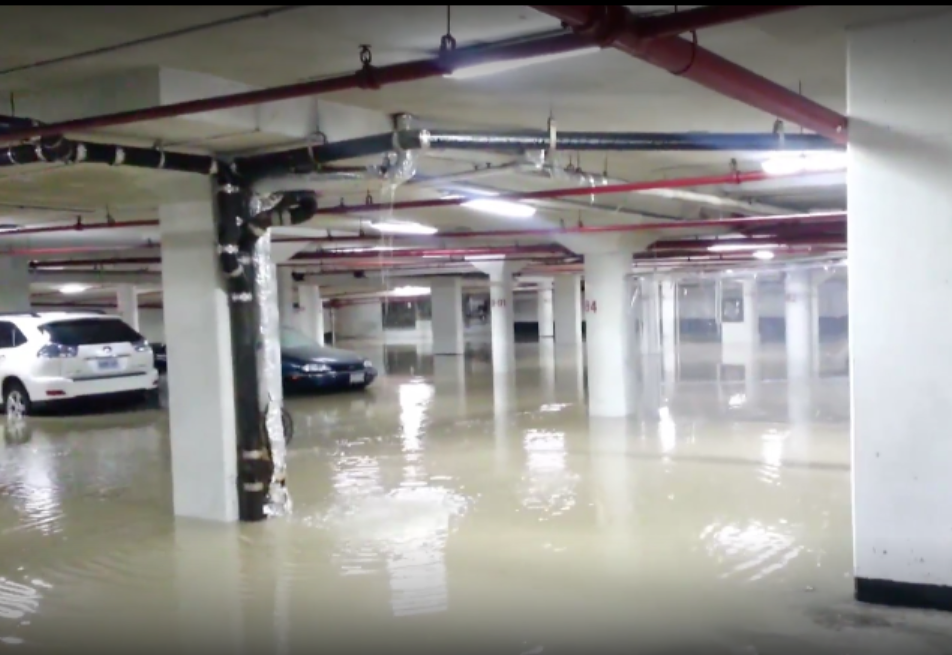 The Honourable François-Philippe Champagne, Minister of Infrastructure and Communities, today announced funding for four major flooding and storm mitigation projects in the City of Toronto and the Regional Municipality of York that will make these communities more resilient to natural disasters.

“Taking real steps now to adapt to climate change reduces the devastating impacts of natural disasters on Ontario families and businesses. By investing today in flood and storm mitigation projects in the GTA, we are minimizing the costly effects of future weather hazards on Torontonians. This helps protect homes and businesses, maintain safe drinking water, and enable families and their children to prosper for generations to come,” said Champagne.

The Honourable Ralph Goodale, Minister of Public Safety continued, “Extreme weather is becoming more severe, more frequent, more damaging and more expensive because of climate change. By investing in the infrastructure that protects our neighbourhoods, businesses, and families, we are building communities that can withstand future natural disasters and thrive for generations to come.”

Over 2,400 residents in mid-town Toronto will benefit from basement flooding protection with the construction of a relief storm sewer that services an area of over 75 hectares. Increasing the capacity of an overloaded storm sewer system will protect buildings from potential flooding and sewer backup, reducing both property damage and the devastating effects on families.

Welcomed @FP_Champagne to Toronto today to announce over $150 million in funding in the GTA for flood protection. Climate change is causing droughts, fires and floods across the country, and we are making investments to protect against these threats while fighting climate change. pic.twitter.com/AywNtLFzRN 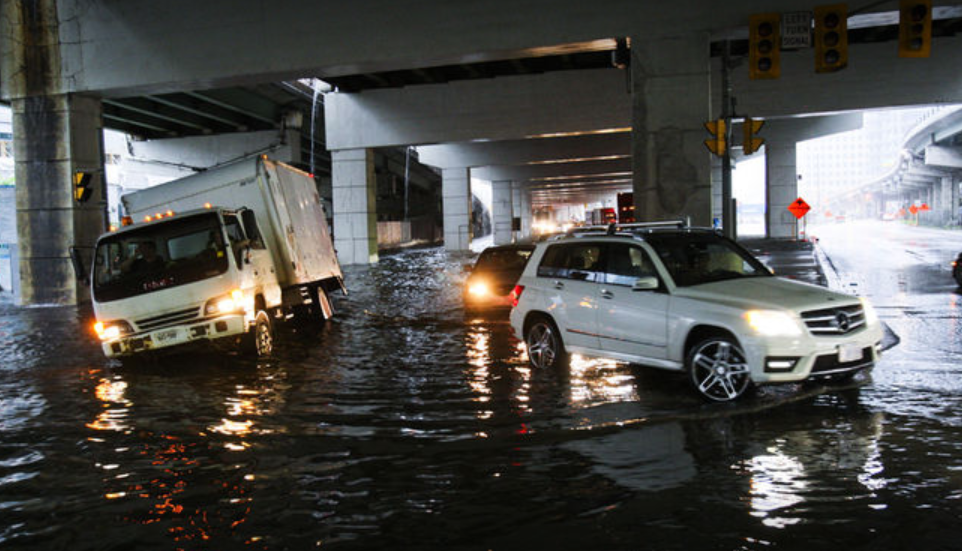 The York Durham Sewage System Forcemain Twinning Project will twin the existing 35-year old main sewage conduit to minimize potential spills, particularly during storms. This will protect the environment, reduce service interruptions, and safeguard the health of over 133,000 residents for the communities of East Gwillimbury, Newmarket and Aurora.

York Region Chairman and CEO Wayne Emmerson added, “Like many parts of the world, York Region is experiencing the impacts of a changing climate. The protection of our environment is essential to a thriving community. These important infrastructure investments by the Canadian government and York Regional Council reinforce our joint commitment to addressing the impacts of climate change while building safe, caring and resilient communities.” 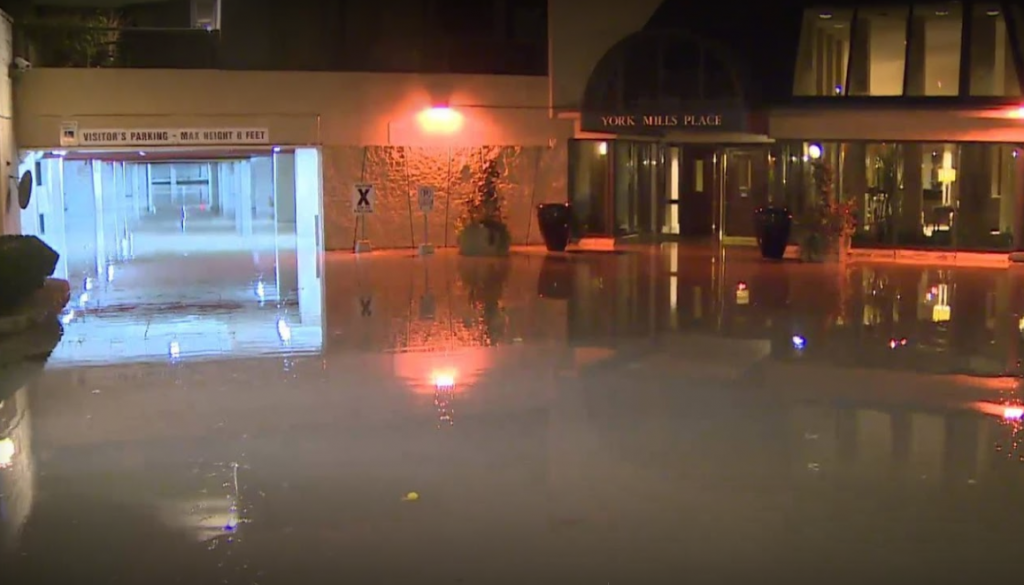 The City of Markham Flood Control Project will help protect vulnerable areas from flooding, including the Don Mills Employment Lands, and the West Thornhill Community. Past floods have damaged properties, disrupted businesses, affected roads, and even impacted a retirement home in West Thornhill. Families, businesses and seniors will benefit from an improved system to better handle storms, meaning a safer and healthier community for 18,000 residents.

“Markham’s older neighbourhoods were designed with limited infrastructure capacity to handle extreme rainfall. Through Markham’s Flood Control Project, we continue to upgrade existing infrastructure to improve flood resiliency and protect our neighbourhoods against the effects climate change or extreme rainfall. This investment will increase capacity and reduce potential flood damage in the Don Mills and West Thornhill communities, protecting our most vulnerable homes and businesses, while building strong and resilient communities our residents can feel safe in now, and for future generations.” Frank Scarpitti, Mayor, City of Markham said in a statement.

The Disaster Mitigation and Adaption Fund is a $2-billion, 10-year program to help communities withstand floods and natural disasters. Markham will receive around $48 million toward the Flood Control Program. #BuildingCanada #SustainableFuture #BuildingMarkham pic.twitter.com/XCcnUVAdNQ

More than 35,000 people in Vaughan will benefit from stormwater flood mitigation projects that will improve water quality and reduce the impact of flooding. These improvements will preserve essential services for families, reduce costly losses, and save the community money in the long-term. 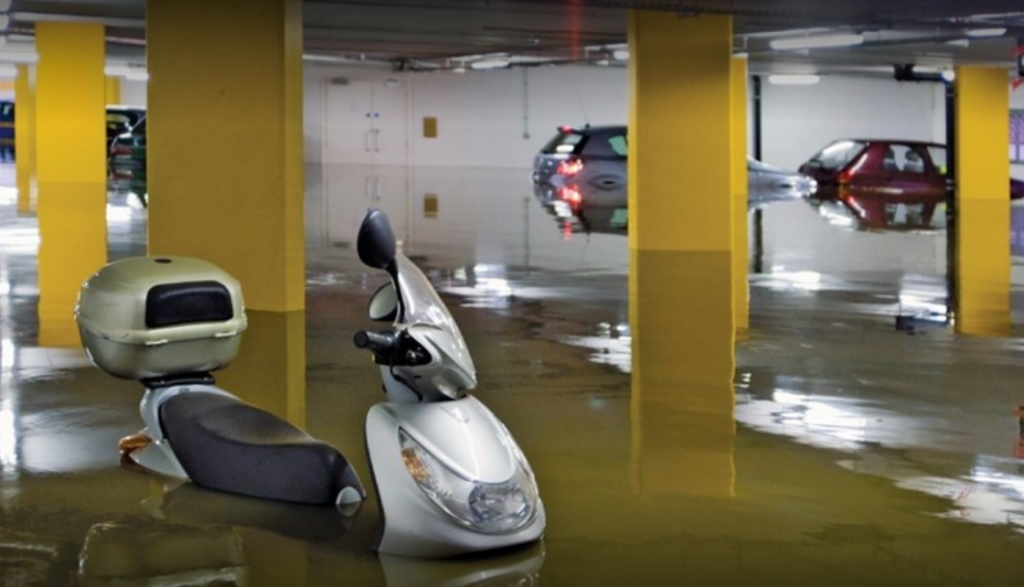 The Government of Canada is investing over $150 million in these projects through the Disaster Mitigation and Adaptation Fund, with municipal governments providing the remainder.

The Disaster Mitigation and Adaptation Fund (DMAF) is a $2-billion, 10-year program to help communities build the infrastructure they need to better withstand natural hazards such as floods, wildfires, earthquakes and droughts.

With the Hon @FP_Champagne who announced 150 mil for disaster mitigation to better manage flood risk in Toronto & York Region. Fantastic news! And proof positive that our residents’ best interests are better served when all levels of govt work together to get things done!! pic.twitter.com/wfLznPBCFg

DMAF is part of the federal government’s Investing in Canada infrastructure plan, which is providing more than $180 billion over 12 years for public transit projects, green infrastructure, social infrastructure, trade and transportation routes, and rural and northern communities.

Investing in green infrastructure that helps communities cope with the intensifying effects of climate change is an integral part of Canada’s transition to a more resilient, low-carbon economy, which is among the commitments made under the Pan-Canadian Framework on Clean Growth and Climate Change.