According to the latest Bullpen Research & Consulting and TorontoRentals.com Toronto GTA Rent Report, the average monthly rent in the Greater Toronto Area (GTA)  increased 19 per cent year over year for all property types in June to $2,403 from $2,018 in June 2021. 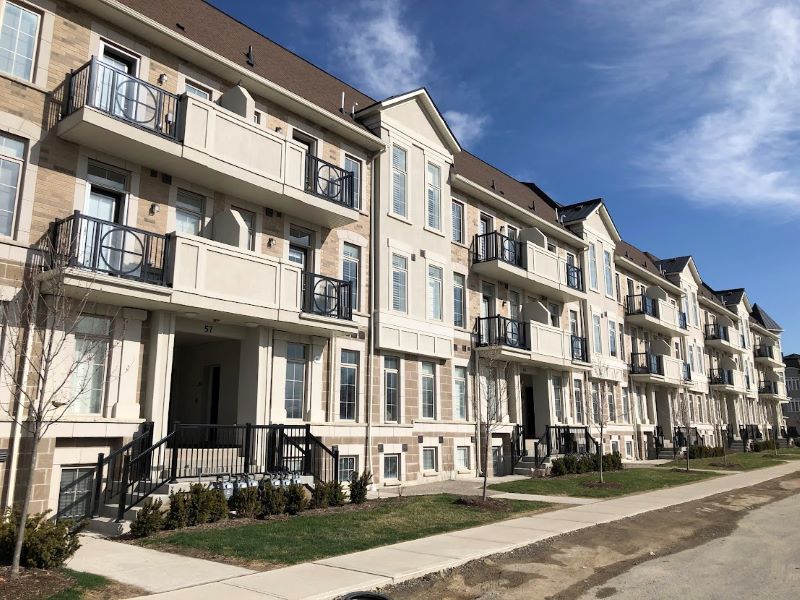 Following May’s 5.7 per cent month-over-month increase, average rents jumped another 3.1 per cent  in June, the second highest monthly increase in over three and a half years.

The report states that demand for rentals in downtown Toronto has surged during the post-vaccine pandemic period due to record immigration, a surge in foreign students, and a number of university and college graduates moving for work.

The long-term trend of undersupply in new housing is also a factor due to restrictive planning policies. Other issues such as supply chain disruptions have impacted the cost and availability of materials, and labour shortages and stoppages have slowed constructions.

The report further states that GTA rents will continue to rise for the foreseeable future, but at a slower monthly rate than the record-setting previous two months. 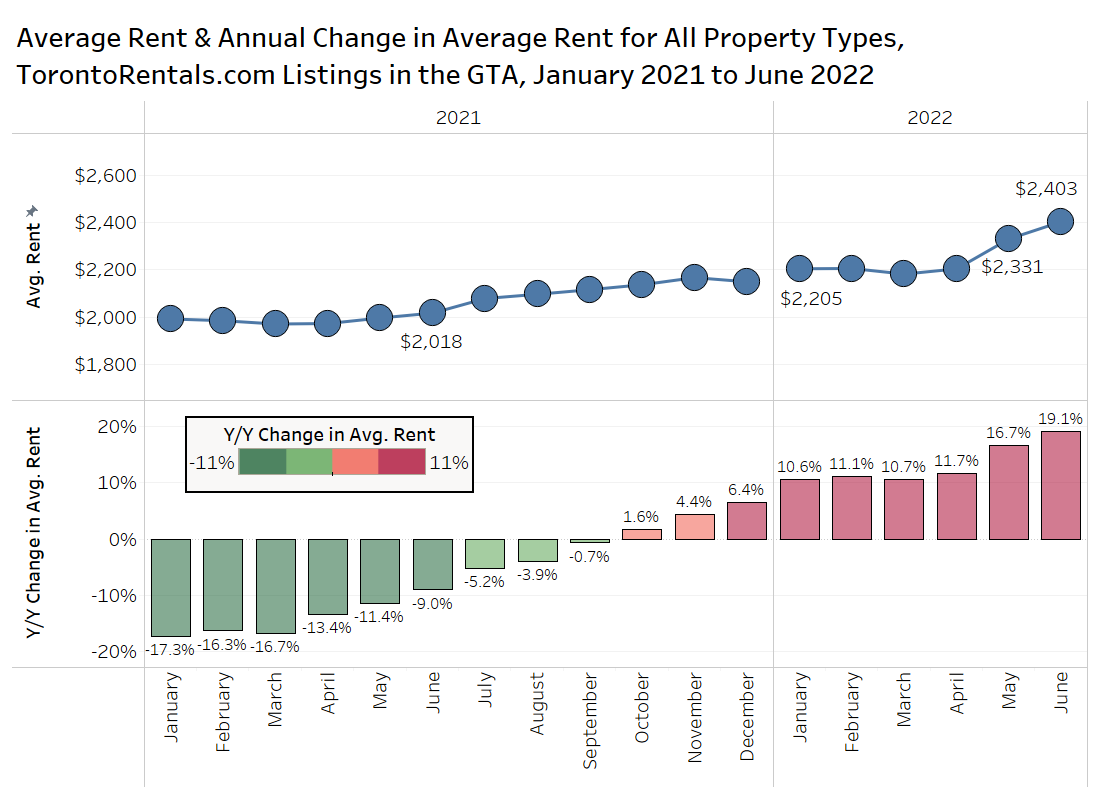 “Following two consecutive months of outsized rent growth of over 3 per cent monthly, average rents in the GTA are up 19% annually, but remain below peak levels from late 2019,” said Ben Myers, president of Bullpen Research & Consulting. “The rise in borrowing costs has shifted demand from the ownership market to the rental market, which has impacted the luxury rental market with the 90th percentile rent climbing 21 per cent annually, compared to 9 per cent for the 10th percentile.”

Mississauga’s average rent for condominium rentals increased 25 per cent year over year to $2,820 per month in June.

Markham had the second highest rent inflation year over year for condo rentals in June  at 20 per cent to $2,469 per month.

In Toronto, average monthly rent for condo rentals in June was $2,748, an increase of 19 per cent year over year. 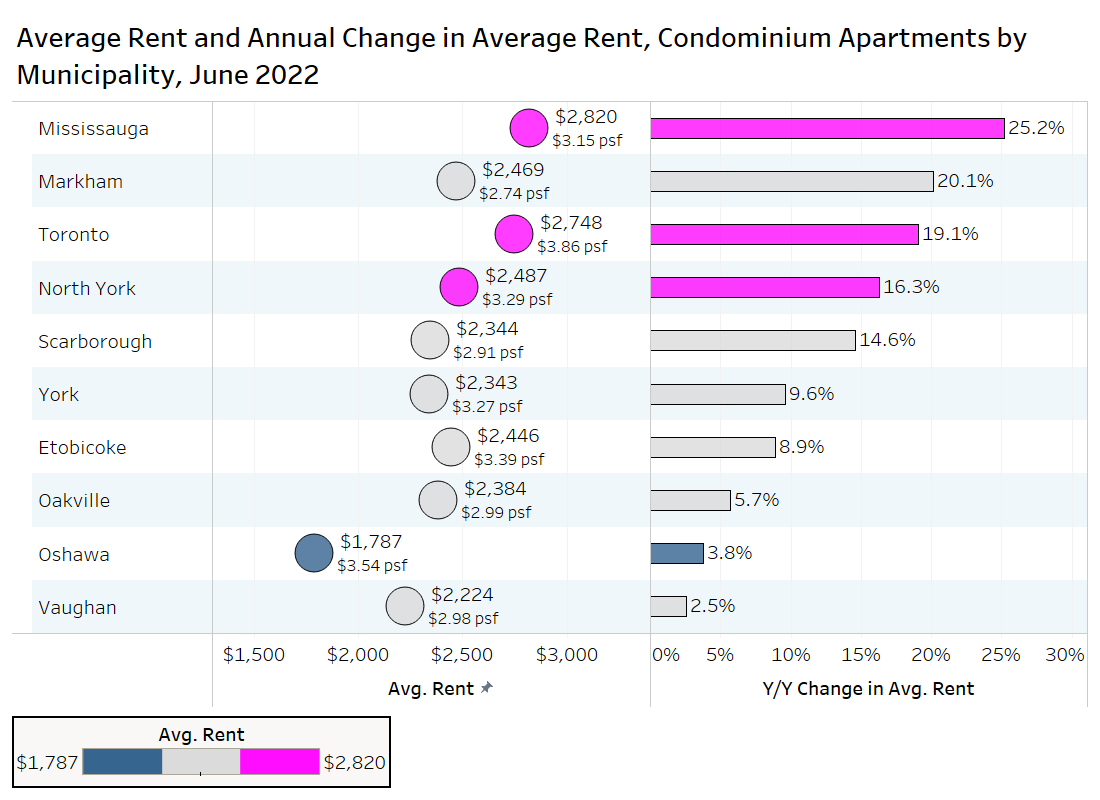 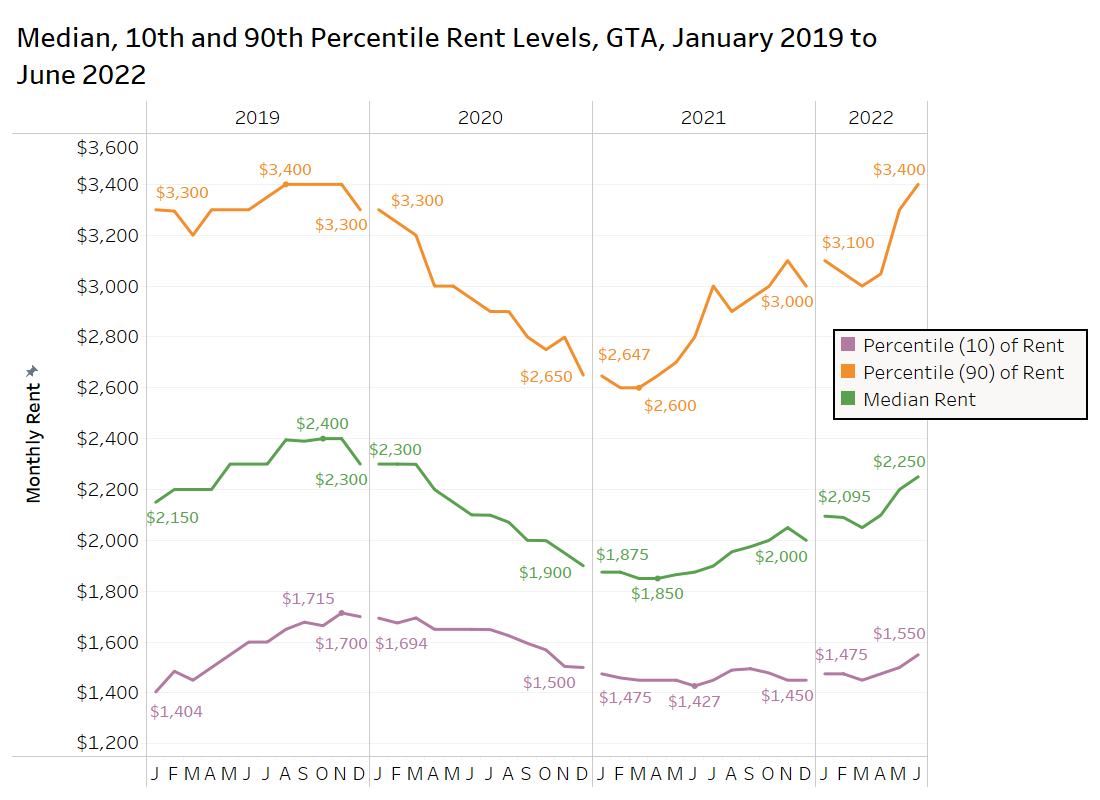 You need an income of over $220K to buy a home in Toronto, Vancouver, new data shows