The average rent in the GTA in January was $2,200 per month, an annual increase of 11.5 per cent over the January 2021 average of $1,972 per month and a monthly increase of 2.4 per cent, according to the latest Bullpen Research & Consulting and TorontoRentals.com Toronto GTA Rent Report. 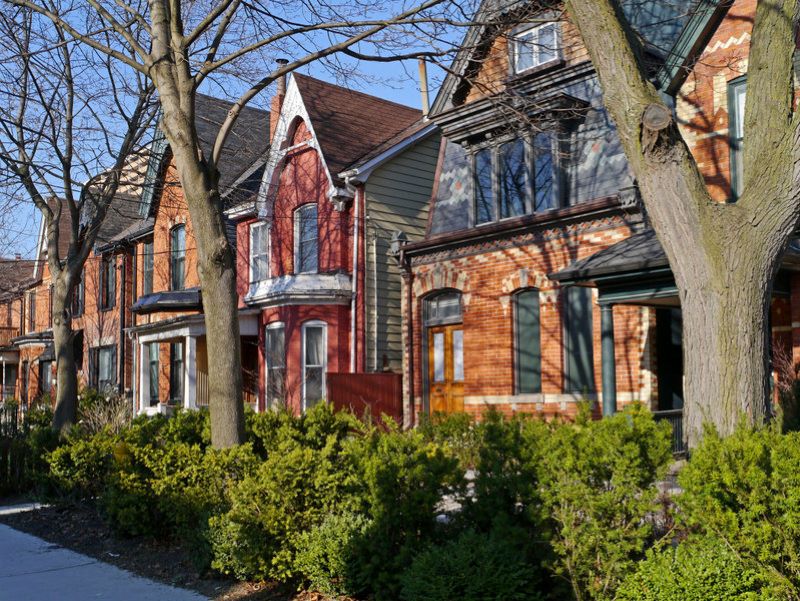 The average asking rent for all property types in the GTA has increased month over month for nine out of the last 10 months. Average rents declined every month between December 2019 and March 2021 with the average rent in the GTA going from a high of $2,460 in November 2019 to a low of $1,972 in March 2021

Toronto had the highest average rent in January for condo rentals and apartments at $2,444 per month – an annual increase of 17.7 per cent. 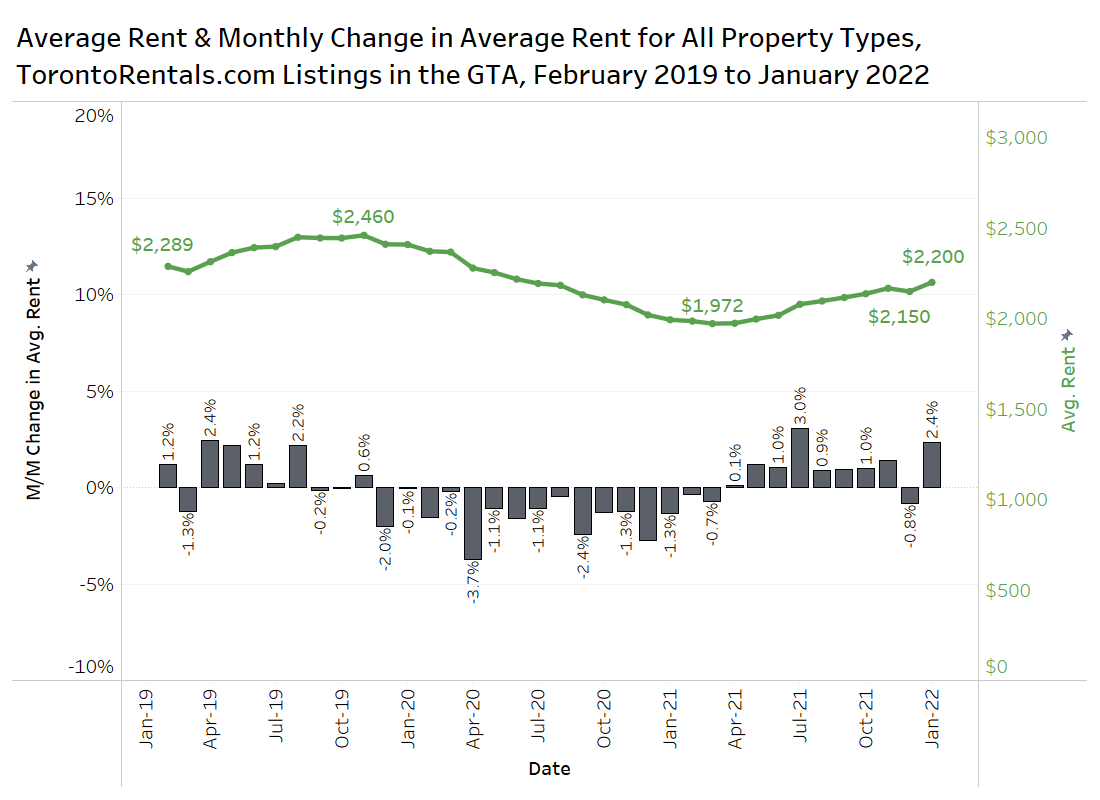 “The early pandemic shutdown and fear sent many tenants out of the expensive old Toronto area, with many students moving back home; while the usual wave of new residents didn’t come, sending rents plummeting,” said Ben Myers, president of Bullpen Research & Consulting. “The post-vaccine era has seen rents come back quickly, especially investor-held condos, where suites are $500 to $600 more expensive than a year earlier in Toronto and Mississauga, with certain neighbourhoods seeing annual growth in average rents of 20 per cent to 30 per cent.” 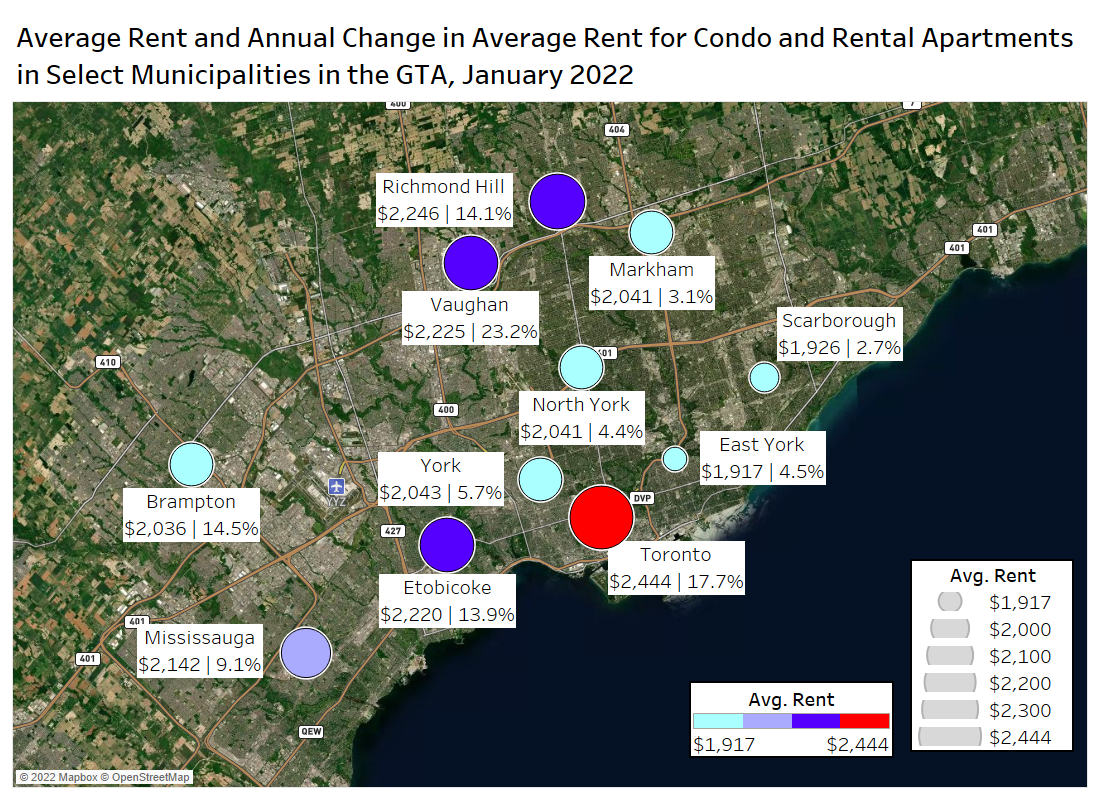 Toronto also had the highest average monthly rents for apartments in January at $2,184, a year-over-year increase of 12.8 per cent, following a big decline of 17.4 per cent in January 2021.

Oshawa average monthly apartment rents declined by 5.3 per cent year over year to $1,738. 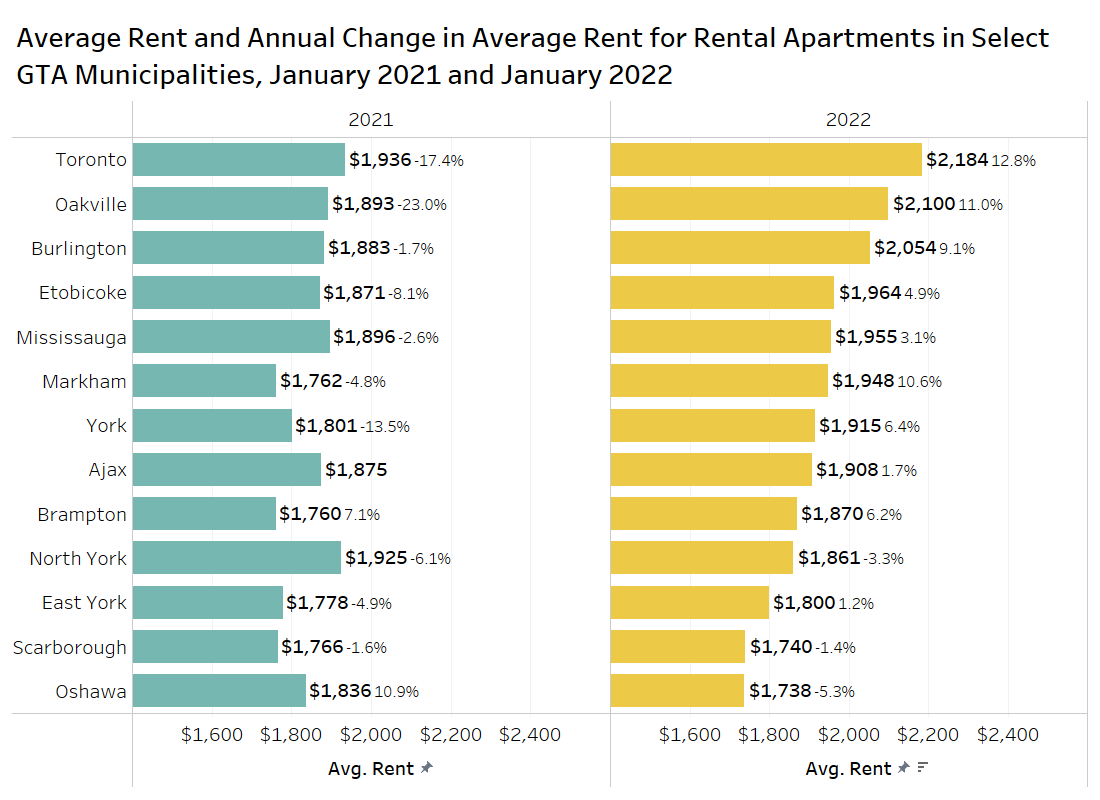 Renters’ desire for larger properties continues in 2022, as many employees are still working from home at least part time.

Mississauga had the largest annual increase in average monthly rent for condo rentals, rising 31 per cent to $2,736 in January from $2,089 in January 2021. 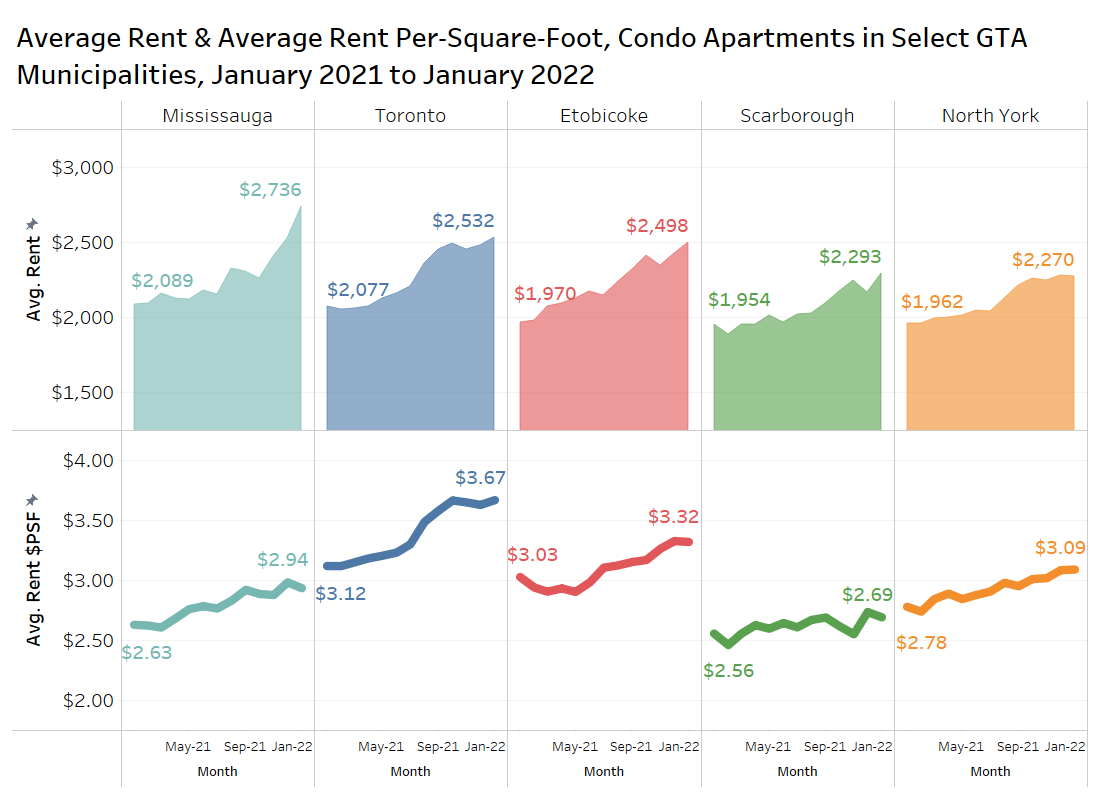