The average monthly rent in the Greater Toronto Area (GTA)  increased 11 per cent year over year in February to $2,206, according to the latest Bullpen Research & Consulting and TorontoRentals.com Toronto GTA Rent Report. 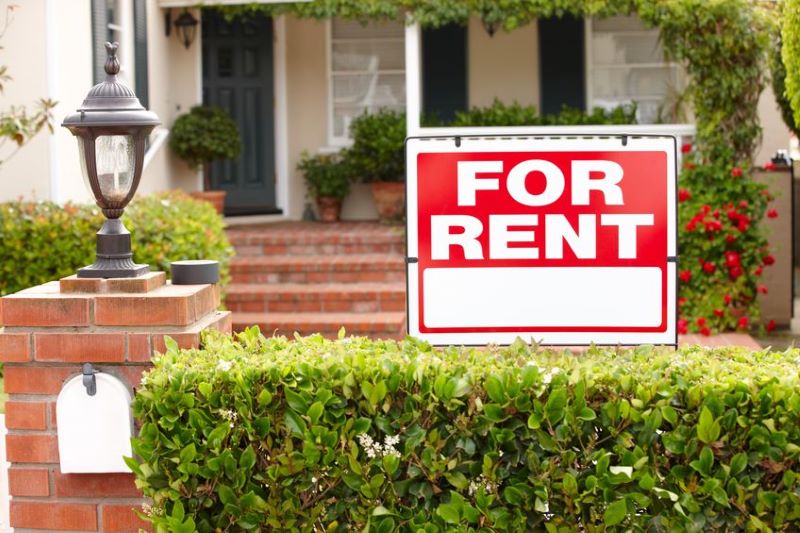 Since April 2021, the average rent has increased month over month for 10 of the last 11 months in the GTA as the rental market recovers from the pandemic. The average monthly rental rate had declined every month from January 2020 to March 2021.

The upward trajectory of rents will probably continue through the spring as the market wakes up from its COVID-19 hibernation, according to the report. Immigration is expected to remain high, higher interest rates could discourage home buyers, and employers are encouraging their staff to return to the office. 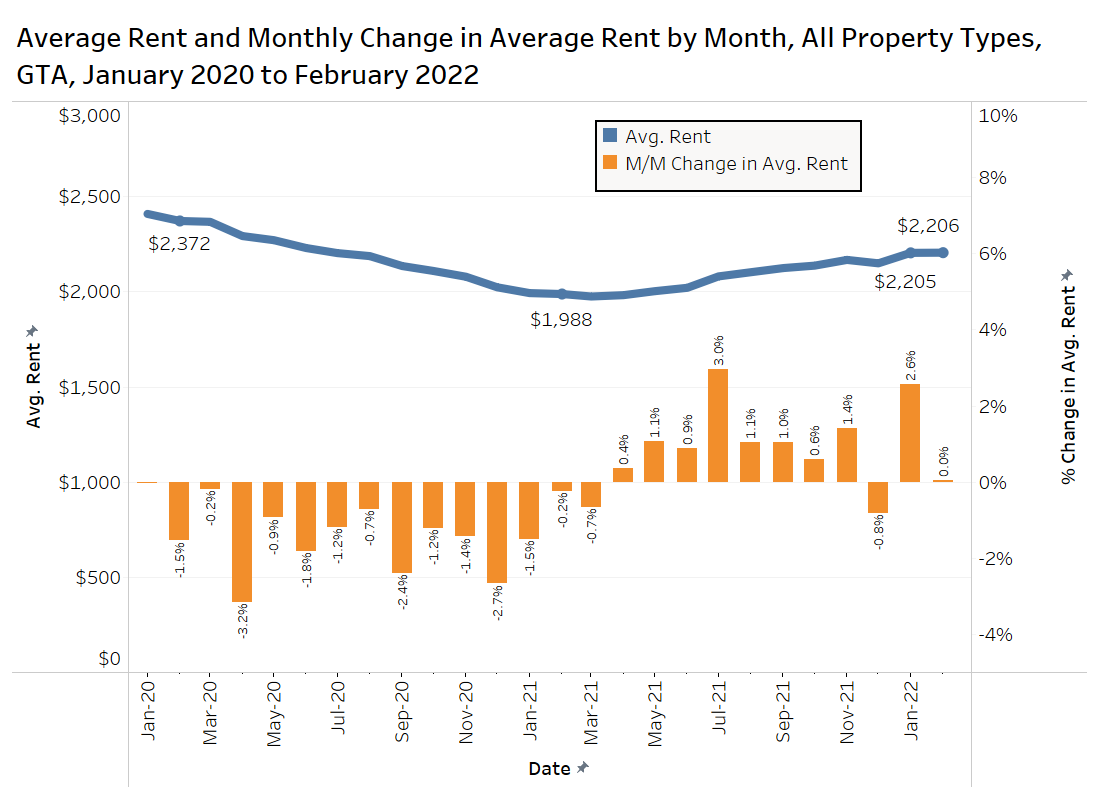 Toronto had the highest average monthly rent in February for condo rentals and apartments at $2,317 – a year-over-year increase of 15.7 per cent.

Richmond Hill has also experienced a significant increase in rents for condo rentals and apartments, up 27 per cent year over year to $2,367 per month. 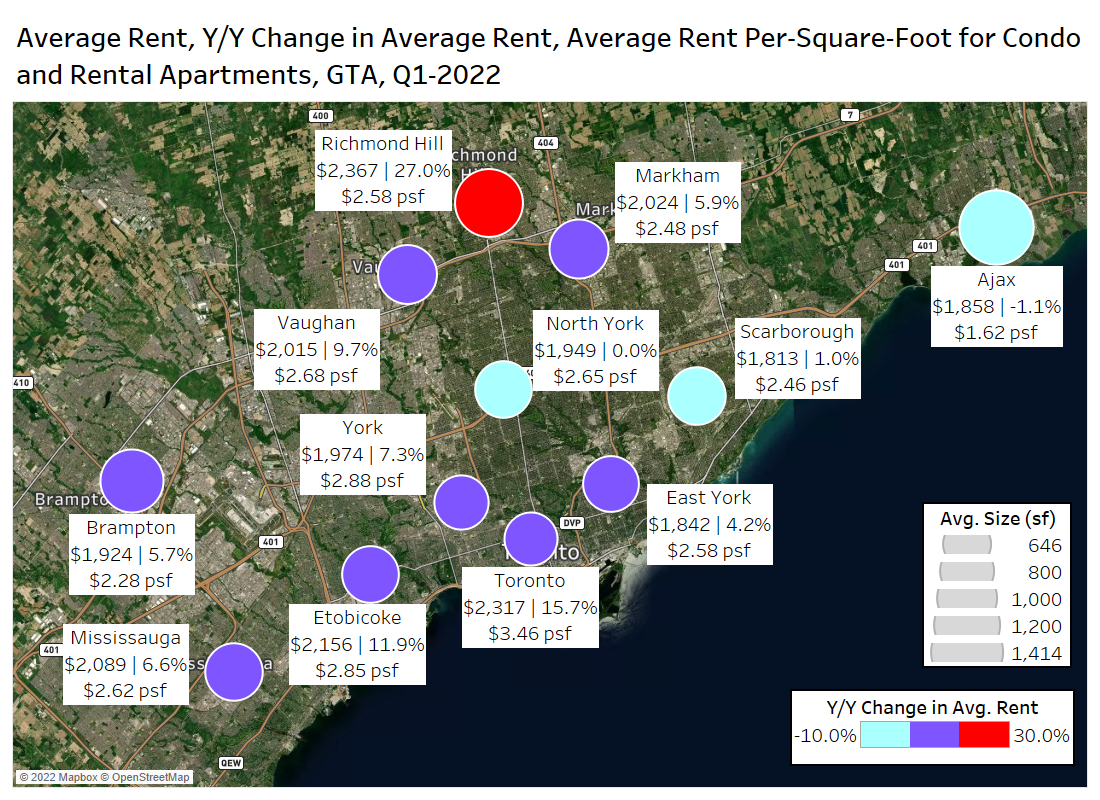 The majority of  postal codes experiencing a significant year-over-year increase in average rent per-square-foot were in the downtown core, as workers are returning to the office, and the most desirable amenities are opening again at full capacity.

This suggests tenants are looking to move back downtown and away from suburban areas post-pandemic.

“The early pandemic prediction that cities would die has clearly proven incorrect, as average rental rates are shooting back up again in Toronto’s downtown core,” said Ben Myers, president of Bullpen Research & Consulting. “Queen West, King West, the Entertainment District, the Financial Core, the Downtown East, Riverdale and Leslieville are all seeing big rent increases year over year between 12 per cent and 16 per cent, driven by tenants returning to downtown, and new residents leasing their first suite in Toronto.” 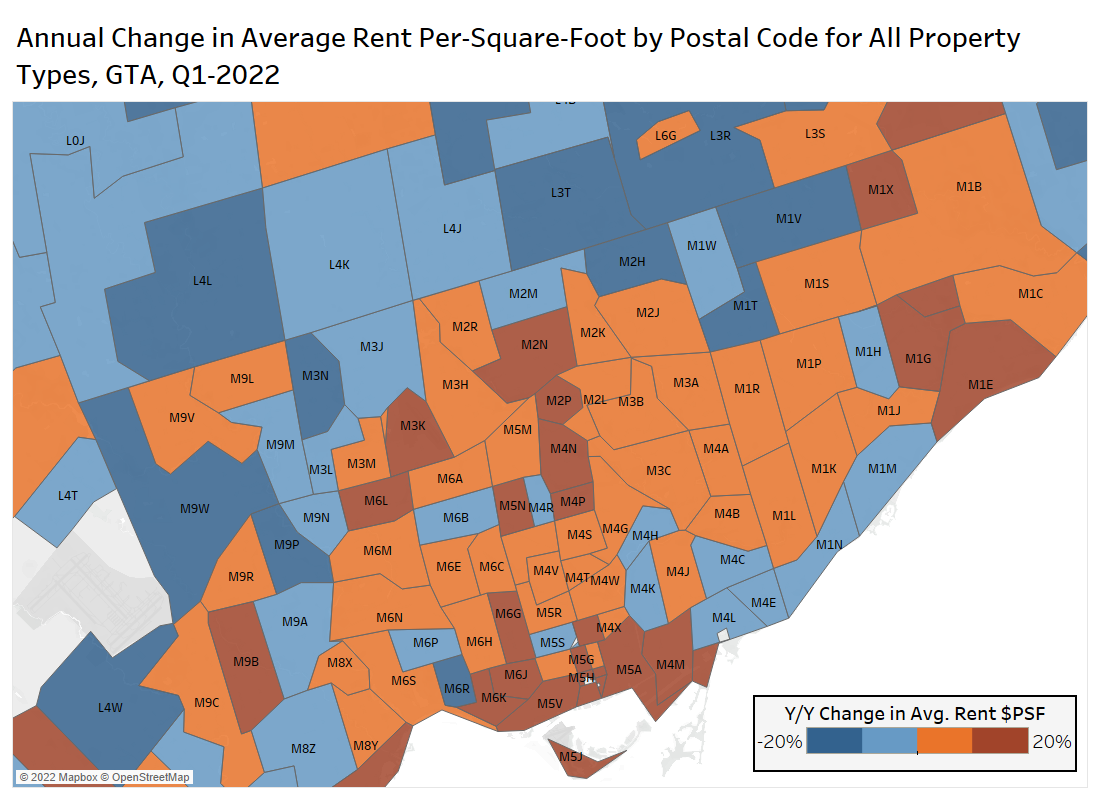 Two-bedroom condo rentals average monthly rent increased by 19 per cent annually to $2,896, while one-bedroom condos were up by 18 per cent  year over year to $2,183 in February.