TORONTO — There was no relief for Greater Toronto Area homebuyers last month as the average home price crept up nearly 28 per cent when compared with last year as a lack of supply continued to hamper the market.

The Toronto Regional Real Estate Board said Thursday the average selling price for a home in the region surpassed $1.3 million last month, up from just above $1 million last February and more than $1.2 million in January of this year. 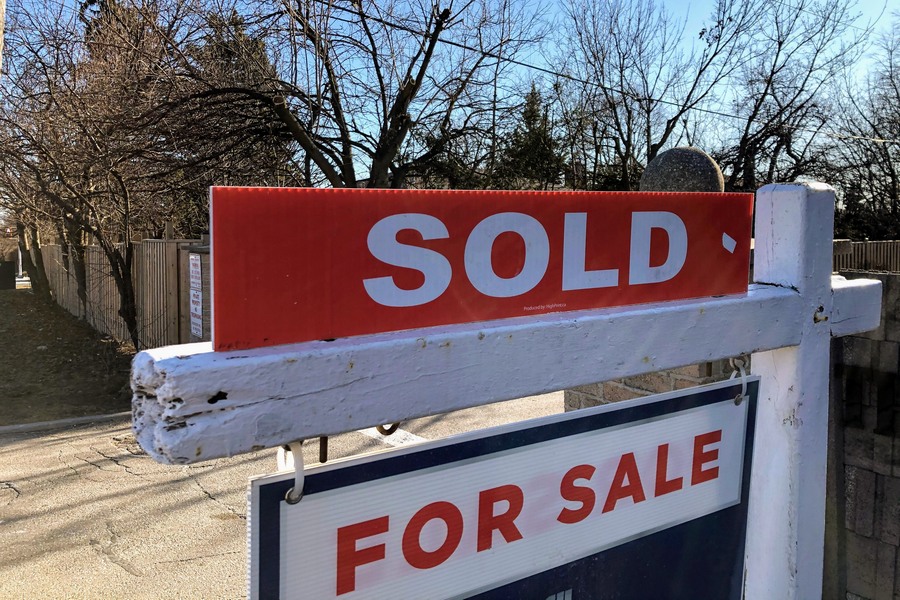 The average price of a detached home hit more than $1.7 million last month, with semi-detached properties at $1.3 million, townhouses at $1.1 million and condos nearing $800,000.

The Ontario board laid much of the blame for the soaring prices on demand greatly outpacing supply and thus, fueling a market where bidding wars, few sellers and a frenzied atmosphere have been the norm.

“I’ve had clients break down and cry for me because when they lose out on a bid, they’re just so frustrated,” said Despina Zanganas, a Toronto realtor with PSR Brokerage.

“They put in what they think is really reasonable and it goes for like $100,000 more than they would have expected.”

Condo prices, she said, have been “crazy crazy crazy” in recent months because people are realizing that houses are increasingly expensive, so they are shifting to the most affordable homes “just to get their foot in the door.” 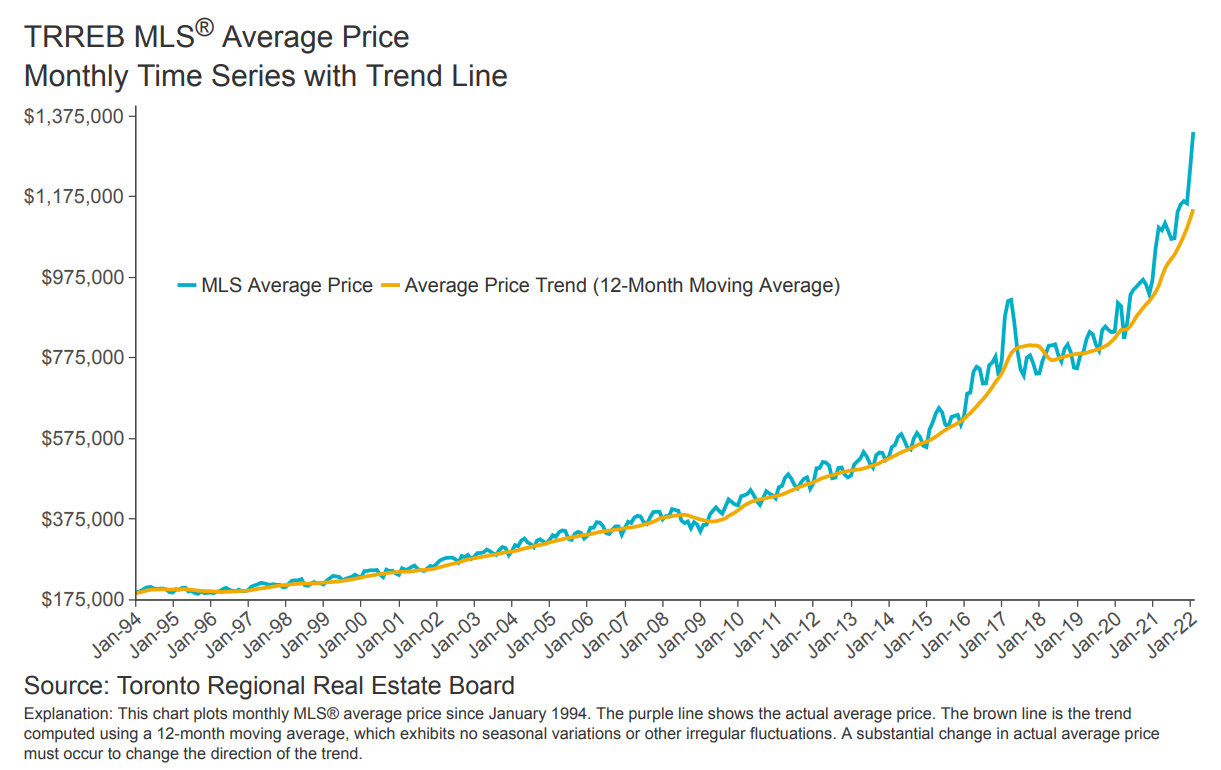 Many sellers also have high expectations. They’re listing homes at elevated prices and if they don’t get the amount they want, she has seen them relist again for a higher amount, driving more anxiety to buyers.

But over the last week, Zanganas has noticed a slight easing in the market and some homes she has kept tabs on have received far fewer showings than she would have predicted.

The board made similar observation after it detected in February that the region is making a “modest move” toward a “slightly more balanced” market.

Those traces of an easing came in the form of new listings, which are still down from a year ago, but by a marginally lesser annual rate than sales. 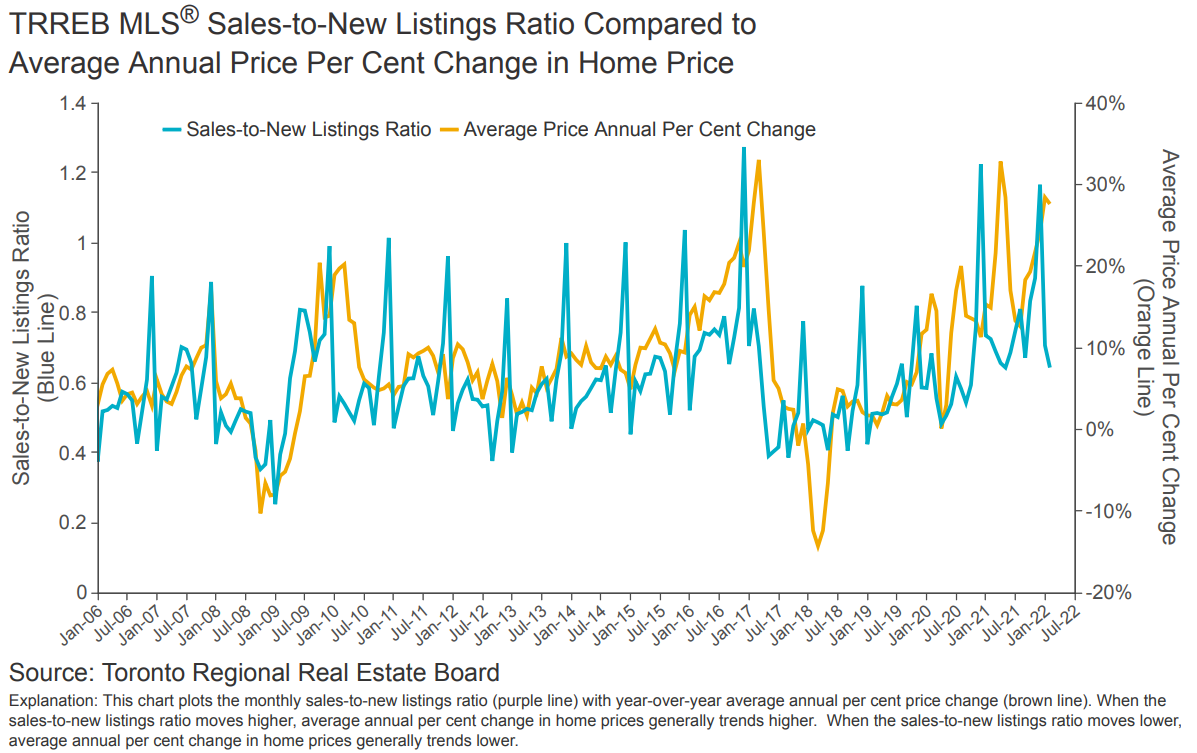 New listings for the month totalled 14,147, an almost seven per cent drop from 15,146 last February.

“People are just holding onto their houses because there’s no inventory,” Zanganas said.

“If you sell, how are you going to buy? And it’s probably not going to be a step up.”

That means February home sales were down compared with the all-time record set in 2021, but still eked out the second highest sales rate for the month. 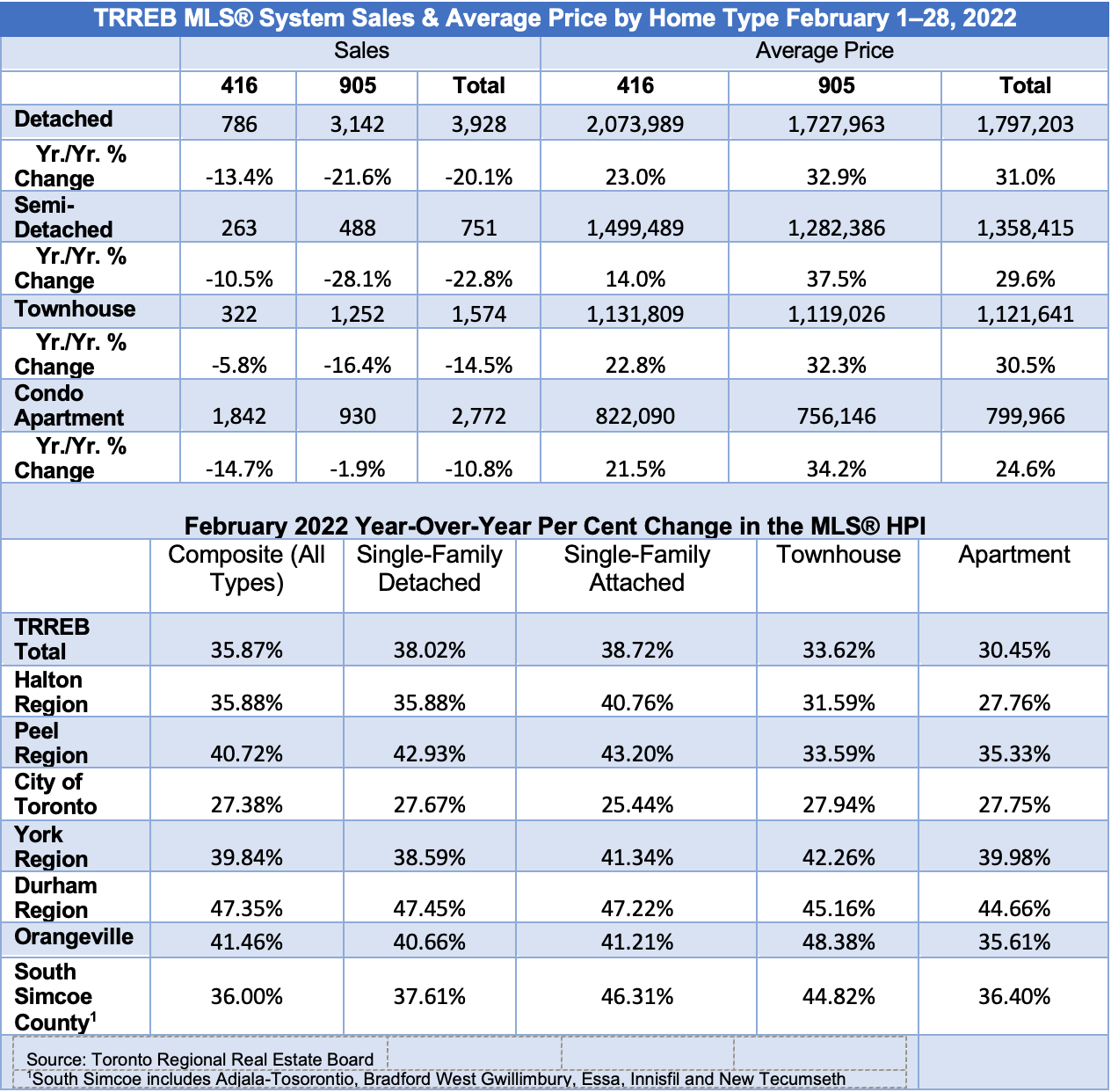 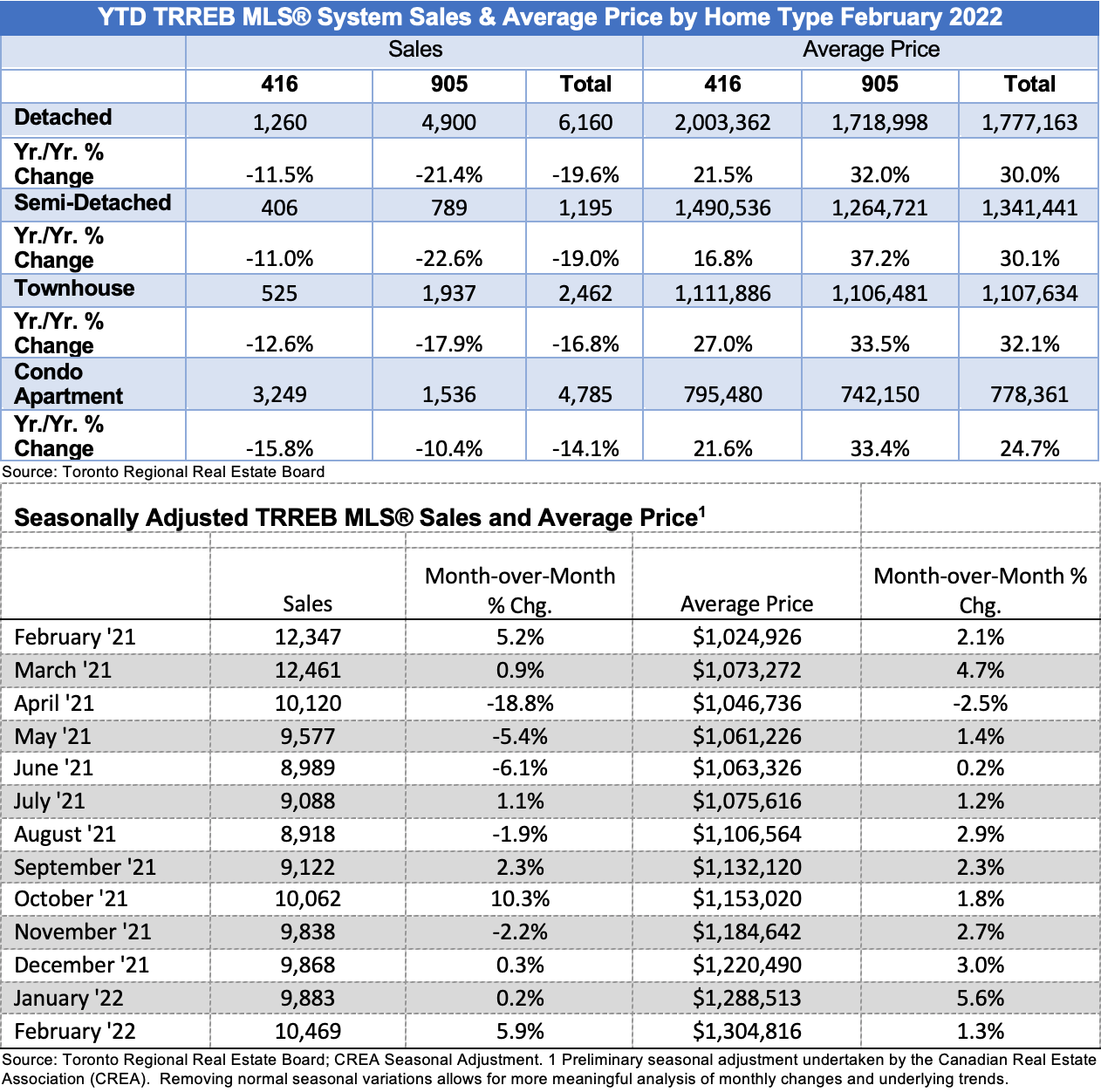 TRREB had forecast sales would be lower this year because many people rushed to purchase homes last year or in the early weeks of 2022 in a bid to get ahead of looming interest rate hikes.

On Wednesday, the Bank of Canada hiked its benchmark interest rate to 0.5 per cent from 0.25, where it has sat for the last two years of the COVID-19 pandemic and served as an incentive to cash-strapped buyers. 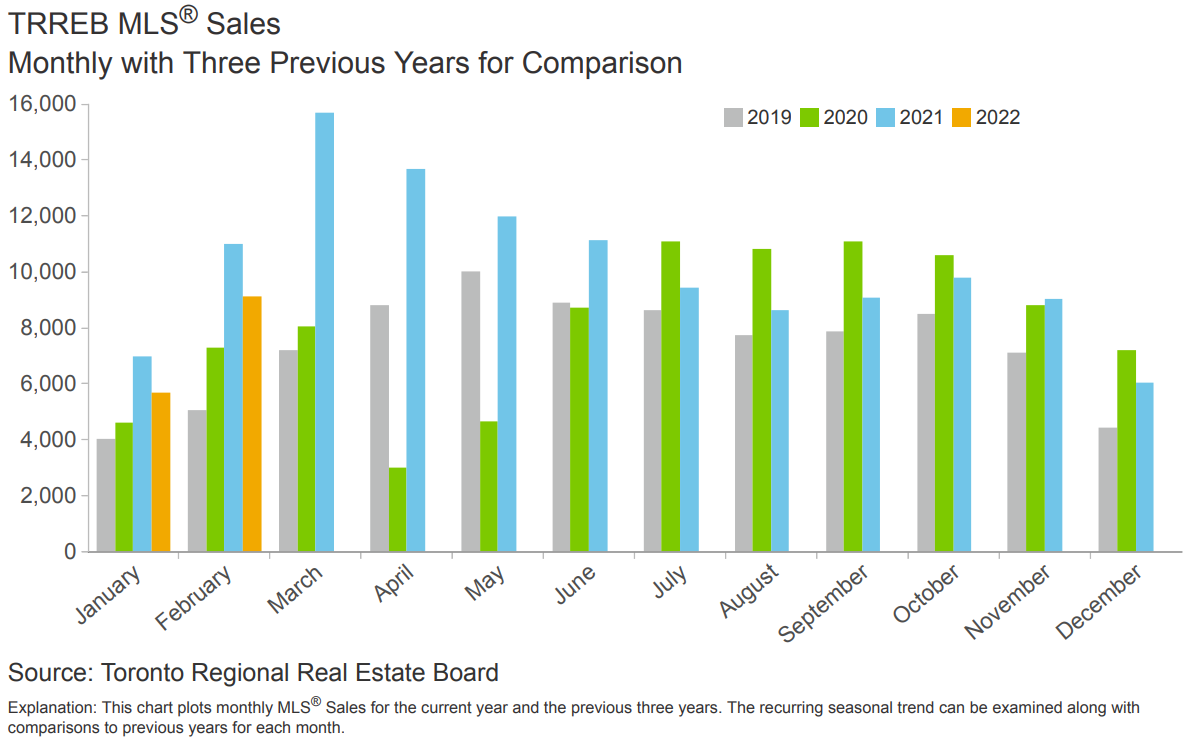 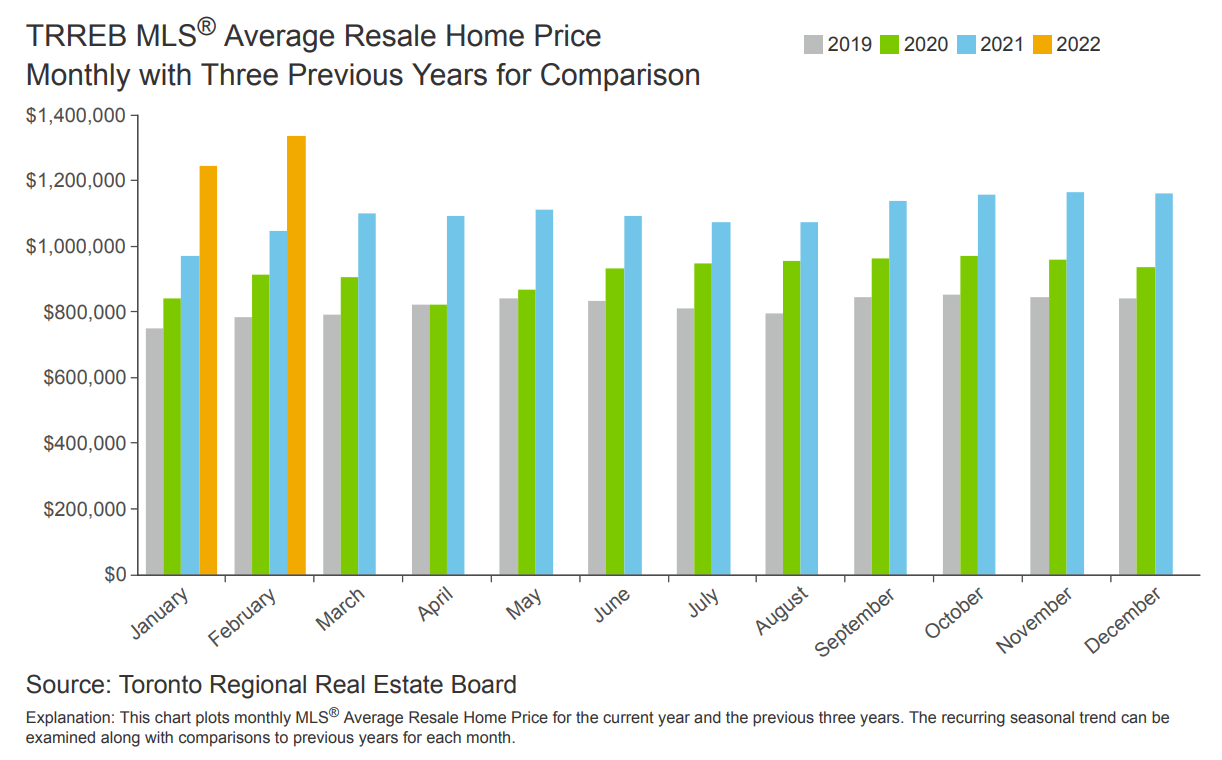 TRREB believes the rate hike will have a “moderating effect” on home sales, but will be countered by substantial immigration levels and a continued lack of supply.

It does not see home prices abating in the near-term.

“Because inventory remains exceptionally low, it will take some time for the pace of price growth to slow,” Jason Mercer, the board’s chief market analyst, said in a news release.

“Look for a more moderate pace of price growth in the second half of 2022 as higher borrowing costs result in some households putting their home purchase on hold temporarily as they resituate themselves in the market.”

This report by The Canadian Press was first published March 3, 2022.