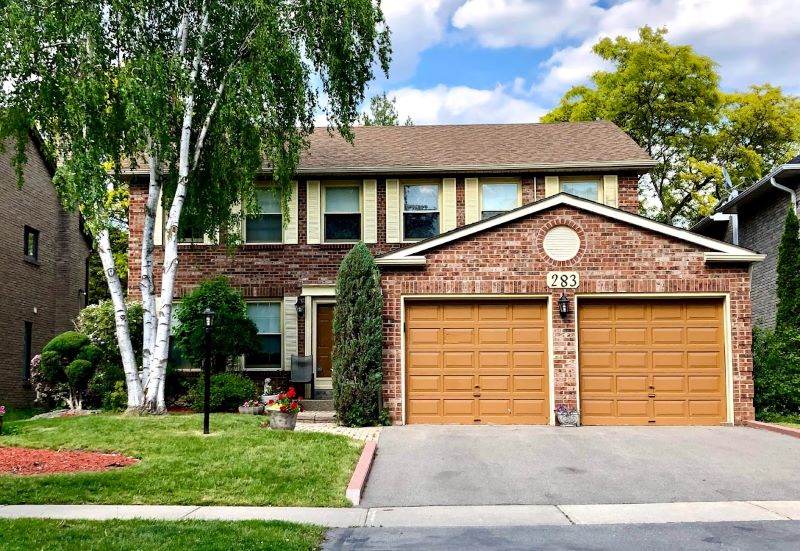 With 11,297 active listings, this was the lowest level for June in at least a decade and down 35 per cent from the 10-year average of 17,260, surpassing the previous low of 12,327 reported in June of 2016. As a result, the average price for single-detached homes soared, with values in almost 97 per cent of TRREB communities well-ahead of year-ago levels, with nearly half reporting an increase of 25 per cent or more compared to the same period in 2020.

The top 10 performers in 2021 in terms of year-over-year price appreciation ranged from 34.2 per cent in Milton (Halton Region), to a high of 46.4 in Durham Region’s Uxbridge this year.

Across the board, RE/MAX Canada found appreciation in detached housing values was accompanied by a significant upswing in sales volume between January and June of 2021. When compared to the same period last year, unit sales more than doubled in York Region (109.6 per cent), while Peel and Central Toronto posted gains of 98.2 and 96.7 per cent respectively.

Sales increases across the GTA ranged from a low of 33.3 per cent in the East End’s Wexford-Maryvale, Clairlea-Birchmount, Kennedy Park, Ionview and Dorset Park (E04) community to a high of 175 per cent in Dufferin Grove, Little Portugal, Trinity-Bellwoods, Palmerston-Little Italy, Niagara, University, Kensington-Chinatown, Bay St. Corridor, and Waterfront Communities (C01) in the Central Core.

“Halfway into 2021 and the GTA’s housing market continues to fire on all cylinders,” says Christopher Alexander, Senior Vice President of RE/MAX Canada. “Overall home sales topped 70,000 between January and June, the strongest first half in the history of the Toronto Regional Real Estate Board, while values smashed through record levels set in previous years. Without a serious influx of new listings to ease the upward pressure on pricing in the coming months, the market will likely continue on this upward trajectory.”

With interest rates at historic lows, first-time buyers are scrambling to get into the market before homeownership is beyond their financial reach. However, affordability challenges continue to be exacerbated by the supply crunch. Of the 60 TRREB communities examined in the RE/MAX 2021 Hot Pocket Communities Report, only six offered single-detached homes under the $1 million price point. This is compared to 18 communities during the same period in 2020, and 28 in 2019. All six markets were located in the 905-area code.

“More transit options and hybrid work schedules have made relocation to the city’s outlying areas even more attractive,” explains Alexander. “First-time buyers are feeling the squeeze but are still determined to become homeowners, with many happily travelling further afield to make it happen while working from home. The beneficiaries of the trend have been suburban communities in Durham, Peel, Dufferin County and the most northern part of York Region.”

“While first-time buyers are grappling with supply and demand, existing homeowners have been reaping the rewards as equity gains have soared over the past two and half years,” says Alexander. “In recent months, many move-up buyers have taken advantage of lower interest rates and those equity gains to trade-up to larger homes or neighbourhoods closer to the downtown core – with not too much change to their monthly mortgage payments.”

Communities bordering on the 416-area code such as Vaughan and Markham in York Region, Pickering in Durham, and Mississauga and Brampton in Peel have also experienced a serious uptick in sales in the first half of the year, compared to one year ago, as they capture some of the movement back into the city.

“The most daunting aspect of the current housing surge is that this period may actually be the calm before the storm,” says Alexander. “With the worst of the pandemic hopefully in the rear-view mirror and recovery on its way, economic expansion is likely. The Bank of Canada is committed to holding interest rates at current historically low levels for at least another year. Immigration is expected to bring another 1.2 million permanent residents to the country over the next three years. With all this stimulus at play, comparisons have been made to the Roaring 1920s – let’s just hope that this script has a better ending.”