GTA home sales down 13% between April and May but prices still rising: TRREB

TORONTO — The frenzied pace of home sales that appeared at the start of the year is continuing to slow as new figures from the Toronto Real Estate Board show 13 per cent fewer homes in the region changed hands between April and May. 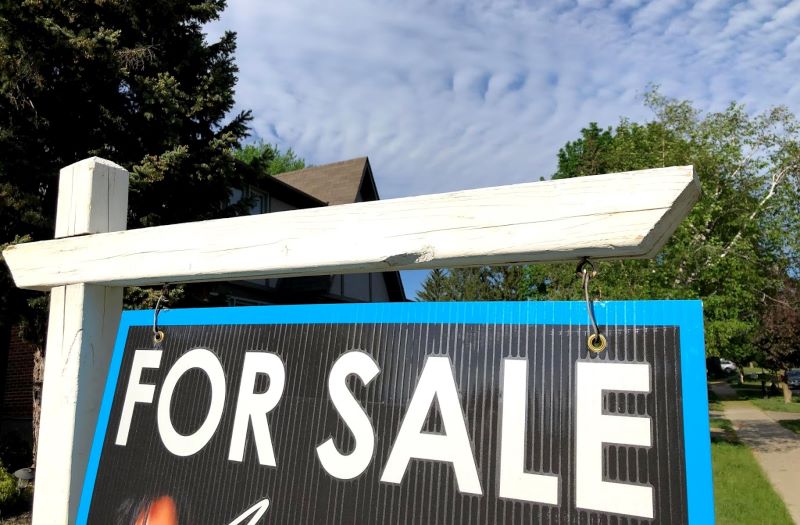 The Ontario board revealed Thursday that 11,951 homes were sold in the area in May, down from 13,663 in April but up from 4,594 during the same period last year when the COVID-19 pandemic was beginning.

May sales have averaged 10,336 between 2010 and 2019 and the month is typically the strongest the region sees every year, but 2021 bucked the trend, said TRREB. 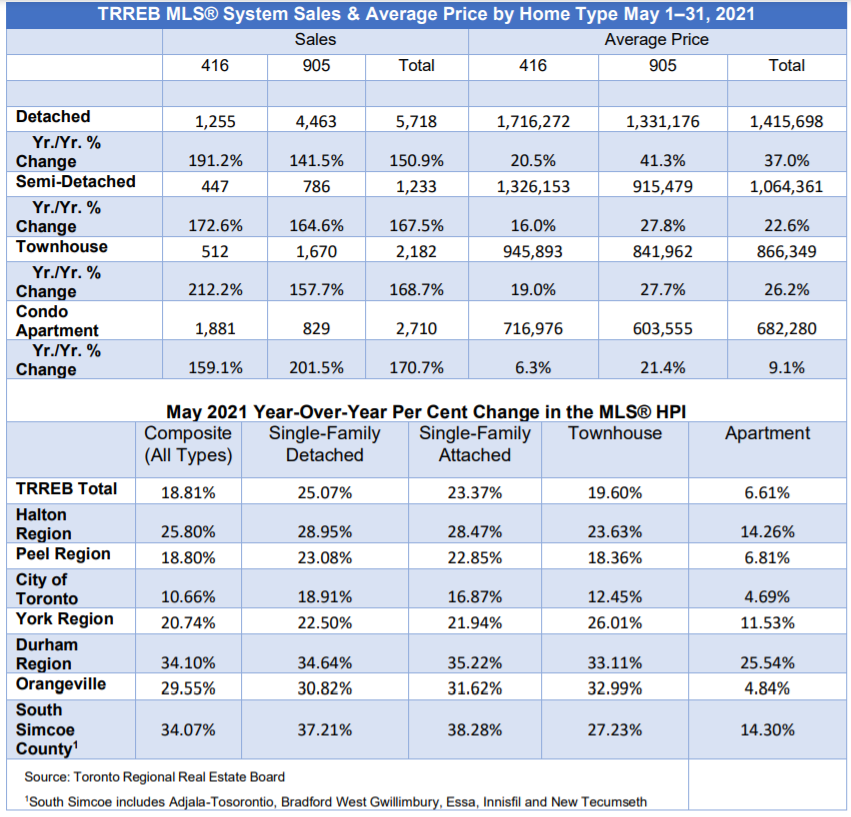 “There has been strong demand for ownership housing in all parts of the GTA fueled by confidence in economic recovery and low borrowing costs,” said TRREB president Lisa Patel in a news release.

“However, in the absence of a normal pace of population growth, we saw a pullback in sales over the past two months relative to the March peak.”

COVID-19 has proved to be no match for Toronto’s housing market, which has continued to see soaring prices and bidding wars even as lockdowns and stay-at-home orders were implemented.

Despite a slight ebb in sales over the last two months, TRREB said market conditions remained “tight” enough to push the average selling price to an all-time record in May.

The increase in average selling prices amounted to a 28.4 per cent spike on a year-over-year basis and caused the MLS home price index composite benchmark to soar by about 19 per cent year-over-year, TRREB said.

On a seasonally adjusted basis, the average price increased by 1.1 per cent between April and May. 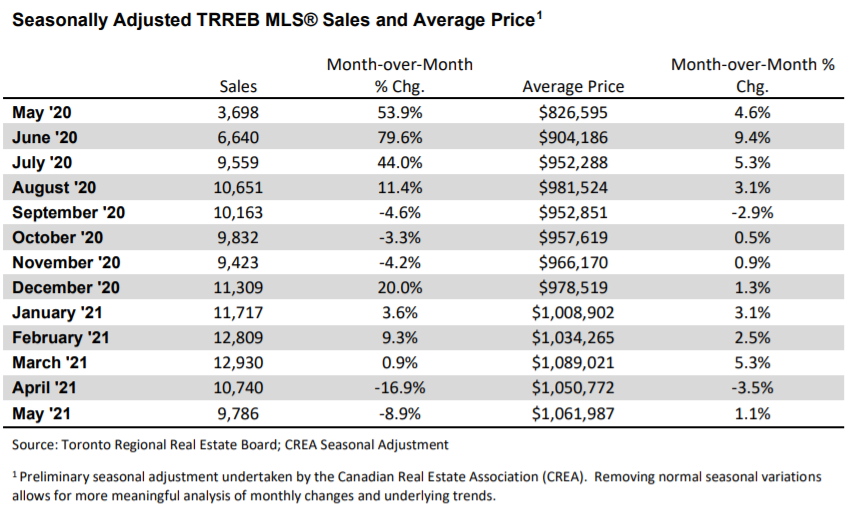 Those on the hunt for a new home had much more supply to choose from than was available at the same time last year.

The listings, however, weren’t enough to quell some of the market’s heated conditions, said TRREB chief market analyst Jason Mercer.

“People actively looking to purchase a home continue to face a lot of competition from other buyers, which results in very strong upward pressure on selling prices,” he said.

“This competition is becoming more widespread with tighter market conditions in the condominium apartment segment as well.”

Sales usually pick up as we move into the spring/summer market but you can see that sales have been trending down since March.

COVID pulled a lot of demand forward and that trend appears to be cooling down.

But even with this downward trend, sales are still up over 2018/19 2/ pic.twitter.com/kpAjnyZgye

This is almost entirely driven by low-rise houses. Active listings for condos are similar to levels seen in 2018/19 4/ pic.twitter.com/eFmhelC4KA

And while many are still selling for over asking, the prices are not as aggressive.

The heat we saw in the condo market is also starting to cool thanks in part to avg prices jumping from the low $600K range at the start of the year to over $700K today. /

And it’s a new record for average price. /2 pic.twitter.com/OAFtsIogig

HPI composite number by region, with Durham still leading the way, up 34% y/y. Toronto still lowest +11%, brought down by condo apts being > half of sales. But note condo apt prices per HPI are ⬆️nearly 5%. Condos taking a lot of heat, but that’s not a bad increase. /4 pic.twitter.com/RhfxU8LAPr

Let’s look at SNLR. Higher numbers indicate a tighter market, which usually portend higher prices. The 905 is much hotter than usual at this time, and the 416 is higher than recent years. /6 pic.twitter.com/Qv0EebzZHP

This report by The Canadian Press was first published June 3, 2021.