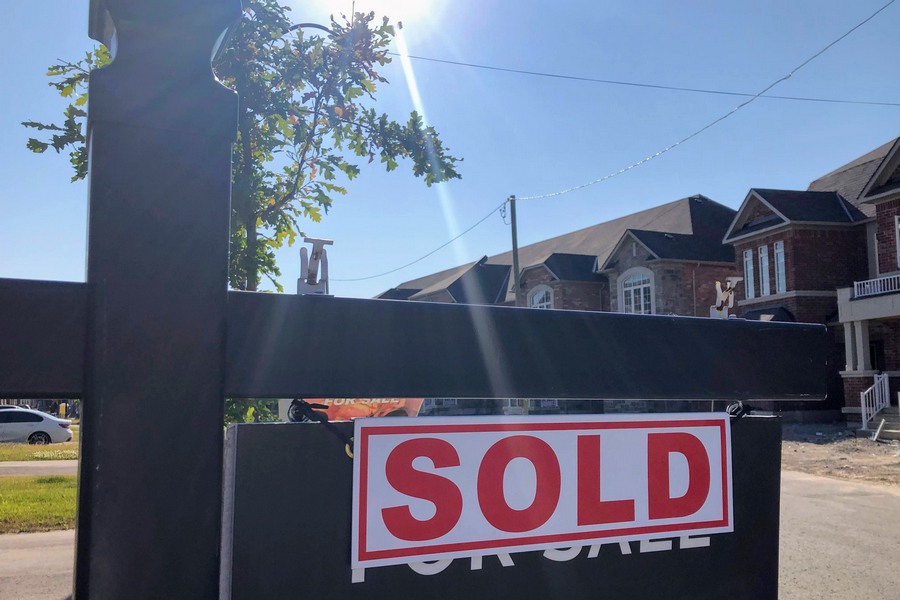 TORONTO – The moderation of the Greater Toronto Area’s housing market intensified last month as the region’s real estate board found July sales fell 47 per cent from the same time last year and 24 per cent from this past June.

The Toronto Regional Real Estate Board revealed Thursday that last month’s 4,912 sales were almost half of the 9,339 homes that changed hands the July before and are an indication that the market is easing from the frenzied pace seen in the first half of the year and at the end of 2021.

The board and real estate agents have attributed much of the moderation to the increased cost of carrying a mortgage after Canada’s key interest rate was increased by one percentage point in mid-July, making it the largest hike the country has seen in 24 years.

The hike has encouraged people to rethink their housing intentions. Prospective buyers are holding out for further drops they and brokers anticipate could materialize in the fall, while sellers are debating making what they can from their home now or waiting for the market to turn in their favour again.

Some sellers are even terminating their listings to take advantage of the hot rental market, where vacancies are dropping and prices are up.

The moderation taking shape within sales is taking longer to appear in home prices.

The composite benchmark price was more than $1.1 million, up by 12.9 per cent year-over-year.

The market also saw a drop in new listings, which amounted to 12,046 last month, down four per cent from a year ago.

“Many GTA households intend on purchasing a home in the future, but there is currently uncertainty about where the market is headed,” said TRREB CEO John DiMichele, in a release.

“Policymakers could help allay some of this uncertainty.”

He recommended the government review the Office of the Superintendent of Financial Institutions’ stress test. The mandatory test set the qualifying rate on uninsured mortgages at either two percentage points above the contract rate, or 5.25 per cent, whichever is greater.

Kevin Crigger, TRREB’s president, echoed DiMichele’s plea, saying longer mortgage amortization periods of up to 40 years on renewals and switches should be explored.

“With significant increases to lending rates in a short period, there has been a shift in consumer sentiment, not market fundamentals,” he said, in a release.

“The federal government has a responsibility to not only maintain confidence in the financial system, but to instill confidence in homeowners that they will be able to stay in their homes despite rising mortgage costs.”

This report by The Canadian Press was first published Aug. 4, 2022.