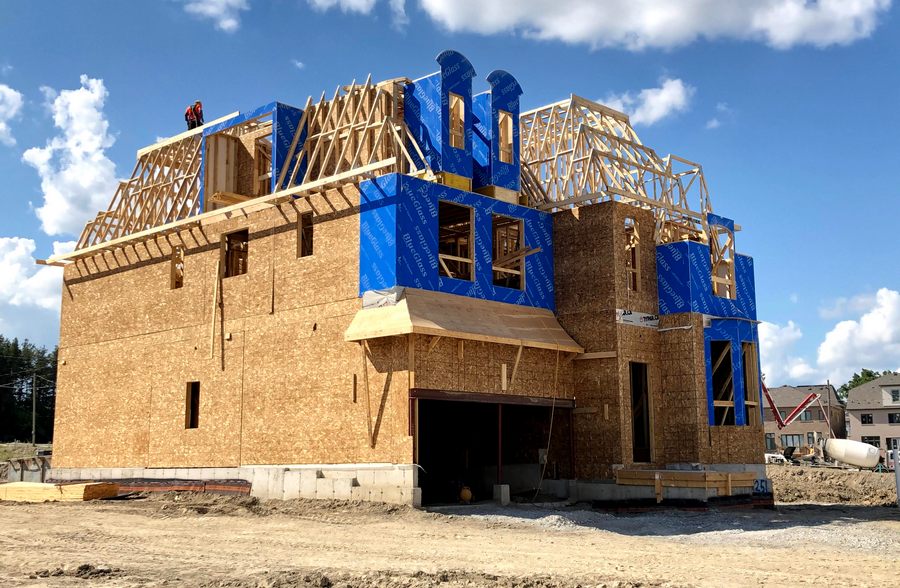 According to the Building Industry and Land Development Association’s latest new home market report,  home sales of 2,549 units were down 40 per cent from May 2021 and 26 per cent below the 10-year average.

Sales of new condominium apartments, including units in low, medium and high-rise buildings, stacked townhouses and loft units, with 2,058 units sold, were down 31 per cent from May 2021 and 10 per cent below the 10-year average. 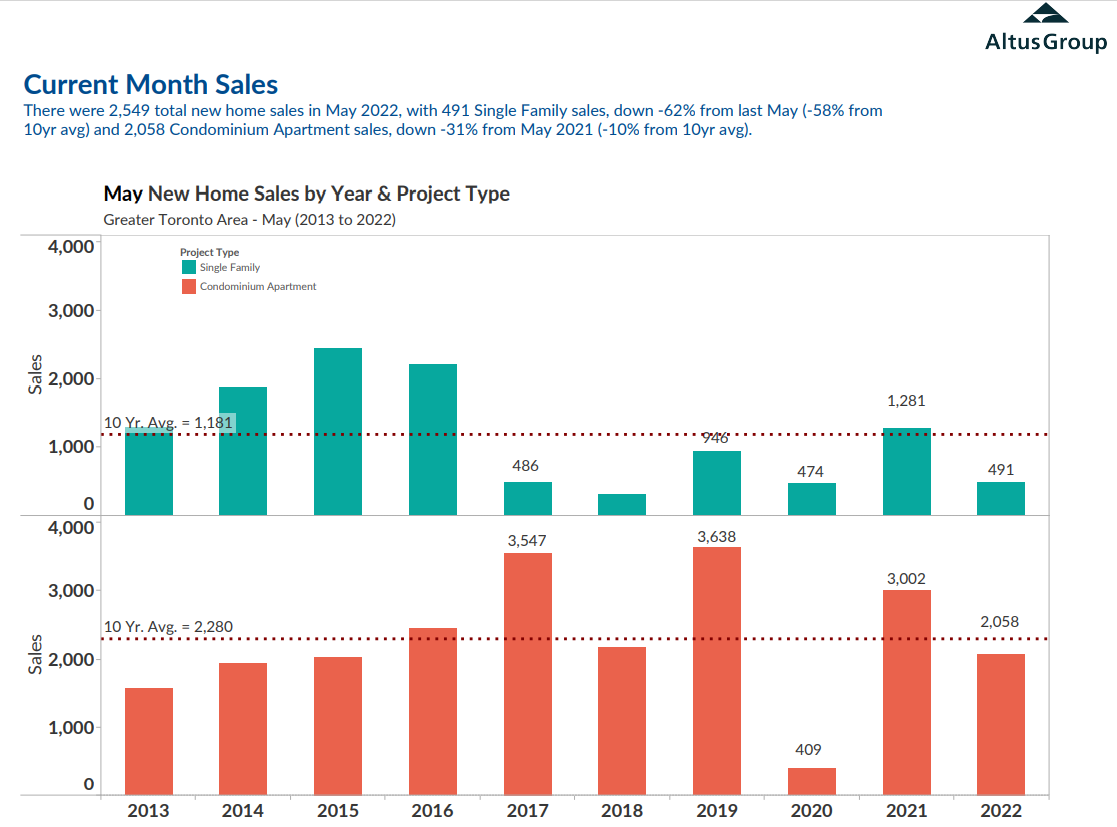 Single-family homes, including detached, linked, and semi-detached houses and townhouses (excluding stacked townhouses), accounted for 491 units sold, down 62 per cent from last May and 58 per cent below the 10-year average. 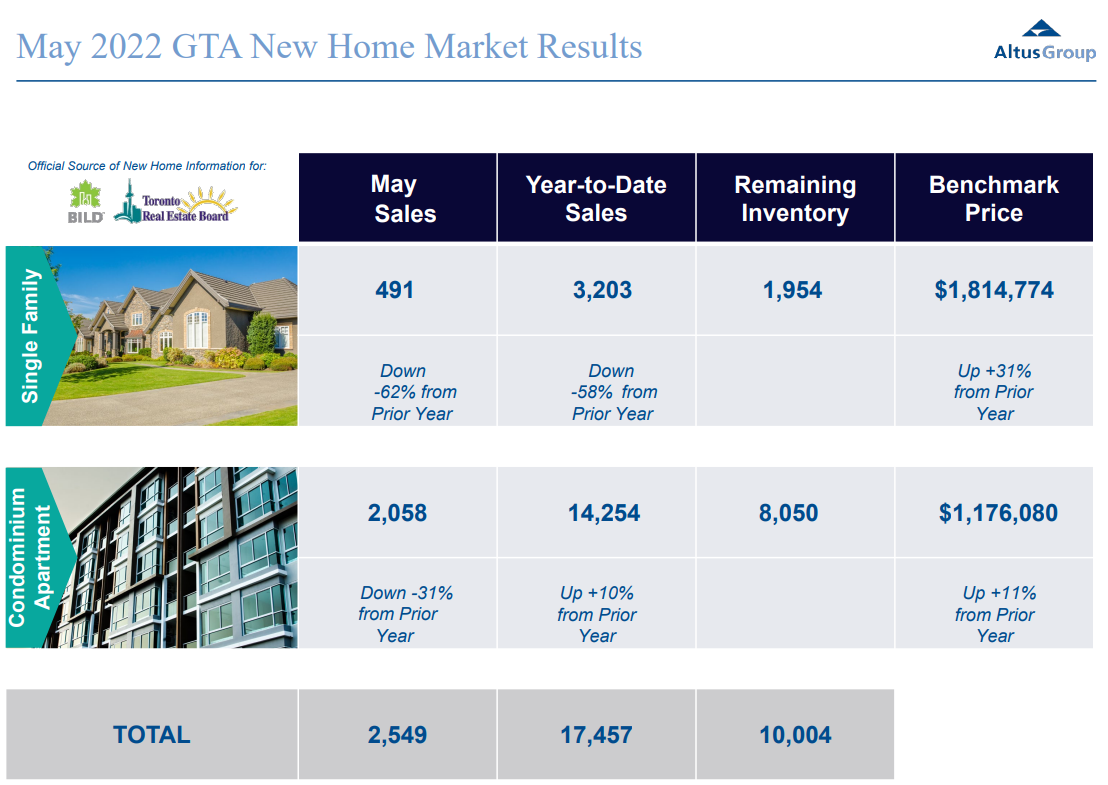 “While short term macro-economic trends point to an easing of housing demand in the coming months, failure to plan to ensure a consistent pipeline of new housing of all types will result in a future resurgence of the tight market conditions of the last few years,” said Dave Wilkes, BILD President & CEO. “This was the pattern following the 2017 market correction and the introduction of the mortgage stress test. Given present projected population growth, it is prudent for governments and industry to use this time to collectively plan for another period of renewed demand.”

Read the Full Report including Sales Data by Region