In 2020, the GTA new home market outperformed the sales total of the previous year, says the Building Industry and Land Development Association (BILD). Overall, there were 37,669 new homes sold in the GTA, according to Altus Group, BILD’s official source for new home market intelligence. This was up five per cent compared to 2019 and two per cent above the 10-year average. 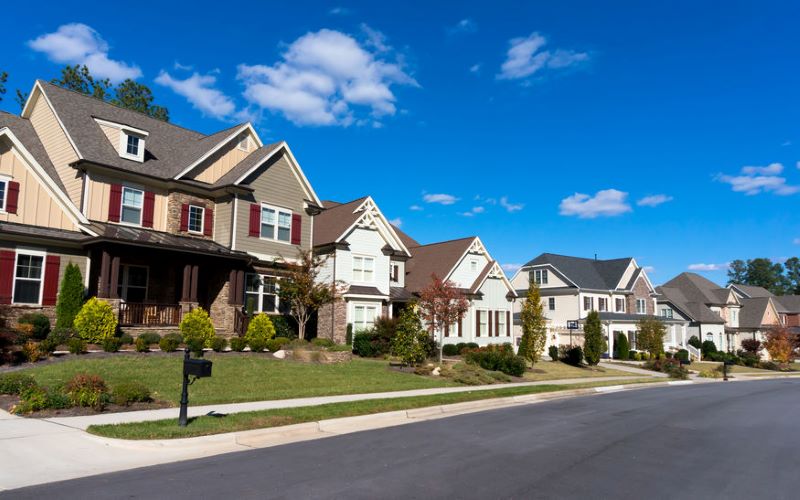 “Looking back at 2020, the resilience of the GTA new home market was very evident, highlighting the underlying demand for housing in the face of economic uncertainty,” said Ryan Wyse, Altus Group’s Manager, Analytics, Data Solutions. “Given the significant changes brought on by the pandemic, the industry and consumers were able to adapt quickly, and the result was an overall increase in sales compared to 2019, with a particular focus on single-family options.”

Single-family homes, including detached, linked, and semi-detached houses and townhouses (excluding stacked townhouses), accounted for 16,973 new home sales in 2020. This was an increase of 81 per cent from the previous year and 25 per cent above the 10-year average.

Condominium apartments, including units in low, medium and high-rise buildings, stacked townhouses and loft units, accounted for 20,696 new home sales, down 22 per cent compared to the previous year and 11 per cent below the 10-year average.

The month of December contributed 1,866 new home sales to the annual total, a fairly typical number for the month. December’s total new home sales were down 25 per cent compared to December 2019, but still seven per cent above the 10-year average.

With few new projects opening in December, as is typical for the month, total new home remaining inventory dipped from the previous month to 13,171 units, the lowest level since March 2018. Remaining inventory includes units in preconstruction projects, in projects currently under construction, and in completed buildings. 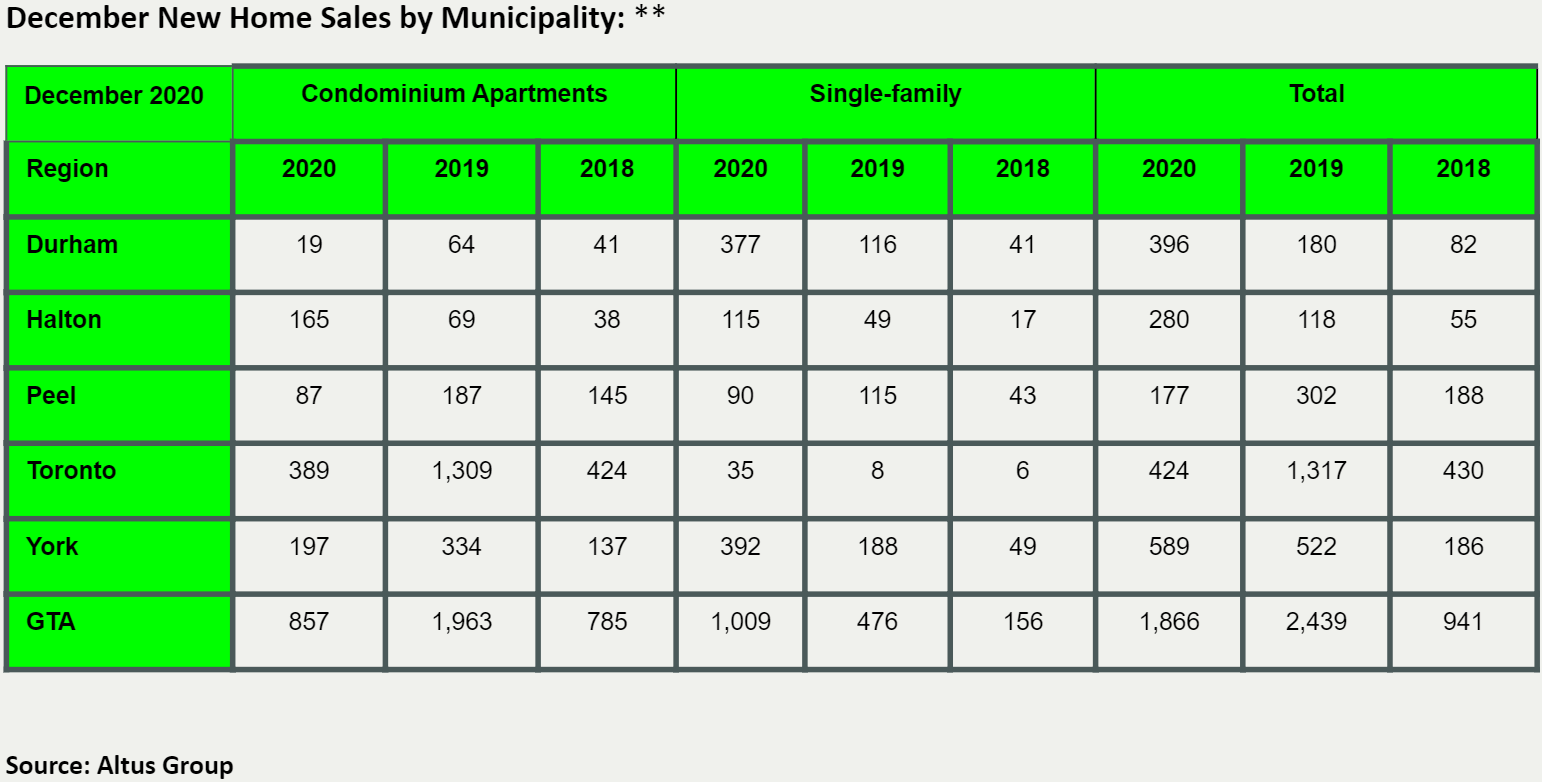 “A healthy new home market should have nine to 12 months’ worth of inventory but due to the disruptions brought about by the pandemic, we currently have only about four months’ worth, based on the pace of sales in the last year,” said Dave Wilkes, BILD President & CEO.

“The designation of the construction industry as an essential workplace during the pandemic has allowed us to keep working to ensure that this shortfall is not exacerbated. We have been able to continue building new homes while adhering to strict health and safety protocols on work sites.”