In March, GTA new home sales saw a change from the breakneck pace of the past few months, according to the Building Industry and Land Development Association (BILD). 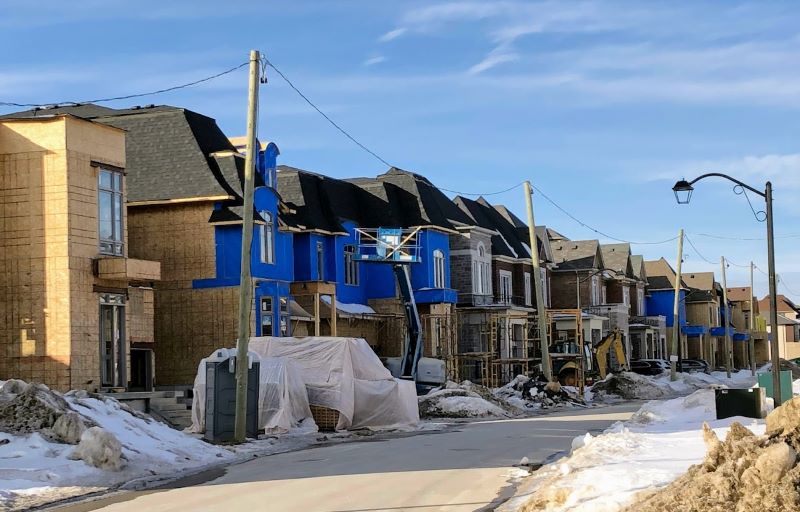 There were 4,115 total new home sales in March, which was down 21 per cent from March 2021 but still 12 per cent above the 10-year average, according to Altus Group, BILD’s official source for new home market intelligence.

Sales of new condominium apartment units, including units in low, medium and high-rise buildings, stacked townhouses and loft units, with 3,277 units sold in March, were down 7 per cent from March 2021 and 34 per cent above the 10-year average.

New single-family homes, including detached, linked, and semi-detached houses and townhouses (excluding stacked townhouses), accounted for 838 units sold in March, which was down 50 per cent from March 2021 and 32 per cent below the 10-year average. 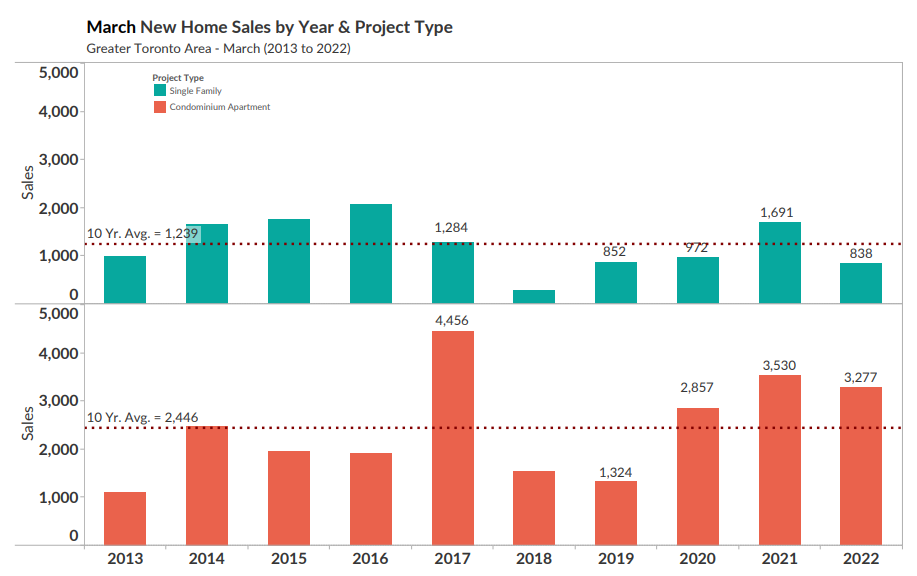 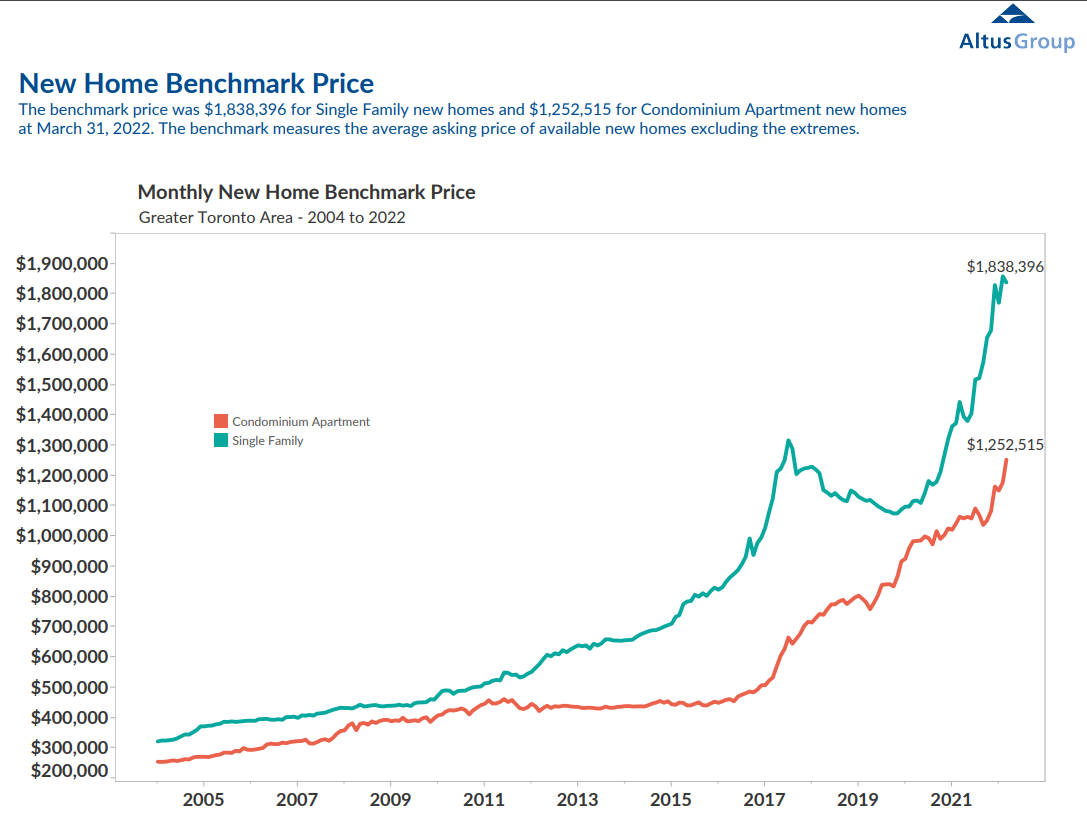 “Although new home sales eased in March compared to the exceptionally strong pace of the past few months, demand continued to outpace the supply of new homes, leaving the region with an inventory shortfall,” said Dave Wilkes, BILD President & CEO. “We cannot let short-term market variations mask the root causes of the housing supply and affordability challenge in the GTA. We need to keep our eyes on the long-term solution—building more new homes.”

With more than 1,200 member companies, BILD is the voice of the home building, land development and professional renovation industry in the Greater Toronto Area. The building and renovation industry provides more than 231,000 jobs in the region and $26.9 billion in investment value. BILD is proudly affiliated with the Ontario and Canadian Home Builders’ Associations.