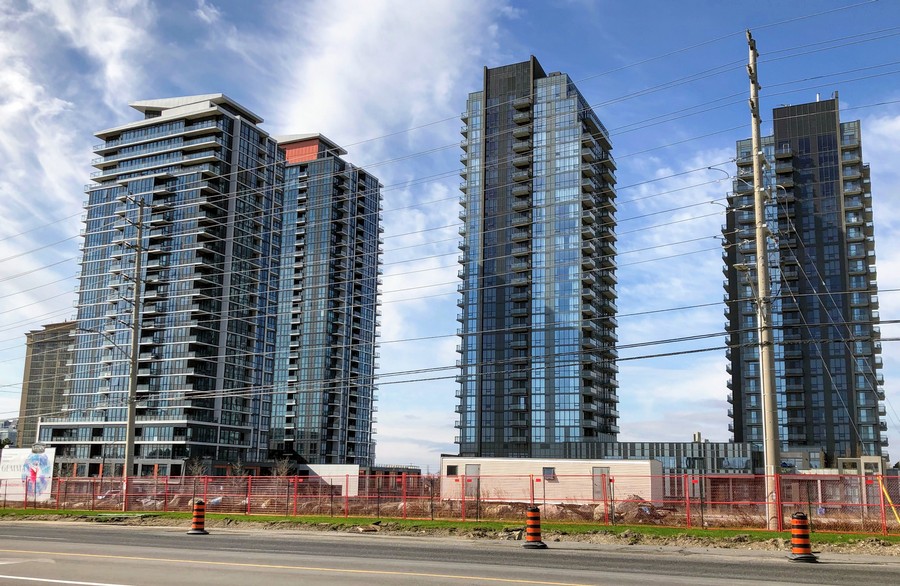 The GTA new home market showed signs of slowing down in April from the exceptionally strong pace of the past year, the Building Industry and Land Development Association (BILD) announced today.

Total April new home sales of 3,645 units were down 29 per cent from April 2021 though still 6 per cent above the 10-year average, according to Altus Group, BILD’s official source for new home market intelligence. 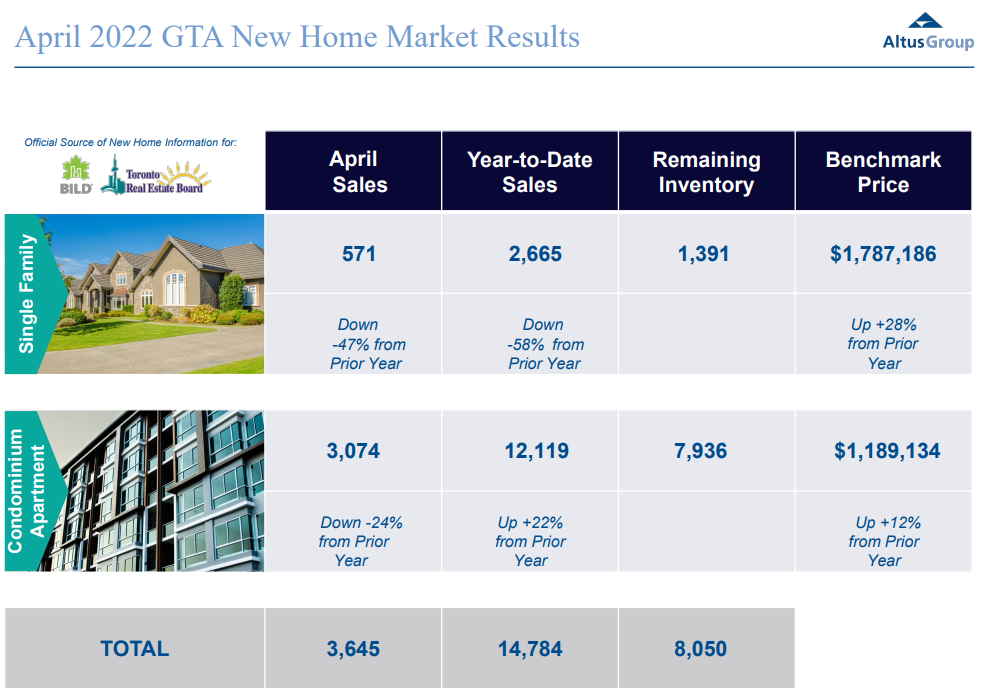 Single-family homes, including detached, linked, and semi-detached houses and townhouses (excluding stacked townhouses), accounted for 571 units sold, down 47 per cent from last April and 54 per cent below the 10-year average.

Sales of new condominium apartments, including units in low, medium and high-rise buildings, stacked townhouses and loft units, with 3,074 units sold, were down 24 per cent from April 2021 but 40 per cent above the 10-year average. It was the 4 highest number of condominium apartment sales for April since Altus Group started tracking in 2000. 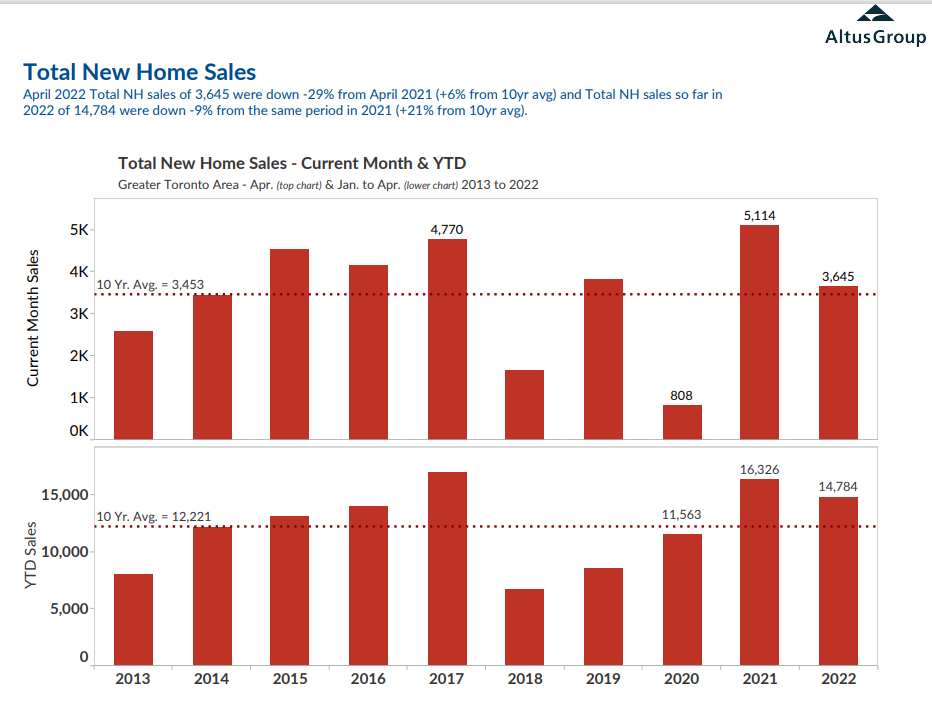 “New condominium apartment sales are down from last year, but would have been viewed as robust in the pre-COVID world,” said Edward Jegg, Research Manager at Altus Analytics, Altus Group. “The headwinds of rising interest rates and soaring inflation are starting to act as a drag after an exceptional 16 months. Meanwhile, single-family sales continue to languish as affordability issues persist.” 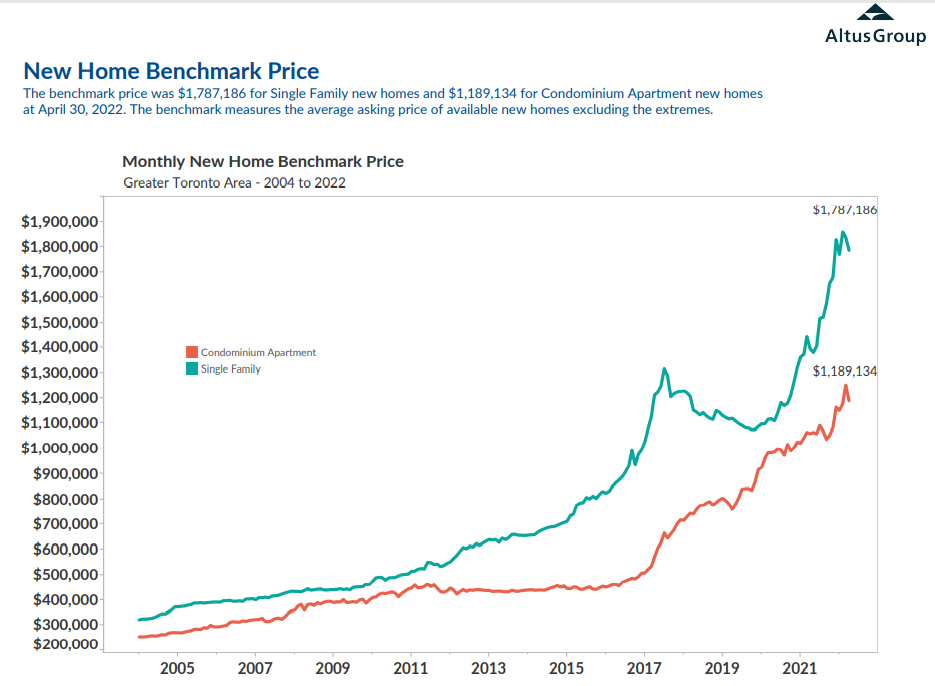 Due to a number of new project openings in April, total new home remaining inventory increased compared to the previous month, to 9,327 units, comprised of 7,936 condominium apartment units and 1,391 single family lots.

“The unpredictability in construction costs, the supply chain disruptions and the strikes our industry is currently experiencing are expected to impact housing supply in the GTA in the coming months,” said Dave Wilkes, BILD President & CEO. “Combined with the factors affecting the larger economy, we are likely to see some volatility in the housing market in the months ahead.”