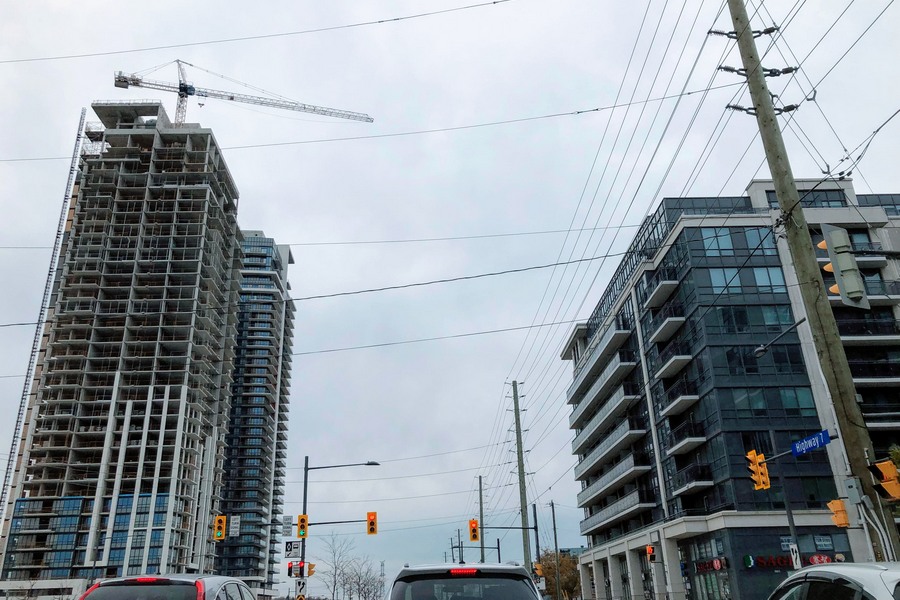 Various construction, home building and real estate organizations have come forward and congratulated Ontario’s Premier Doug Ford and the PC’s for being re-elected.

The Progressive Conservatives cruised to a second majority government Thursday. Doug Ford’s PC Party won 83 out of the legislature’s 124 seats in Thursday’s election. Promises of new highways, home building and hospitals revolved around Ford’s “get it done” pitch, seeking to turn the page on the pandemic by building the economy.

Here’s a round-up of some of the messages of congratulations by industry stakeholders:

RESCON congratulates Doug Ford and Ontario PCs on re election

The Residential Construction Council of Ontario (RESCON) congratulates Premier Doug Ford and the PCs for being re-elected. We would especially like to congratulate Steve Clark and Monte McNaughton, as they have been big supporters of the industry and understand the importance of residential construction and the skilled trades to the economy.

“We are looking forward to working with the government on urgent initiatives to boost the supply of housing, modernize the development application process, and move forward with programs to get more people into the voluntary trades,” says RESCON president Richard Lyall. “We were especially pleased at the commitment during the campaign to build 1.5 million homes over the next 10 years.

“Now that the dust has settled, the real work begins. It is critical for government and the residential construction industry to work together to reach that target by cutting red tape and using innovations like off-site panelized and modular housing which will enable homes to be built quicker.”

The PC government has already taken positive steps to address the crisis. The More Homes, More Choice Act was passed in 2019. This past February, a Housing Affordability Task Force came up with 55 recommendations to boost housing supply. And in March, the government introduced the More Homes for Everyone Act which commits to a housing supply action plan every year over four years.

However, more action is needed to address the situation. We are still well short of producing the number of homes needed to sustain growth and welcome the influx of immigrants coming to Ontario each year.

To tackle the problem, we must embrace innovation, streamline the development approvals process, and continue with initiatives that clear the path for more youth, women and people from underrepresented groups to learn the specialized skill sets needed to work in residential construction.

“Ontario’s PCs have played a leadership role in addressing the ongoing housing crisis since taking office,” says Lyall. “They have listened to the concerns of the residential construction industry and have been working towards a solution to the significant housing supply deficit. Ontario’s residential builders are eager and willing to continue working with the PC government to move the needle on housing. Owning a home is the Canadian dream. We must keep that dream alive.”

“Our association applauds the Premier’s commitment to address the housing crisis head on by building 1.5 million new homes over ten years.” noted OHBA’s new CEO, Luca Bucci. “OHBA is ready to work with the provincial government to implement the bold solutions that will dramatically increase the supply of housing and make the dream of home ownership more affordable for the countless families and individuals who are unable to find a place to call home in a community where they can live, work and play.”

Housing was a key issue for voters in this election, and the commitment to build 1.5 million homes in the next 10 years will require inspired policy changes that address the core issues restricting housing supply and driving up costs. These issues are development approval times, the availability of land, and the red tape that overregulates home building. Many of the solutions can be found through the recommendations from the Housing Affordability Task Force report, published in 2022, which provides the blueprint for necessary change that will increase the supply and lower the cost of homes.

“There is a blueprint to the problem, and people want solutions,” said Mr. Bucci. “The government can act quickly and decisively by working with our industry to implement the recommendations of the Housing Affordability Task Force. This would be a great first step to address the housing crisis _ as it would bring supply online faster and ultimately make housing more attainable for the people and families looking to call Ontario home.”

The Building Industry and Land Development Association (BILD) congratulates Premier Ford and the Progressive Conservative Party of Ontario on yesterday’s election results. The association, the land development industry, home and commercial builders and the professional renovation sectors look forward to continuing to work with the government to collaboratively address the housing and commercial space supply challenges in the Greater Toronto Area.

“There is a broad consensus that the roots of the region’s housing challenges lie in the lack of supply, which is fueling the affordability crisis,” said Dave Wilkes, President and CEO of BILD. “Now is the time to take bold and decisive action to address the underlying policy issues that have constrained land supply, added costs to new housing and slowed the addition of new supply to the market.”

There is unanimity that lack of housing supply is the key factor driving the lack of affordability in the GTA. During the election, all parties pledged to address housing supply and dramatically increase the addition of new housing units to the market over the next 10 years. Achieving the objective of adding 1.5 million homes to the Ontario market in the next 10 years (or nearly doubling the current housing starts) will require fundamental policy changes to address approval times and availability of land and to simplify the current bureaucracy that regulates home building. The expert recommendations from the Housing Affordability Task Force report, published in 2022, provide the blueprint for necessary change, and BILD looks forward to working with the new government to see the report’s recommendations implemented.

“Time is of the essence,” said Mr. Wilkes. “It takes on average 10 years to complete a high-rise project in the GTA and 11 years to complete a low-rise project. With long planning horizons, it will take time for any policy changes to translate into market impacts, which means the government must prioritize housing within the current mandate.”

The people of Ontario have spoken and in yesterday’s provincial election a majority of the province voted to build Highway 413 and critical infrastructure. This support will meet the needs of our growing province, keeping people and goods moving across Ontario. The Residential and Civil Construction Alliance of Ontario (RCCAO) is encouraged by the mandate the people have given and is ready to work to get shovels in the ground.

Last month, RCCAO shared research which revealed that 54% of Ontarians support the building of Highway 413, and yesterday’s election results is further evidence that the people of Ontario view this project as a necessary piece of infrastructure to expand both highway and transit capacity in the fastest growing region of the province.

RCCAO will build on its advocacy to continue to share the short-and long-term benefits of Highway 413, as highlighted in last year’s commissioned Jobs and Economic Impact of the GTA West Corridor report. In addition to meeting the long-term needs of the province, the report detailed many additional benefits of building the highway, including:

– Supporting up to 8,000 jobs annually in construction and other industries over a five- year construction period;

– Generating up to $2.3 billion of earnings for workers in Ontario throughout its construction;

– Alleviating congestion in the GTA which costs the economy $11 billion; and

– Building a parallel transitway dedicated exclusively for buses and LRTs.

The construction of critical infrastructure, such as Highway 413, across the province will ensure we are adding more capacity, building for the future and facilitating a competitive economic environment for Ontarians to prosper.

RCCAO congratulates Premier Doug Ford on his government’s re-election and all MPPs who will have the honour of representing the people of Ontario at Queen’s Park. RCCAO is eager to continue its collaboration with elected officials and all levels of governments to ensure critical infrastructure is built.

“The Ontario Real Estate Association (OREA) would like to congratulate Premier Doug Ford and the Progressive Conservative Party for their re-election as Ontario’s next government. We look forward to working with the newly re-elected government, and all elected MPPs, to help keep the Canadian dream of home ownership alive for Ontario’s young people and their families. Ontario’s REALTORS® put real solutions to the housing affordability crisis on the table in our ‘A Home for Everyone’ housing election platform, and we were pleased to see that the major parties listened and offered robust proposals that included a number of OREA’s ideas.

The PCs’ commitment to build 1.5 million homes over the next decade is key to solving the housing affordability crisis. We need more homes that people can afford, and this will go a long way towards that goal. The PC plan to give financial incentives to municipalities to take pro-growth measures and increase housing supply in their regions is also a big part of the solution.

OREA would also like to congratulate the other parties for their hard-fought campaigns. We encourage them to continue to advocate for pro-affordable home ownership ideas, such as the Liberal Party’s plan to get money laundering out of real estate, the NDP’s promise to give loans to first-time home buyers, and the Green Party’s Green Retrofit Program.

We need to continuously bring more housing supply to the marketplace. One way that the re-elected Ontario government can achieve this is by ending exclusionary zoning. These outdated zoning laws encourage NIMBY forces to drive up costs of homes or drive away affordable homes in a neighbourhood entirely. It defies common sense that you cannot build affordable starter homes such as townhomes for multiple families without red tape, runaround, and exorbitant costs.

The voters have decided and they want to see action. Let’s work together and bring affordability home for Ontarians across the province.”