Home prices in Q4 down year over year, first decline since end of 2008: report

TORONTO — The median price of a home in Canada in the fourth quarter of 2022 posted the first year-over-year decline since the end of 2008 during the financial crisis, Royal LePage says. 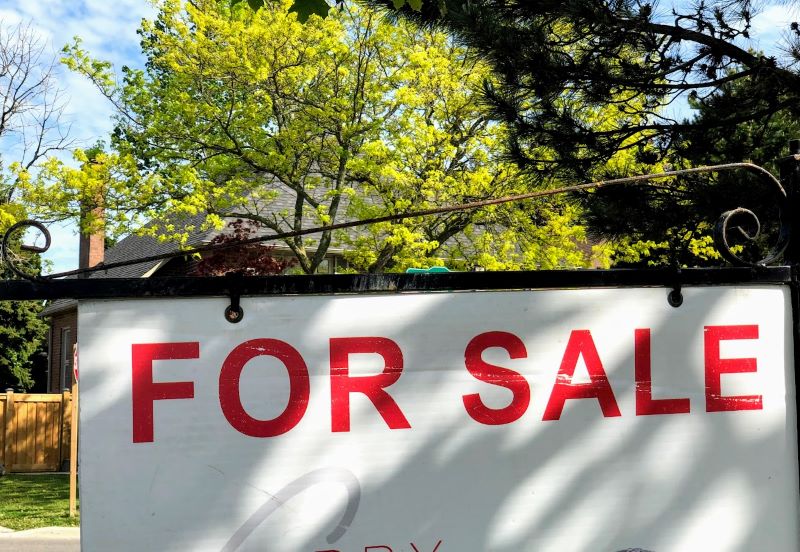 In its house price survey released Friday, the real estate company says the median aggregate price of a home was $757,100 in the final quarter of last year, down 2.8 per cent compared with the end of 2021.

The aggregate price was down 2.3 per cent on a quarter-over-quarter basis to mark the third consecutive quarterly decline.

“Activity levels were down sharply compared to the hypercharged state we experienced during the pandemic, with home prices flattening or showing modest declines,” said Phil Soper, president and chief executive of Royal LePage, in a release.

He attributed the declines to mortgage rates, which soared in tandem with the Bank of Canada’s interest rate hikes targeting stubbornly high inflation, but noted the drop in prices hasn’t brought them back to pre-pandemic levels.

Meanwhile, bidding wars have dissipated and both sellers and buyers are taking time to adjust the market’s new reality. As a result, many sellers are hanging onto their homes unless they have to move, hoping that prices will rise once more in a few months.

That’s left many buyers with little selection, but also intentions to bide their time until prices reach their absolute lowest.

“While the red-hot market conditions are behind us, there remains a widespread shortage of homes in Canada that cannot be offset by temporarily cooling demand,” Soper said.

“Many sidelined buyers are waiting patiently for the bottom to be revealed.”

He expects buyers to make their return to the market once interest rates stabilize and consumers adapt to their new normal.

Despite this return putting pressure on inventory and prices once more, he doesn’t think it will spark the frenzied state that 2021 ended on and 2022 began with.

Royal LePage’s previously released outlook for 2023, projected the aggregate price of a home in Canada will decrease a “modest” one per cent in the fourth quarter of 2023 compared with the same quarter in 2022.

This report by The Canadian Press was first published Jan. 13, 2023.