Home sales in December hit an all-time record for the month to end what was also a record year, the Canadian Real Estate Association said Friday. 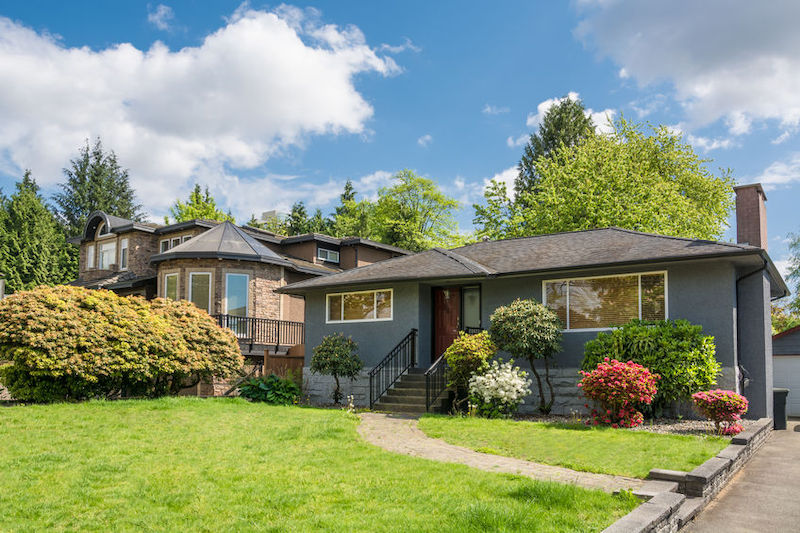 December sales were up 47.2 per cent compared with December 2019, the largest year-over-year gain in monthly sales in 11 years, the association said.

Sales for the month were also up 7.2 per cent compared with November.

The record-shattering December marked the sixth consecutive month of year-over-year home sales hikes, after the COVID-19 pandemic led to shutdowns across the country in the key March to May home sales season.

”This sweeping strength in sales heavily suggests that what’s driving this market are broad overall factors, and not local economic factors. Specifically, the plunge in interest rates last year and the pandemic-driven move to upgrade have lifted all markets,” said Douglas Porter, chief economist at BMO Capital Markets Economic Research, in a client note about CREA’s report.

”Suffice it to say, it wasn’t at all obvious that this is how things would play out 10 months ago.”

The actual national average home price was a record $607,280 in December, up 17.1 per cent from the final month of 2019. CREA said excluding Greater Vancouver and the Greater Toronto Area, two of the most active and expensive markets, lowers the national average price by almost $130,000.

Many of the areas with the biggest price gains last month were in Ontario, including Belleville, Simcoe, Ingersoll, Woodstock and the Lakelands region, where prices were up more than 30 per cent from December 2019.

Areas with more modest price growth included Calgary and Edmonton, where prices rose 1.5 per cent and 2.7 per cent, respectively.

Shaun Cathcart, CREA’s senior economist, said listings of new homes will the ”stat to watch” this year heading into the spring selling season, amid a ”major supply problem” that could affect affordability.

Cathcart said there were fewer than 100,000 homes listed for sale to start this year, the lowest level ever recorded CREA’s system, which dates back three decades. Five years ago, there were about 250,000 listings, he said in a statement.

”We already have record-setting sales, but we know demand is much stronger than those numbers suggest because we see can see it impacting prices,” Cathcart said.

”So we have record-high demand and record-low supply to start the year. How that plays out in the sales and price data will depend on how many homes become available to buy in the months ahead.”

According to the CREA:

The number of newly listed homes climbed by 3.4% in December, led by more new listings in the GTA and B.C. Lower Mainland, the same parts of Canada that saw the biggest sales gains in December.

Based on a comparison of sales-to-new listings ratio with long-term averages, only about 30% of all local markets were in balanced market territory in December, measured as being within one standard deviation of their long-term average. The other 70% of markets were above long-term norms, in many cases well above.

The Aggregate Composite MLS® Home Price Index (MLS® HPI) rose by 1.5% m-o-m in December 2020. Of the 40 markets now tracked by the index, only one was down between November and December.

The non-seasonally adjusted Aggregate Composite MLS® HPI was up 13% on a y-o-y basis in December – the biggest gain since June 2017. (Chart B)

The largest y-o-y gains – above 30% at this point – were recorded in Quinte & District, Simcoe & District, Woodstock-Ingersoll and the Lakelands region of Ontario cottage country.

Prices were up in the 15-20% range compared to last December in Oakville-Milton, Peterborough and the Kawarthas, Montreal and Greater Moncton.