TORONTO — Andrew Hamilton and his wife bid farewell to their home in Toronto’s Junction neighbourhood roughly a year and a half ago, when housing prices were soaring, but finding a new abode proved tricky. 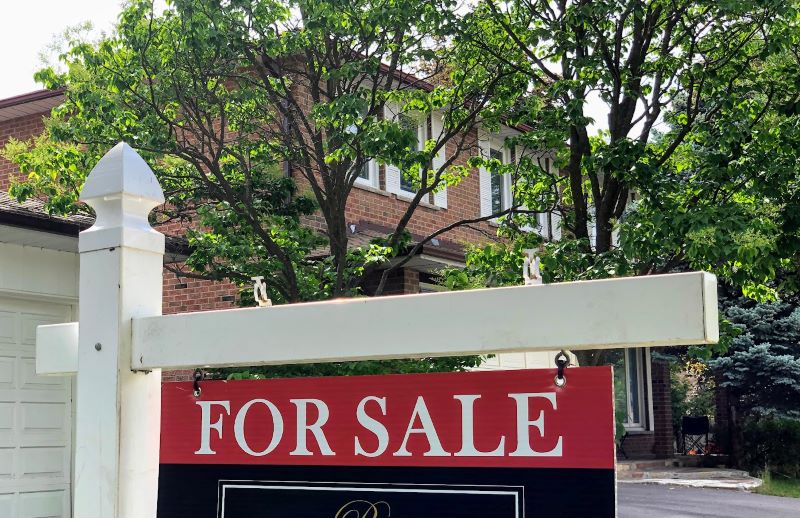 With no available homes meeting their needs or price range, the couple opted to temporarily use the equity they got from selling their house on a rental property in Etobicoke.

But they still have one eye on the market and are hoping the current cool-down will deepen enough for them to snag another home.

“Patience, I think, will pay off,” said Hamilton.

His sentiments are common throughout the sector, especially with prospective buyers, who have lamented the torrid pace Canada’s real estate market has moved at in recent years.

But many feel 2023 may be the year their luck changes. Prices have steadily declined since last spring, bidding wars are less frequent and economists foresee an end to the Bank of Canada’s quick succession of interest rate hikes that have added hundreds, if not thousands, of dollars to monthly mortgage payments.

She expects buyers who delayed purchases will feel more comfortable this year as the changed housing market sinks in.

“They’re getting used to it,” she said.

“People are saying that they don’t have to go into bidding wars and put in unconditional offers. Now they have the freedom to put in conditional offers, so that’s giving a lot of people a bit more confidence.”

But there’s at least one major change that could be on the horizon. Economists have been predicting 2023 will be the year Canada enters another recession, though it’s unclear how severe the downturn will be.

“All of those have implications for the housing market,” said the chief economist at BMO Capital Markets.

“Clearly, the less intense the hit to the economy, the better the news is for the housing market.”

Even in current conditions, he sees the housing market as one of the weakest parts of the economy — a phenomenon unseen in years, if not, decades.

His forecast predicts that by the time the current economic cycle is complete, home prices will have fallen by between 20 and 25 per cent from their peak, noting they have already dropped 10 per cent.

The Canadian Real Estate Association said last month that the actual national average home price was $632,802 in November, a 12 per cent decline from the same month last year.

As prices tick down, Porter said the market sits in “suspended animation” with sellers wary of listing their properties because they won’t fetch what neighbours did last year and buyers sitting on the sidelines waiting for better mortgage rates and more inventory.

“Certainly, you don’t want to jump in and buy when it looks as if prices can drop a whole lot more,” Porter said.

The decreases seen so far have been offset by a rapid string of hikes to the Bank of Canada’s key interest rate, which sits at 4.25 per cent — the highest it’s been since January 2008.

Allison Van Rooijen, vice-president of consumer credit at Meridian Credit Union, estimated the latest hike — half a percentage point in December — would bump payments on a $450,000 variable-rate mortgage on a 25-year amortization up another $130 or so every month. Since the beginning of 2022, rising rates have amounted to roughly $1,000 more per month for the same mortgage.

“To me the interest rates story is the biggest one this year that will have the biggest effect by far,” said Porter.

“The reality is the price correction we’ve seen so far really hasn’t even made up for the run up in interest rates. I would still assert that the market is still digesting the interest rate increase and we haven’t seen it fully reflected in prices yet.”

The Toronto Regional Real Estate Board said Thursday that the average price sat at $1,051,216 in December, a 9.2 per cent fall from a year ago.

A day earlier, the Real Estate Board of Greater Vancouver reported the composite benchmark price now sits at $1,114,300, a three per cent decrease from December 2021, and on Tuesday, the Calgary Real Estate Board revealed the average price was up four per cent to $495,231.

Porter expects the Prairies to be the most resilient market because it didn’t encounter as much of an overvaluation as other regions did in the first years of the COVID-19 pandemic.

He sees the Atlantic provinces and some parts of British Columbia in the middle of the pack because they didn’t have quite the boom that Ontario had but are now grappling with an increase in immigration.

He’ll be watching medium-sized cities in southwestern Ontario, like Hamilton, Kitchener, London and Windsor, most closely because they “absolutely took off” during the pandemic but have since slid into a “deep” correction.

Porter will be looking to see whether they are showing signs of stabilization, which could be an omen for the broader market.

But he warns the unprecedented nature of the pandemic makes the current housing market tough for anyone to predict.

“The housing market might hold up a bit better than what we’re anticipating just because it is such an unusual cycle,” he said.

“But I don’t think any of us can have a great deal of confidence in our forecasts these days because there’s so many unique aspects to this economy that we’re dealing with.”

This report by The Canadian Press was first published Jan. 8, 2023.

Montreal home sales in December fall 39% compared with year ago: Quebec board