TORONTO – Dozens of people living in tents across Toronto have been moved into furnished apartment buildings as part of the city’s response to protect the vulnerable during the COVID-19 crisis.

The encampments have popped up throughout the city during the pandemic as those living in shelters have taken to the outdoors, many of them afraid of catching the novel coronavirus in overcrowded shelters.

On Thursday, officials focused on moving about three dozen people who’ve been camped out at Sanctuary Ministries Toronto in the city’s downtown.

There will soon be 125 units available that come with a kitchen, bedrooms, beds, linens, wi-fi and a television. Residents will also be fed three meals a day and have laundry service, the city said.

Nikki Renaud and her partner, Romeo Pratt, had been hunkered down in one tent with their close friend Rob Dods for the last month.

The trio could not stop smiling on Thursday.

”A bed,” Renaud said, laughing. ”I haven’t slept on a real bed in a long time. Outside we’re just sleeping on cardboard and sleeping bags.”

Pratt said he was ready for a new beginning.

Pratt said he’s been on the street for two years, mostly living at a shelter he hated. He said he wants to work again and believes a home will help.

”We’ll be more safe, I can keep my wife safe and we get a door to lock now.”

Life on the streets had become even more difficult for those without homes during the pandemic. Physical distancing rules forced many drop-in centres and food banks to close or only offer food to go. Bathrooms had become nearly impossible to find.

With so few drop-ins open, Sanctuary Ministries became a beacon to those in need of food and a place to go to the washroom – the organization rented portable toilets to help.

In a month, nearly 30 tents had surrounded their building, said Greg Cook, an outreach worker at Sanctuary.

”While it’s not ideal, it’s better than having to sleep in the rain,” he said.

The city has redeployed hundreds of workers to help a massive relocation effort as it moves those in shelters and on the streets into hotels and apartments.

”I am so proud of this project – it’s born out of a terrible pandemic, but I’m really excited to see this happening,” said Mary-Anne Bedard, the general manager of the city’s shelter, support and housing administration.

A developer, the Times Group, approached the city about using two vacant buildings it was set to demolish, Bedard said.

The city is not issuing demolition permits due to the pandemic, so the buildings were available, she said. They had worked with the organization two years ago when the company offered use of one of its buildings for a city-run refugee program. 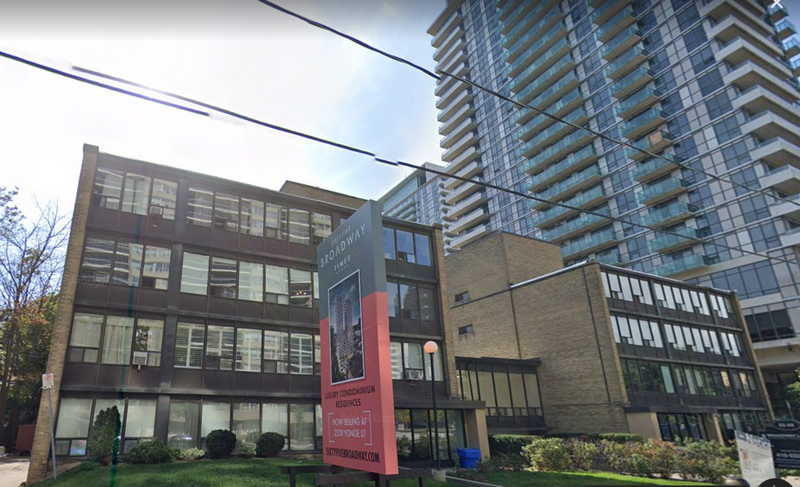 ”They are a family development company who themselves are refugees who fled the Iranian war and have since done really well and wanted to give back,” Bedard said.

The company is charging a ”reasonable rate” for the building and will donate all the money to local foodbanks, she said.

While the move is a good step, it is nowhere near enough to get everyone out of encampments, she said, so the city is looking for more vacant buildings.

Before the pandemic hit, there were about 7,000 people in the city’s shelter system. The city has been buying and leasing hotels in an effort to get everyone out of the shelters, many of which are crowded, ”open-air” settings with many cots in large rooms.

About 3,000 residents of the shelter system were already in hotels and family settings before the pandemic hit. In the last month, the city has moved 1,700 more out of the shelters, Bedard said.

COVID-19 has made its way inside some shelters, with 211 people testing positive. Nine have been hospitalized.

Bedard said the city moved people from five long-term encampments underneath the Gardiner Expressway on Wednesday and have targeted several other areas.

The entire relocation project will cost about $200 million by the end of the year, she said, and the city is hoping for more money from the provincial and federal governments.

Dods, who had been living in a tent with Renaud and Pratt in a tent for a month, said he’s happy, but anxious.

”I haven’t had a place of my own for about four years,” he said.

”It wouldn’t happen without the virus, but at least the city is taking action.”

He said he is excited for the bathroom.

Canadian renters will search for more affordable rentals because of COVID-19:…