TORONTO — Canada’s housing market is continuing to slow as home sales in some of the country’s biggest cities retreated in November.

The Toronto Regional Real Estate board (TRREB) said Tuesday that November home sales activity was down by about half from last year, following a similar trend seen in recent months. 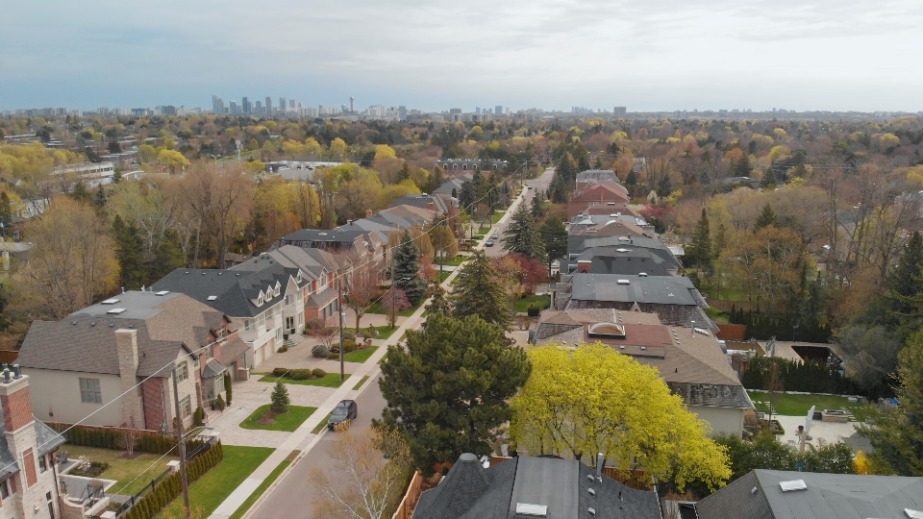 November’s 49 per cent decline from last year to 4,544 sales came as rising interest rates continue to put pressure on affordability and the real estate market, the board said.

TRREB said the total of 8,880 new listings for November was about a 12 per cent decline from a year earlier, and was also down from the previous month.

Listings slowed for the month in part as sellers hold off over fears they won’t make as much as they would have 10 or 12 months ago when the market was moving at a torrid pace.

“There is a self-fulfilling prophecy happening in the housing market at the moment in that sellers know the market is down so they choose not to list their home,” said Cailey Heaps, president and CEO of Heaps Estrin Team.

“But if they did, they would find that there is still strong demand for the reduced inventory that is priced properly. This is particularly true in select micro markets across the GTA.”

The composite benchmark price was down 5.5 per cent in November compared with last year, while the average price across home types was down by 7.2 per cent. 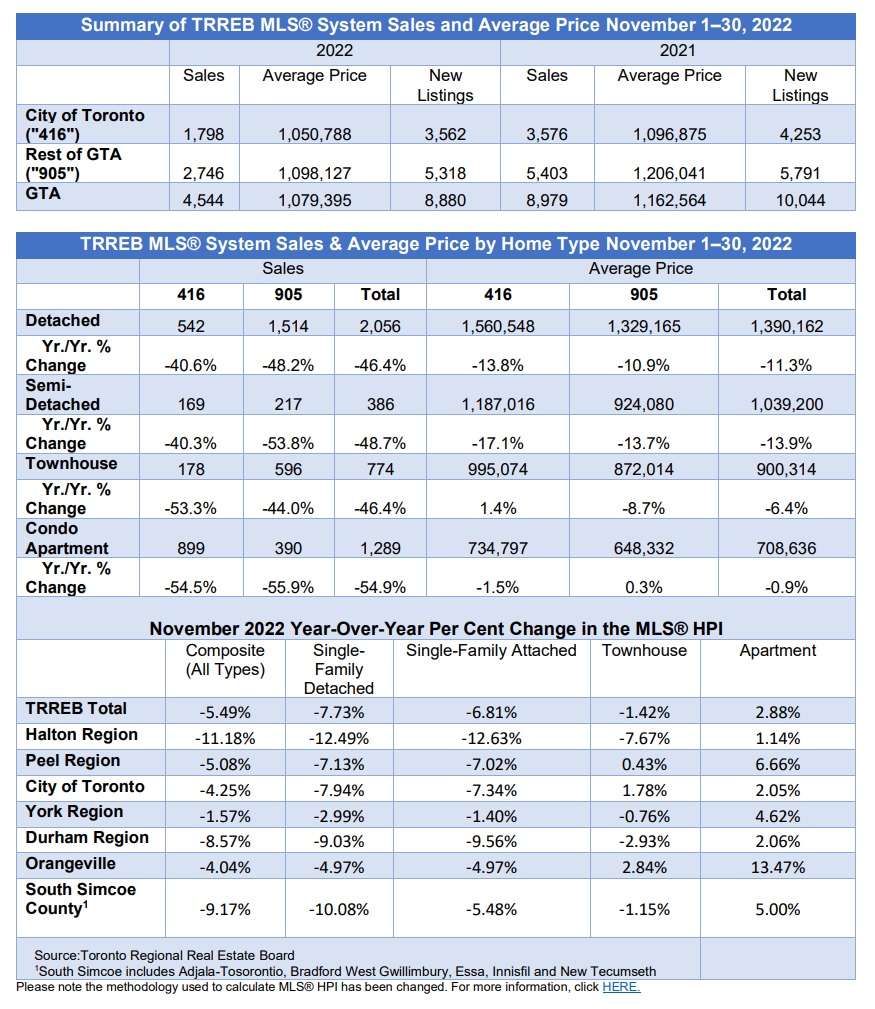 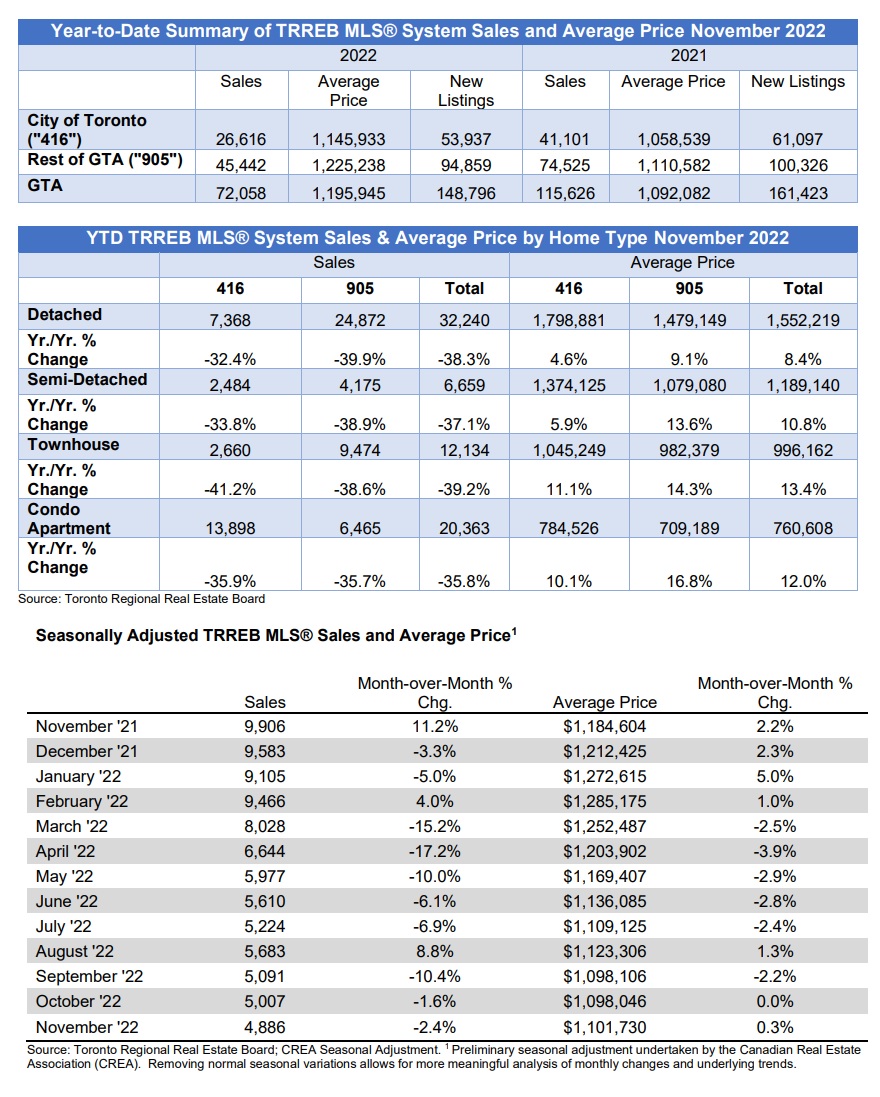 “The marked downward price trend experienced in the spring has come to an end. Selling prices have flatlined alongside average monthly mortgage payments since the summer.”

The cooldown in the market overall is more of a short-term trend, with the longer-term concern still one of supply given the huge share of record immigration that will head to the Toronto area, said TRREB president Kevin Crigger in the release.

“The long-term problem for policymakers will not be inflation and borrowing costs, but rather ensuring we have enough housing to accommodate population growth.”

Davelle Morrison, broker at Bosley Real Estate Ltd., is expecting much of the same when data for December is released with the holidays taking centre stage for the month.

“People do start focusing on the holidays. I can tell you, my buyers are certainly not as engaged as they once were. Everybody’s mind is off on something else right now,” she said.

“We also have another interest rate hike coming tomorrow. I think people are just saying, ‘OK, this year is done. We’re over it. We’re looking to next year already.”’

Toronto’s sales numbers showed a similar trend to Vancouver, where the Real Estate Board of Greater Vancouver said last week that home sales for the month of November were down 53 per cent from a year earlier.

Meanwhile, the Quebec Professional Association of Real Estate Brokers said Monday that sales numbers for Montreal dropped 38 per cent from a year earlier.

This report by The Canadian Press was first published Dec. 6, 2022.

Vancouver’s November home sales fell 53% from a year ago, 15% from October: board