Housing shortage continues on P.E.I. despite another record construction year

CHARLOTTETOWN — Prince Edward Island is on track for a third consecutive year of record new home construction, but tenants are still feeling the pinch from a provincial vacancy rate that is the lowest in the country. 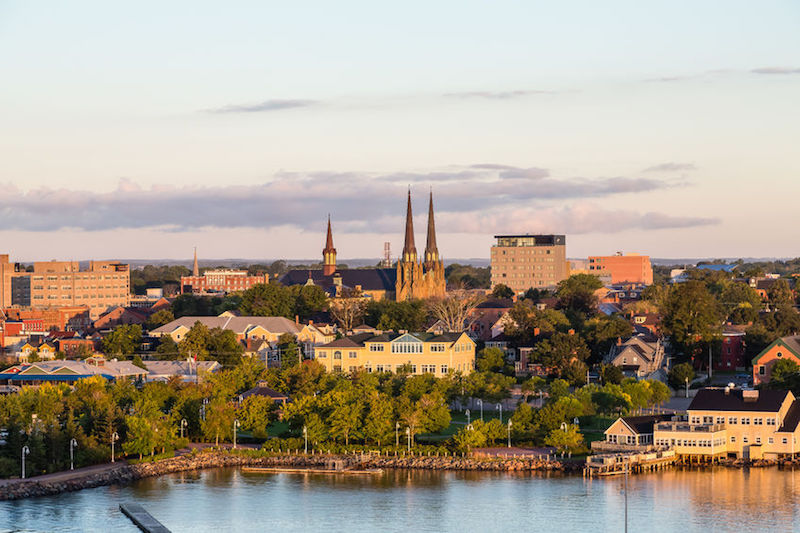 The current vacancy rate of 1.2 per cent reported by the Canada Mortgage and Housing Corporation is an improvement from October 2018, when it stood at close to zero, but the province continues to face a shortage of affordable housing units.

Sam Sanderson, general manager of the P.E.I. Construction Association, said many builders are fully booked for new home construction until 2021.

“The industry is full-steam ahead trying to meet the housing needs,” he said. “We are a good year to a year-and-a-half out for residential construction.”

Mary Jane Webster, owner of RE/MAX realty in Charlottetown, said the rapid increase in the Island population has put pressure on the housing market for the past five years.

“The real crisis is in terms of what’s affordable and what is the measure of affordable housing,” she said.

“The multi-unit buildings are expensive to build and the rents are out of reach for many people. The flip side is that most are fully rented before they finish construction,” she added.

Webster said population growth has eased a bit, allowing the real estate market and builders a chance to at least catch their breath.

Sanderson said total construction value in the province jumped to an estimated $500 million last year from about $350 million in 2018. But capacity is limited by an ongoing shortage of skilled tradespeople, with about 500 jobs available in construction on P.E.I.

The Island government launched a fund in November to help developers build more multi-unit housing. It is providing 10-year loans with an annual interest rate of four per cent for the construction of buildings with at least four residential units up to a maximum of $4 million per project.

They are concerned the large multi-unit building would be out of place in a neighbourhood of mainly single-family homes.

Much of the Island’s boom has been credited to immigrants boosting the population and economy.

According to Statistics Canada, P.E.I. had 2,349 newcomers in 2017. While the number is low compared to other provinces, it was the largest increase in the country when stated as a percentage of the population —1.64 per cent.

“We’re as busy as we’ve ever been,” he said. “I think newcomers are facing the same issues that established Islanders are facing. There’s a tight housing market, and people are having to wait longer to be able to get into a place.”

He said the market is responding with new homes and apartment buildings, and schools and commercial space have also been added to address the province’s growing population, which now stands at about 157,000 people.

Mackie said his association is working with various sectors in an effort to match people to jobs, including those in construction.

According to the January 2020 report card of the Atlantic Provinces Economic Council, about half of Atlantic businesses report challenges with recruitment and retention of staff.

“In 1990, there were 20 new workers entering the region’s labour market for every 10 retiring; now there are only seven,” APEC president David Chaundy said.

He said without in-migration of immigrants and people from other provinces, the region’s population would be shrinking.

Patrick Brannon, director of major projects for APEC, said there’s no sign of the economy slowing on the Island.

“It’s certainly the fastest growing province in the region,” he said.

“All the elements are in place for strong growth if they manage to retain immigrants. That will spill over into the rest of the economy,” Brannon said.

He said low vacancy rates and higher home prices will be a growing pain for some time.

— By Kevin Bissett in Fredericton.

This report by The Canadian Press was first published March 3, 2020.