TORONTO — Canada Mortgage and Housing Corp. says even under best-case scenarios, housing starts will fall well below the affordable housing supply targets it has set for Ontario, B.C. and Quebec to reach by 2030. 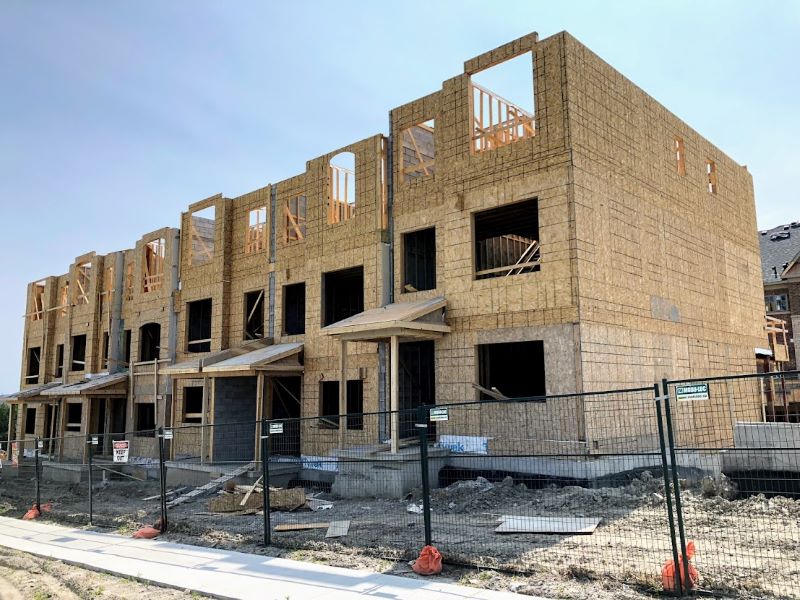 In those three provinces and Alberta there will only be enough labour capacity over the next eight years to increase the number of housing starts by between 30 and 50 per cent under best-case scenarios, the federal housing agency said in a new report released Thursday.

“We didn’t think the challenges were this acute. We thought that there was more capacity in order to achieve these goals,” said Dana Senagama, a senior specialist in market insights at CMHC and one of the report’s authors.

“These provinces are going to have problems, but how much they will have… is what was more surprising.”

Senagama’s report concluded Ontario, Quebec and B.C. will have to double the number of starts that they can produce under best-case scenarios to help reach CMHC’s national affordability target of 3.5 million more homes built by 2030.

Alberta shouldn’t have as much trouble increasing housing supply, even under maximum capacity conditions, because it has fewer supply and price pressures and steady population growth.

CMHC describes a best-case scenario as a market where there is the highest percentage of people in the population working in residential construction and the lowest number of construction workers per unit being built in the last 25 years.

But best-case scenarios can also have downfalls, it pointed out. If construction workers are stretching to meet demand and new staff don’t join their ranks, backlogs can form.

Labour capacity problems will be worst in Ontario, where the population and price pressures are highest, but Quebec and B.C. will also not have the workforce needed, CMHC said.

It found the number of workers per residential unit under construction has been decreasing in Ontario, Quebec and B.C., leaving each worker with more tasks to complete.

“Labour is able to get more things done within the same building, so it’s easier to move equipment and cranes as opposed to in those big, low rise subdivisions, where it appears … that more workers are needed to move between one house to another,” said Senagama.

“That suggests to us that there’s more capacity in building up, but the problem with high-density construction is where do we find that right product mix that’s suitable for home homeowners or homebuyers?”

Barry Fenton, president and chief executive of Lanterra Developments, liked this suggestion because it aligns with the kinds of projects he notices the industry wants to work on.

“The trades themselves would prefer to be managing a larger group of people and be involved in one project than having to build low-rise or mid-rise housing,” he said.

CMHC also recommended focusing on more home conversions because it’s more costly to turn existing buildings into residential units, but can be a quick way to optimize current labour capabilities.

To boost the number of workers, it suggested more education and incentives to get people between the ages of 15 and 24 to work in construction, fair compensation for those in the sector and more targeted immigration programs that could bring in people willing to join the industry.

Fenton doesn’t necessarily think immigration is the answer, but feels the government could do more to encourage people to return to the workforce after COVID-19 shutdowns in 2020 and 2021.

“It’s very hard to get people to work sometimes because they got used to staying at home and a lot of people got subsidized by government agencies,” he said, referencing pandemic relief the government rolled out to Canadians.

He thinks any labour shortages will ease and are second to other issues like housing affordability and the difficulty of balancing inventory with consumer wants.

“With the whole issue of supply and demand, I think there’s going to be a continued pressure component over the next many years.”

This report by The Canadian Press was first published Oct. 6, 2022.