OTTAWA – The Trudeau Liberals are making another end-run on the provinces in their bid to spend infrastructure money, citing problems with getting projects off the ground as a reason to deliver $2.2 billion more directly to cities.

Tuesday’s budget announced a one-time top-up to the federal gas-tax fund, which sends money directly to municipalities each year to help cover the costs of work on roads, bridges, water systems and other local infrastructure needs. 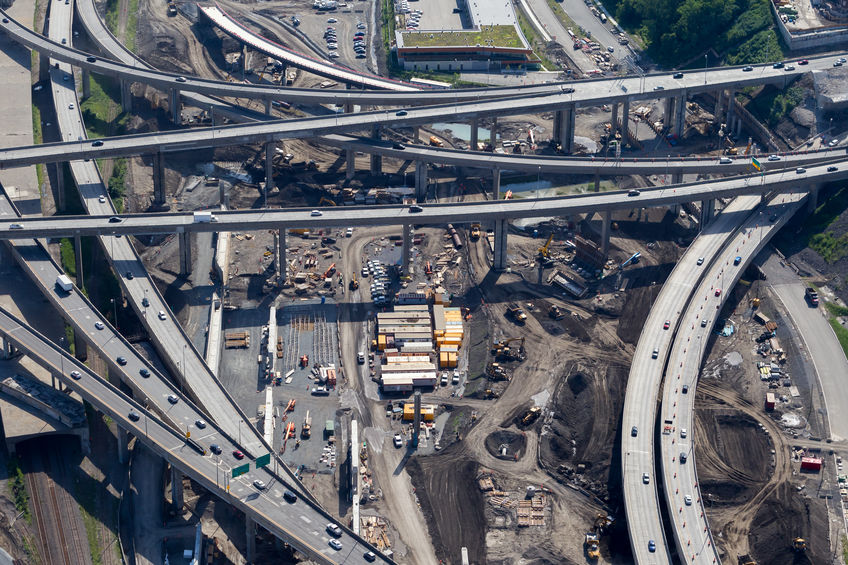 The extra funding doubles the transfer to cities this fiscal year.

Although the Liberals have publicly touted a renewed dialogue with provincial and territorial governments, there are private frustrations about infrastructure issues, some of which are laid bare in internal documents previously obtained by The Canadian Press.

The budget document says the Liberals have approved more than 33,000 projects, worth about $19.9 billion in federal financing, under new and existing infrastructure programs. But it also acknowledges spending has been slower than anticipated, including for reasons beyond the federal government’s control _ such as “some jurisdictions being slower to prioritize projects.”

Finance Minister Bill Morneau called out four provinces on Tuesday in explaining the Liberals’ decision to use the gas-tax fund to kickstart more projects.

“What we’ve seen is we’ve not been able to get as many projects done in some places, places like Ontario, Saskatchewan, Manitoba, New Brunswick, as we’d like, so we’ve put a municipal infrastructure top-up to make sure that more projects get done across our country,” Morneau said.

Elections in Ontario and New Brunswick last year also put a pause on project provincial approvals during the campaigns, and all four of those provinces now have conservative governments that don’t always co-operate readily with the federal Liberals.

Even more spending will also flow through funds managed by the Federation of Canadian Municipalities. The federation’s president, Mayor Vicki-May Hamm of Magog, Que., said the measures are a direct response to pleas from cities to modernize their relationship with Ottawa and not rely solely on the provincial governments that ultimately control them.

#Budget2019 elevates our fed-muni partnership to build better lives. How? Doubles next year’s direct transfer to #cdnmuni for infra. Invests in delivering directly for CDNs through FCM. Also acts on our advice to prioritize rural Internet access. #cdnpoli https://t.co/dPEV5IuMm2 pic.twitter.com/IUDU6X9O84

The Liberals’ infrastructure plan was a cornerstone of their successful 2015 election campaign. Once in office, they created a decade-long plan that was meant to double federal infrastructure spending to more than $186 billion. How successful the plan has been is an area of contention between the Liberals and the parliamentary budget watchdog, who most recently questioned anew whether increases in federal spending have created jobs as the government promised.

Other investments have, according to provinces, fallen short of what was required, particularly on rural broadband internet service.

Infrastructure Minister Francois-Philippe Champagne told The Canadian Press late last year that he was looking at different revenue models to entice private backers to pay for rural broadband, after his predecessor heard an earful from provinces that the need should be on the radar of the Canada Infrastructure Bank. The details were laid out in documents obtained by The Canadian Press under access-to-information laws, which also noted concern about a lack of co-ordination in spending to connect remote or rural communities.

The Liberals created the bank in 2017 to take $35 billion in federal financing and use it to leverage three to four times that from the private sector to help pay for major highways, bridges, and water and electrical systems. To get private money involved, projects needed to produce revenue streams _ tolls, for instance. Fees for internet service are already typical, but serving remote, sparsely populated areas with high-speed lines is a financial challenge.

On Tuesday, the Liberals added a new component to the Crown agency, earmarking $1 billion over 10 years for rural broadband, but mandating the bank find at least $2 billion more in private capital for the initiative. It was part of a plan to deliver up to $6 billion over a decade to connect everyone in the country to high-speed internet by 2030.

Luxury sales down in formerly hot housing markets, but up in Montreal