RE/MAX of Ontario-Atlantic Canada’s latest report on detached homes in the Greater Toronto Area states that the bounce-back in single-detached home sales is contributing to an uptick in average price. More than 50 per cent of neighbourhoods in the GTA reported an increase in detached housing values in the first half of 2019.

The 905 area saw the greatest increase in home-buying activity, with all 30/30 areas reporting rising detached home sales, and 43 per cent of 905 communities experiencing price appreciation. 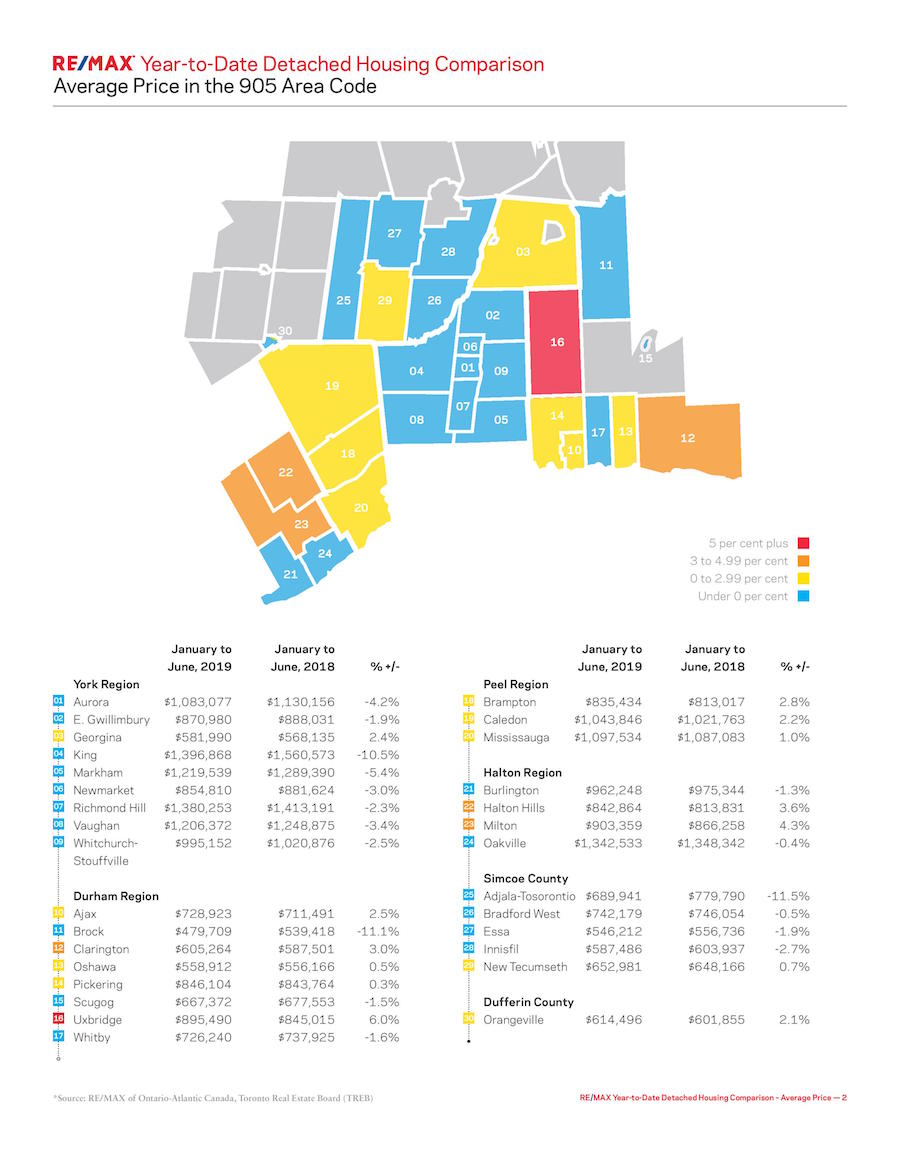 In the 416 area, 20 of the 35 districts experienced an uptick in sales, while detached home prices increased in 57 per cent of neighbourhoods.

“Detached housing is finally back on track, with year-to-date sales almost 17 per cent ahead of last year’s levels, signaling a return to more normal levels of homebuying activity,” says Christopher Alexander, Executive Vice President and Regional Director, RE/MAX of Ontario-Atlantic Canada. “Market share is also climbing, with detached homes now representing 45.7 per cent of all home sales in the Greater Toronto Area, up from 43.1 per cent one year ago.” 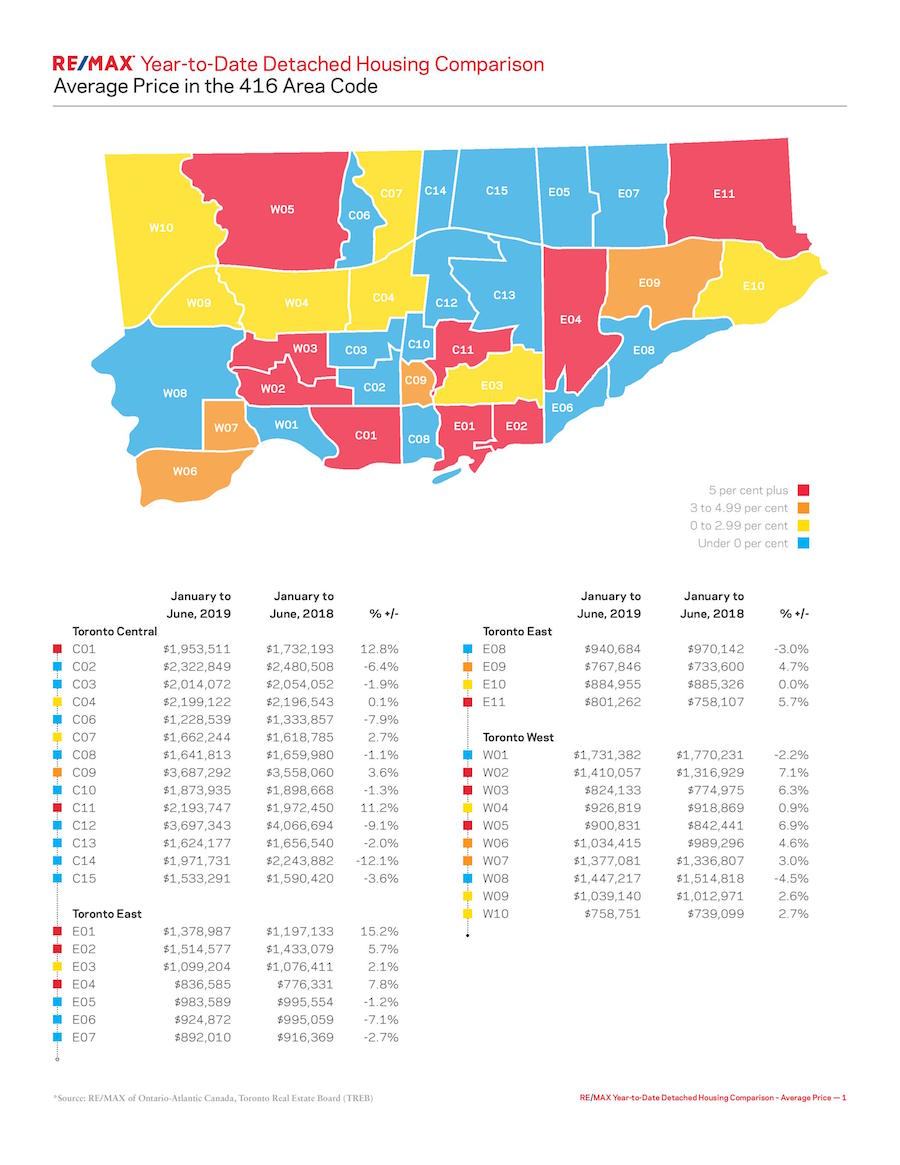 RE/MAX has found that location is an important component as first-time and trade-up buyers move to secure prime real estate before values are on the move again.

Leaside and Thorncliffe Park ranked third with an 11.2-per-cent increase in detached housing values to $2,193,747.

According to TREB Market Watch, all five neighbourhoods were in clear seller’s market territory in June. The sales-to-active listings ratio ranged between 62.5 per cent in C01 to 88.8 per cent in E01.

Despite strong demand in these areas, approximately 45 per cent of districts within the 416 are in a technical buyer’s market, with a good selection of homes listed for sale.

“Heated demand clearly exists for single-detached housing south of Bloor Street, but there are pockets throughout the 416 that are scorching hot,” says Alexander. “The Oakwood-Vaughan area in C03, where homes can still be had for just over the $1 million price point, is one of those neighbourhoods, while C10, comprised of Sherwood Park, Mount Pleasant West, Mount Pleasant East, is another. The Junction Area, High Park North, and Runnymede-Bloor West Village (W02) in the west end and Leslieville (E01) and the Beach (E02) in the east are also highly sought-after, with close proximity to transportation and vibrant shopping avenues the common denominators drawing younger buyers.”

Top performers in terms of unit sales were markets offering single-detached homes under the $1 million price point. Scarborough’s L’Amoreaux, Tam O’Shanter-Sullivan, Steeles neighbourhood (E05) saw the most significant upswing in terms of percentage increase in sales, with the number of homes sold up 76.2 per cent to 148 units.

According to RE/MAX, first-time buyers looking for the best deals in the GTA are likely to find them in York Region, where the dollar seems to stretch further.

“With recovery well underway in the detached housing segment, the residential real estate market is starting to fire on all cylinders,” says Alexander. “The possibility of more relaxed mortgage rules down the road – in conjunction with today’s low interest rate environment – may serve to spark up the GTA housing market yet again.”

The Government of Canada and the City of Toronto Invest $850,000 to fund the Bentway Pedestrian Bridge