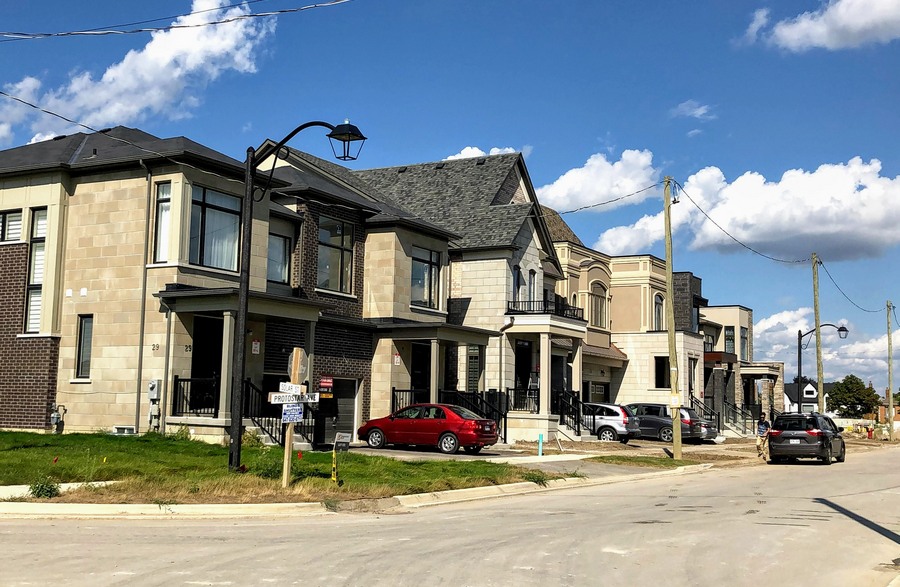 TORONTO – A BMO Capital Markets senior economist says the Bank of Canada’s recent move to increase its key interest rate is setting up the housing market for an even deeper correction next year.

In a note to investors, Kavcic says the increase which prompted the commercial banks to increase their prime rates has made it more difficult to qualify for a mortgage under Canada’s stress test rules.

The test sets the qualifying rate for uninsured mortgages at either two percentage points above the contract rate or 5.25 per cent, whichever is greater.

Kavcic says before the move, variable-rate borrowers were still qualifying at 5.25 per cent, but that has now shifted up to around six per cent, which he considers “a massive pill for the market to swallow.”

Fixed-rate borrowers are qualifying around seven per cent, which he says will carve into their purchasing power too.

New from me at TVO, speaking with BMO’s Robert Kavcic about interest rates and what’s coming. https://t.co/VE4UpgTkAz

This report by The Canadian Press was first published July 18, 2022.