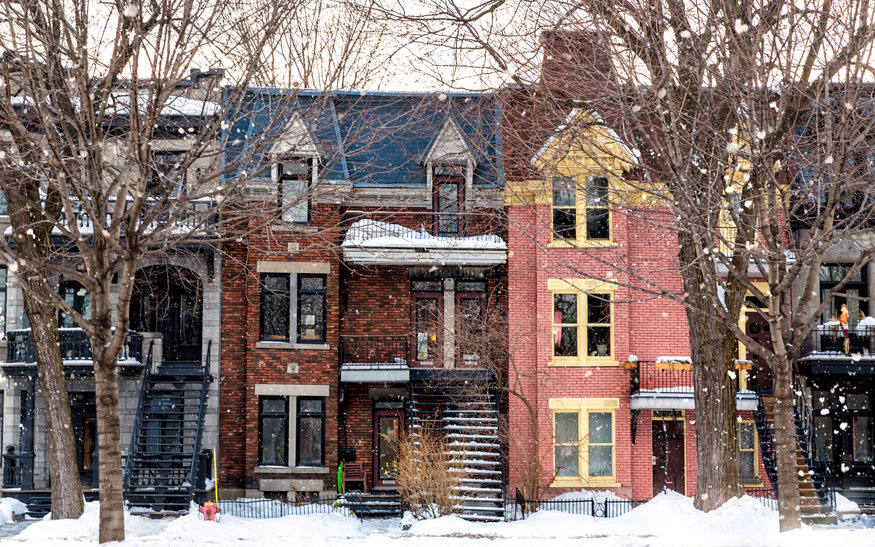 The Quebec Professional Association of Real Estate Brokers (QPAREB) has released its residential real estate market statistics for the Montreal Census Metropolitan Area (CMA) for the month of December, based on the real estate brokers’ Centris provincial database.

“Transactional activity was strong during the month of December, although experiencing a 19 per cent drop in sales compared to the same period last year. This downturn is consistent with a marked decrease in new listings which is always more significant in December,” remarks Charles Brant, director of market analysis, QPAREB. “Buyers are trying to take advantage of very low mortgage rates before the announced increases take effect in 2022. Consequently, the ongoing marked market imbalance in favour of sellers continues to result in a sharp rise in prices on the outskirts of the Island of Montreal, all property categories combined. On the island, prices for single-family homes have tended to level off in the past few months, particularly in areas where median prices are reaching levels that are unaffordable for a large proportion of potential buyers, thus favouring Montreal’s peripheral areas,” he notes. 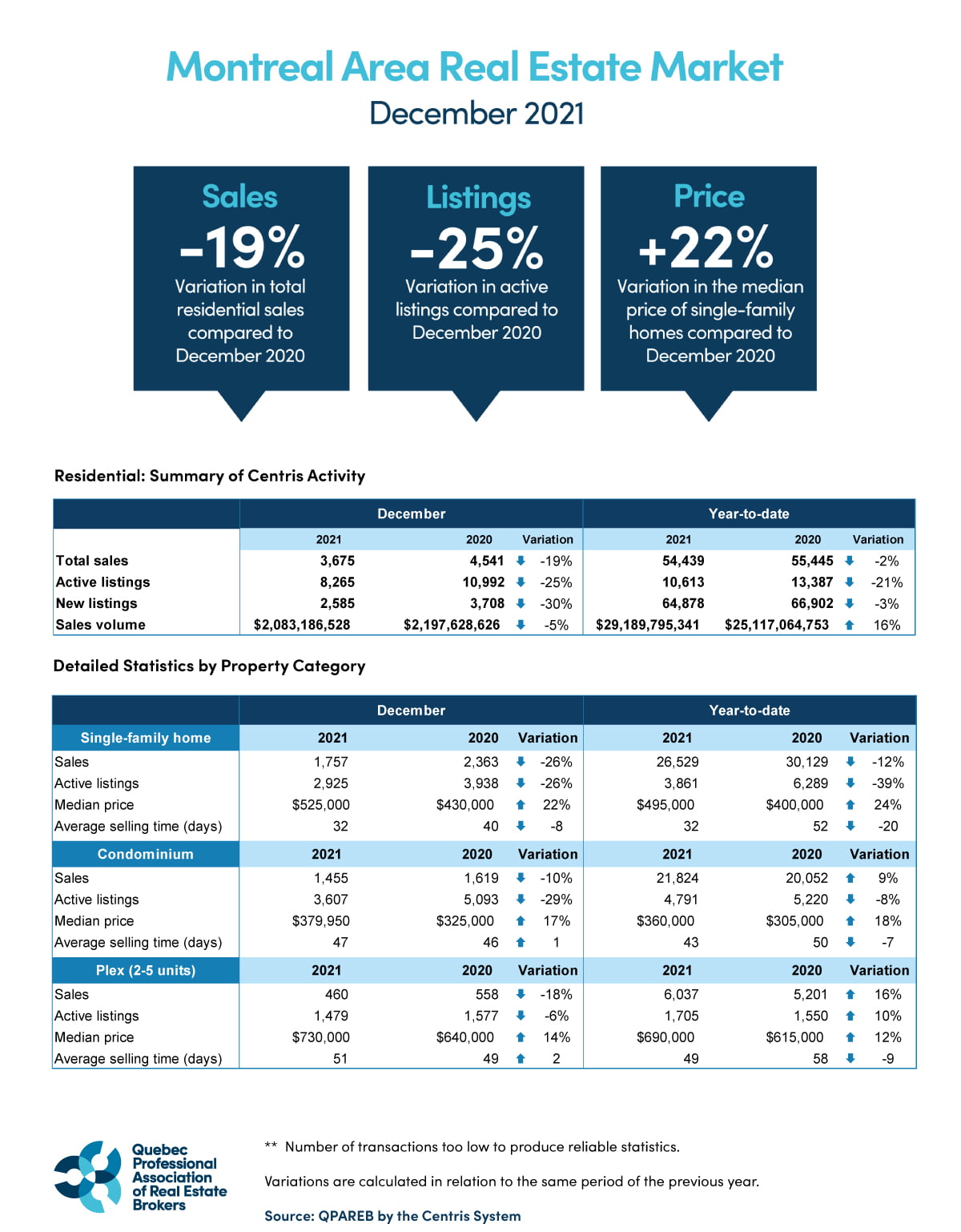