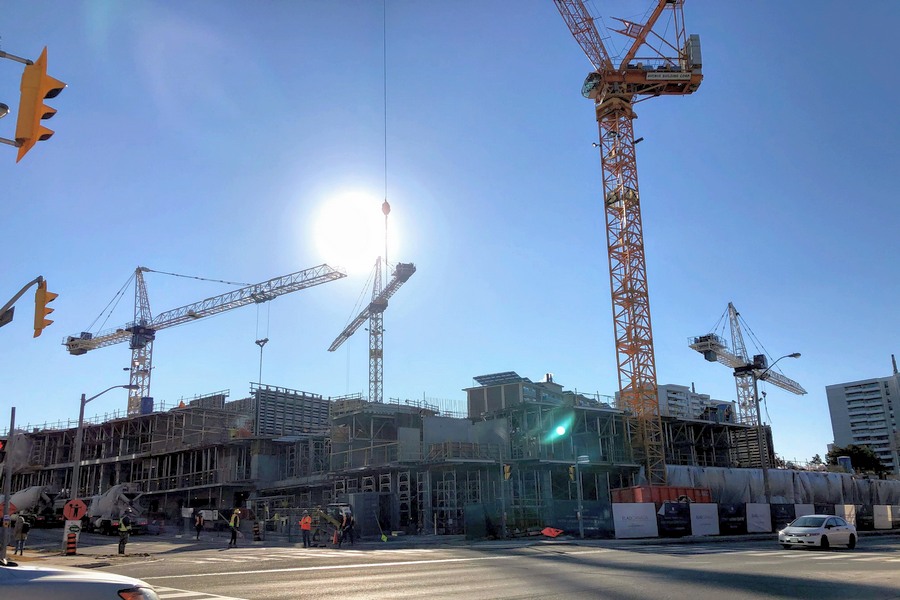 From the latest Crane Index Report, Toronto’s new crane count shows an 8% increase over Q1 2021, and an 81% increase since Q3 2020. Residential and mixed-use projects continue to dominate the market. Ongoing projects include the United Building Condos and a hotel, condominium, and retail tower – named The One – with 85 stories. Looking ahead, the Ontario government joins the U.S. in an effort to invest in infrastructure, announcing their investment on 38 infrastructure projects at an estimated $60B. 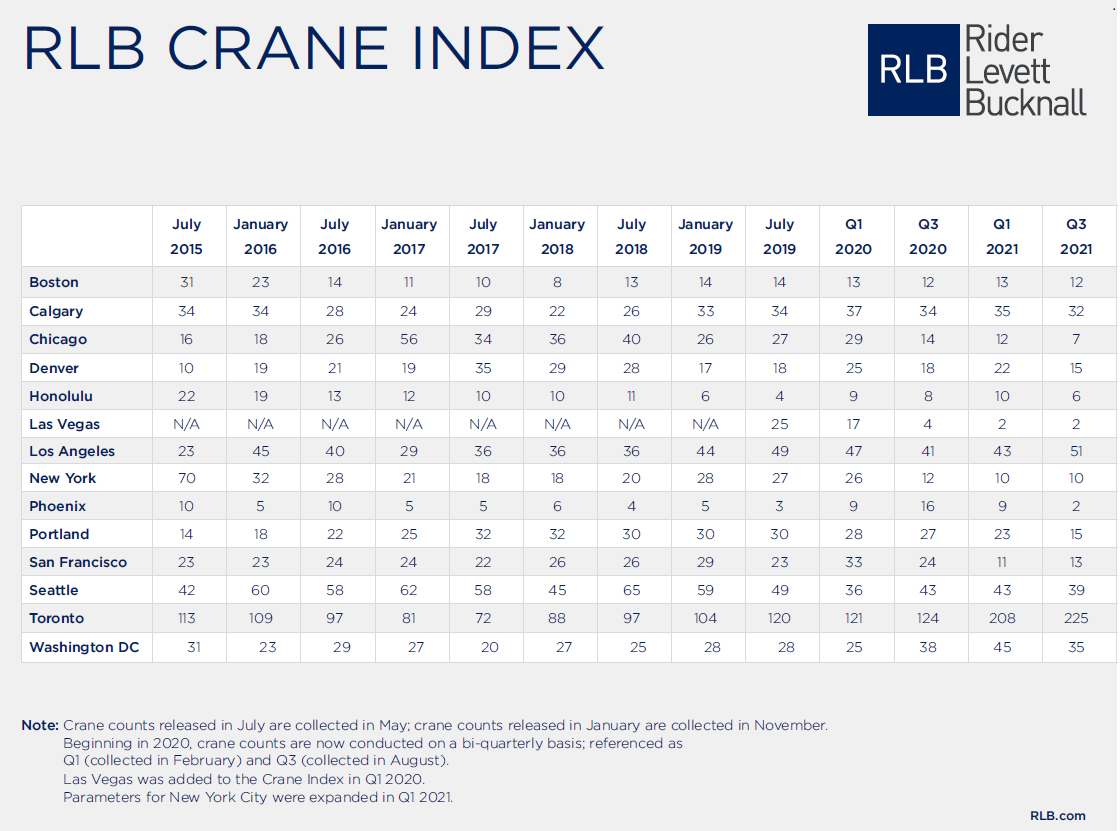 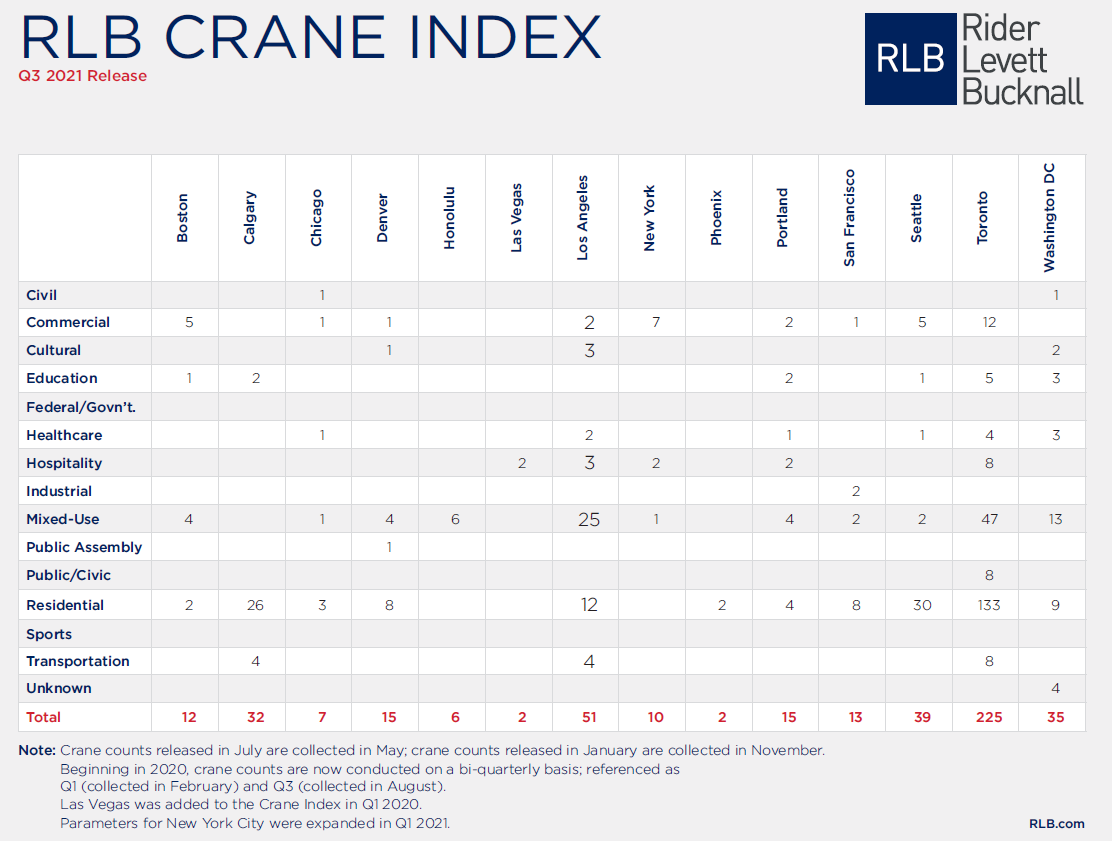 With materials prices continuing to increase and construction starts down across most sectors, the pressure is on contractors to bid competitively. “Since July 2020, contractor’s bid prices have grown 4.4%, while over the same period of time, the Producer Price Index has increased to 25.6%,” said Julian Anderson, FRICS, President of RLB North America. “This has significant implications for the construction business, as well as other AEC industries.”

Ford says he’ll have an ‘aggressive’ housing plan, will focus on…