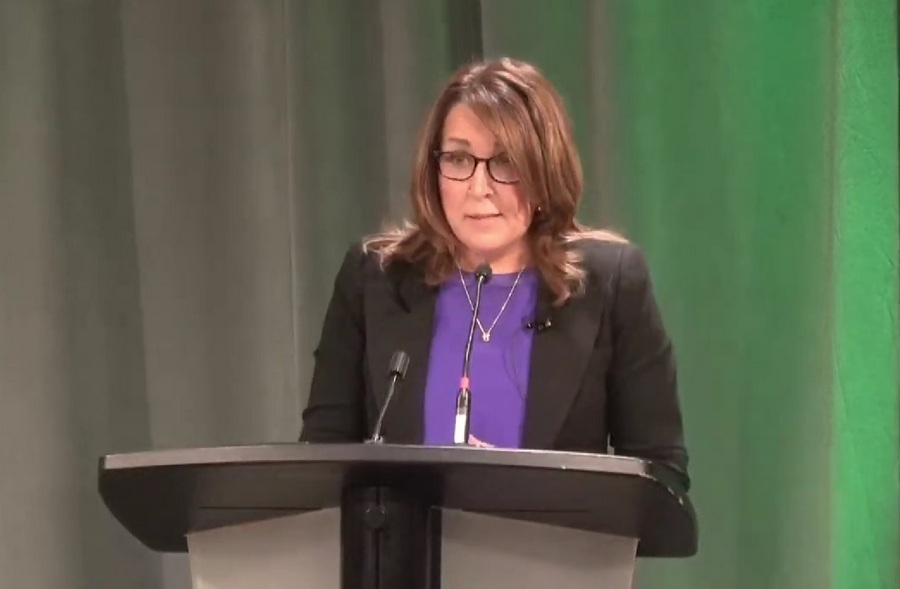 OTTAWA – Bank of Canada senior deputy governor Carolyn Rogers says the journey back to two per cent inflation will take time and that a period of lower economic growth is necessary to bring inflation down.

The Thursday speech to Calgary Economic Development comes one day after the Bank of Canada raised its key interest rate by three-quarters of a percentage point and indicated higher interest rates are on the way.

According to the prepared remarks, Rogers says yesterday’s decision was based on concern from the governing council about the risk of inflation becoming “entrenched.”

However, Rogers says the governing council’s concern stems from the bank’s core measures of inflation, which tend to be less volatile. That indicator moved up in July, which “shows how strong underlying inflation remains,” while inflation expectations remain high.

Central banks tend to worry when people and businesses expect inflation to remain high because it can lead to a self-fulfilling prophecy. Businesses that expect high inflation will set future prices higher while workers will negotiate future wage increases to match up with their expectations of inflation.

“We want to ensure this scenario does not materialize because if it does the economic cost of restoring price stability will be much higher,” Rogers said.

“Because we are in a period of excess demand, we need a period of slower growth to balance things out and bring demand back in line with supply,” Rogers said.

“We know Canadians have accumulated extra savings during the pandemic, so there is a risk that consumer spending has more momentum than we expect, making inflation more persistent,” she said.

Rogers warns that the bank’s decisions now and in recent months will take up to two years to have their full effect on inflation.

“Getting inflation all the way back to two per cent will take some time. We also know there could be bumps along the way,” Rogers said.

In her speech, Rogers also acknowledged the effect of high inflation on both people and businesses. For Canadians, the cost of daily necessities is going up, while for businesses, uncertainty caused by higher inflation can affect investment decisions, Rogers said.

“It is impossible to escape the frustration and stress that inflation brings – especially for those living on lower or fixed incomes,” she said.

Rogers concluded her speech by doubling down on the bank’s commitment to bring inflation down.

“We are determined to get this job done,” she said.