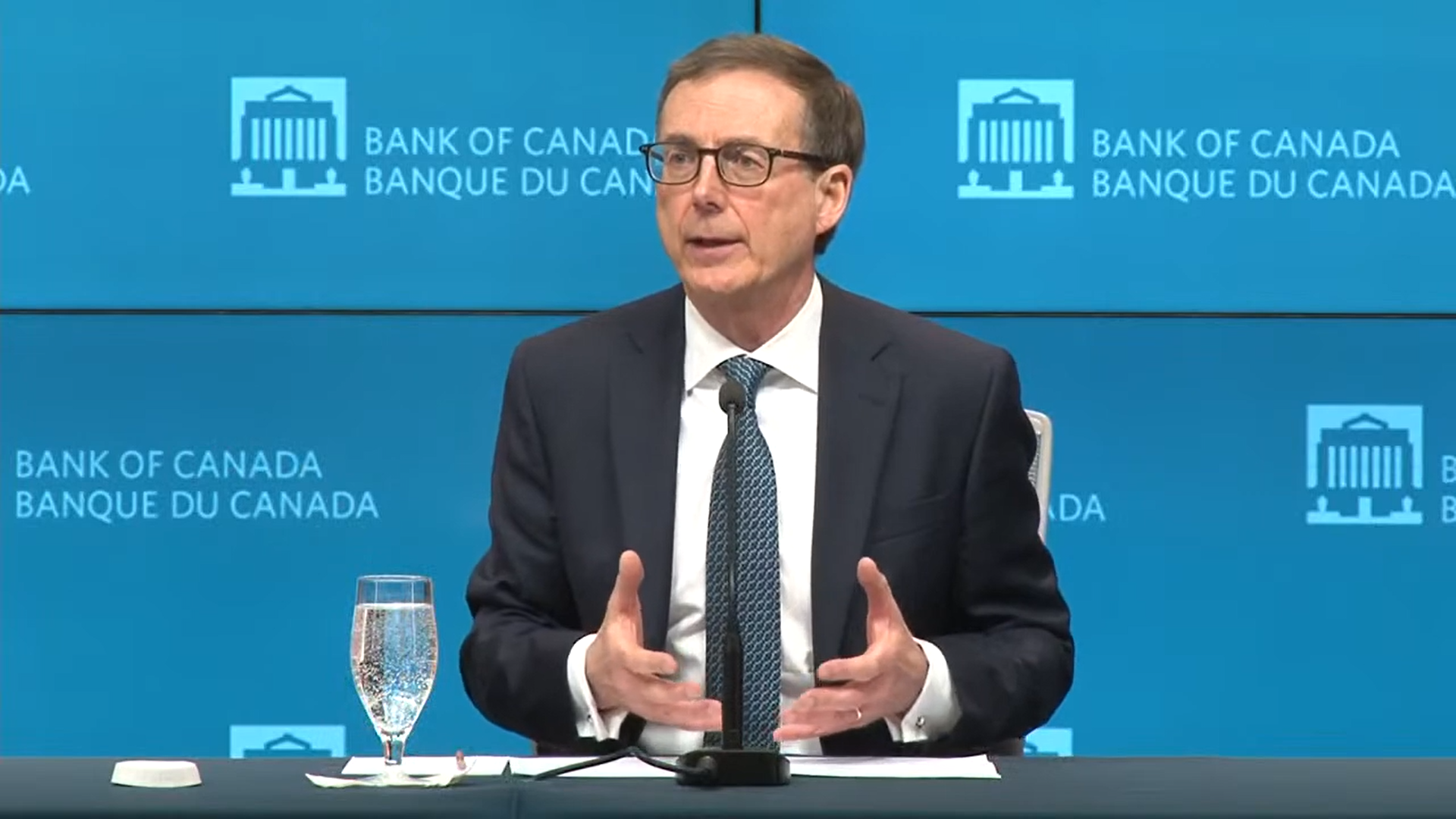 OTTAWA – Canada’s top central banker says raising the Bank of Canada’s benchmark interest rate may be costly for households, but waiting longer to act would be more costly for the country.

Governor Tiff Macklem says the impact of raising the bank’s key policy rate will be higher interest rates for Canadian households and businesses.

But the country can handle it, Macklem says, noting that the economy has hit its productive capacity, growth has been stronger than expected, and demand for goods remains high.

He says the country needs higher interest rates to dampen spending growth so that demand does not run significantly ahead of supply and further fuel already high inflation rates.

Macklem says the broadening of price pressures is a big concern for the central bank, as is the worry that Canadians begin to expect inflation rates to stay higher for longer.

He says the lesson from history is that if inflation expectations become unmoored, it becomes much more costly to get inflation back to the Bank of Canada’s target.

The Bank of Canada raised its target overnight rate to 0.5 per cent on Wednesday, increasing it from its emergency low by one-quarter of a percentage point.

The move marked the first increase since the Bank of Canada dramatically slashed the trend-setting rate to 0.25 per cent in March 2020 as a buttress against the economic fallout at the onset of the COVID-19 pandemic.

What has followed is an economic recovery. Macklem says after a solid end to 2021 when the economy grew at an annual rate of 6.7 per cent, the central bank now sees growth in the first quarter of 2022 to be stronger than previously forecasted.

The bank has also revised up its outlook for inflation, which is running at a three-decade high and is also hotter than the bank expected six months ago.

He points to higher oil prices that have increased transportation costs that in turn up prices on consumer goods, including food. Those prices are now climbing higher linked to the uncertainty created by Russia’s unprovoked invasion of Ukraine.

There has also been a global shift during the pandemic from services to goods, which have been harder to come by through snarled supply chains that have pushed up everyday prices on a broader selection of everyday goods including grocery prices that in January were up 6.5 per cent from the year before.

“This broadening in price pressures is a big concern. It is making it more difficult for Canadians to avoid inflation, no matter how patient or prudent they are as shoppers,” Macklem says in the text of his speech.

With consumer spending strong and expected to strengthen the concern is that too much money chasing too few goods could add to inflation.

“For households and businesses that are already feeling the pinch of inflation, the higher cost of borrowing can be doubly painful,” Macklem says in his speech. “But tighter monetary policy is necessary to lower the parts of inflation that are driven by domestic demand.”

Macklem says the bank’s benchmark rate will have to go higher still. Alongside rate hikes, he also says the central bank will eventually stop purchasing federal bonds as part of what’s known as “quantitative tightening” that will have the effect of putting further upward pressure on interest rates.

“we need the growth we can get”

Can someone ask him, was the growth worth it?

Was it worth destroying the dream of homeownership for an entire generation?https://t.co/3gKlujRnJq pic.twitter.com/sspMhTjYp2

Typical home in Toronto rose in value by $354,000 in the past year….and that’s tax free principal residences.

If prices fell in line with late 80s crash (~25% decline peak-trough), it would only erase 11 months of gains.

This market is insane!

The BoC is, in our opinion, making a serious policy error as they are stubbornly unwilling to publicly recognize the depth of the situation. Our #cdnecon has gone all in on real estate speculation, which is a non-producing asset so there is little to no compounding effect.

Housing is completely unaffordable in our largest urban centers in this country which is a terrible situation for young people and new immigrants who are the seeds of growth and may ultimately uproot and move elsewhere. Hamilton, Ontario is more expensive than Silicon Valley!

The situation in Russia is just another excuse (just like Omicron was) as it really doesn’t apply to us in regards to economic impact as some would argue it’s actually a positive given what is happening in oil markets.

Building and selling progressively more expensive housing to each other is the new perpetual energy machine.