March home prices slid from February, but still up from last year: TRREB 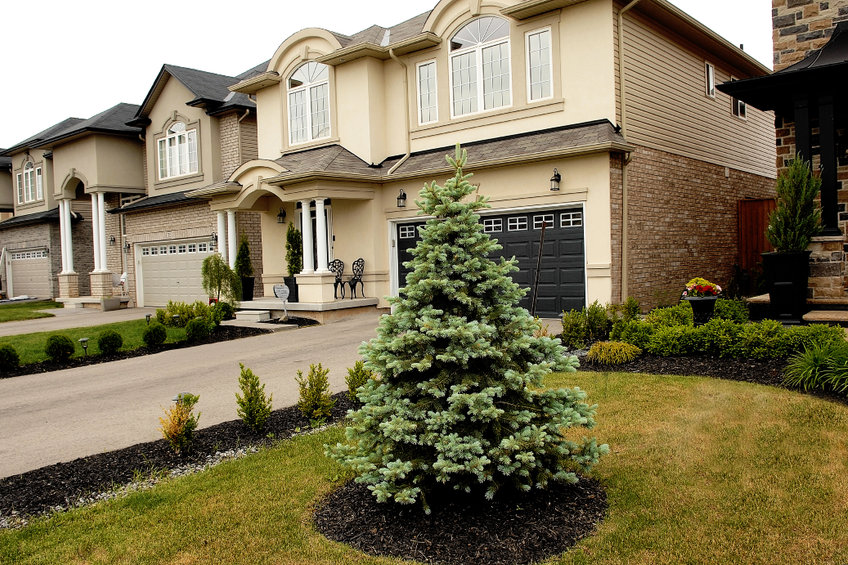 TORONTO – Prospective homebuyers in the Toronto region saw a slight dip in home prices last month, but properties were still selling for an average $200,000 more than they were last March.

The numbers signal that some of the heat is creeping out of the market, but likely not fast enough for buyers, who have sat on the sidelines hoping the spring market will deliver greater relief in prices. 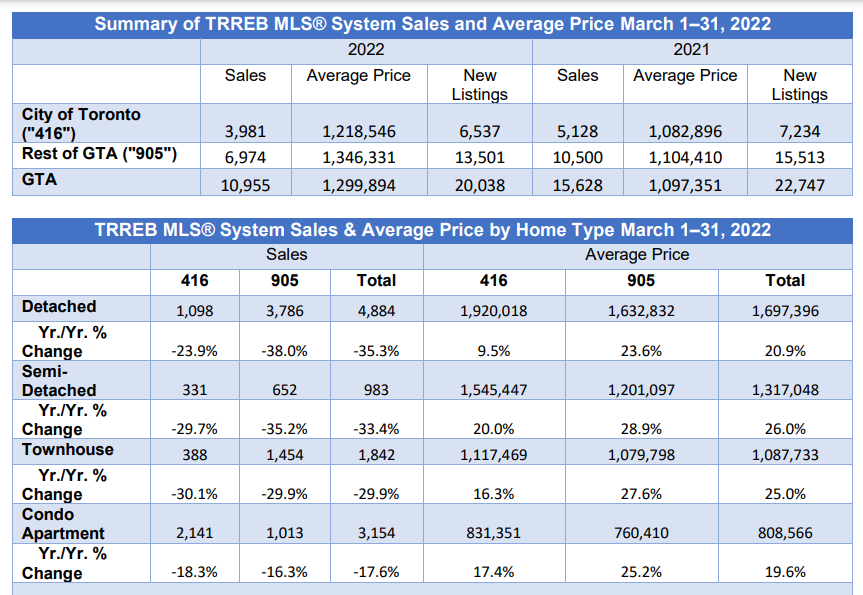 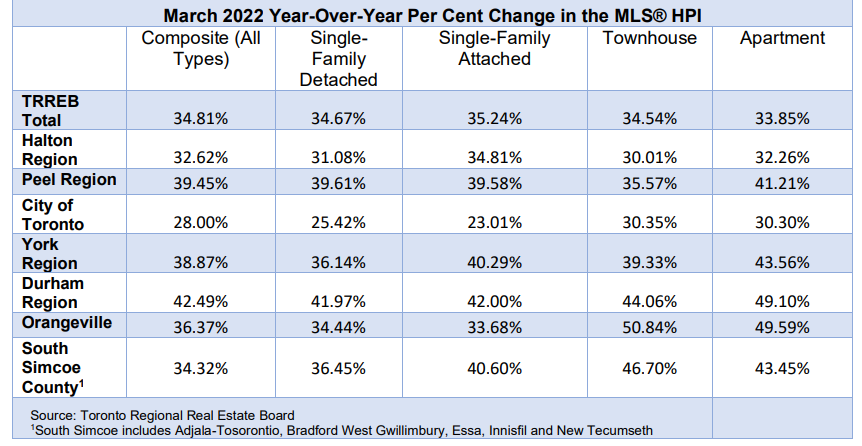 The numbers were impacted by surging inflation and the Bank of Canada upping its key interest rate to 0.5 per cent at the start of March, though many buyers secured mortgage rate holds in advance of the hike.

When they waded into the market last month, they found, on a year-over-year basis, the average price of a detached home soared by 21 per cent, while semi-detached places were up by 26 per cent, townhouses rose by 25 per cent and condos and apartments edged up by 20 per cent.

Competition was strong across most neighbourhoods and housing types, but there were some positive signs, noted TRREB’s chief market analyst. 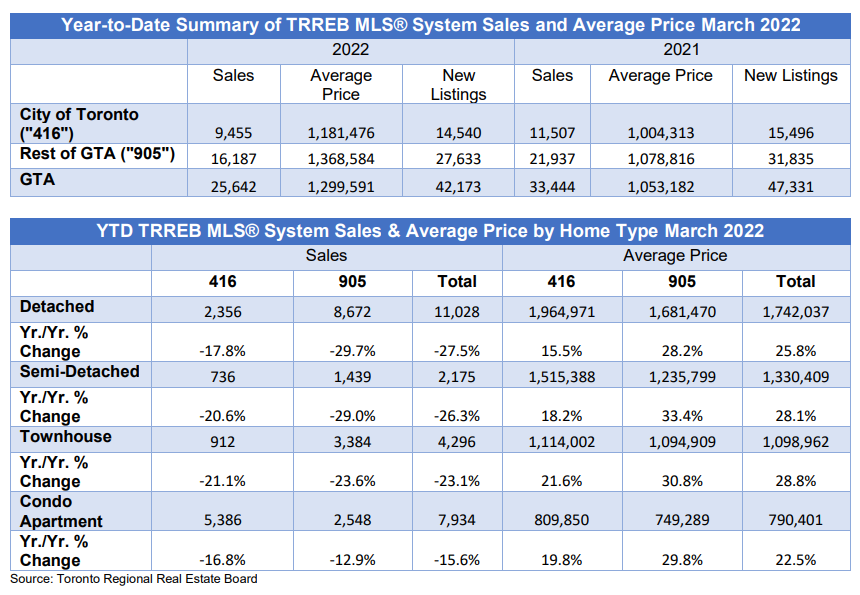 “We did experience more balance in the first quarter of 2022 compared to last year,” said Jason Mercer, in a news release.

“If this trend continues, it is possible that the pace of price growth could moderate as we move through the year.”

Those sales amount to the region’s third-best March and second-best first quarter, but were hampered by a lack of supply. New listings for the month totalled 20,038, down from 22,747 last March. 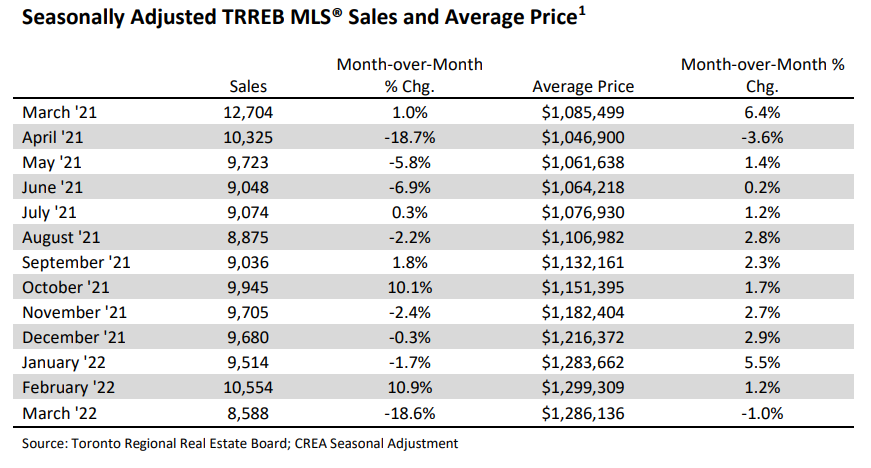 “There still is not enough supply to satisfy current buyer demand,” said Toronto broker Cailey Heaps, in an email, ahead of TRREB’s release.

“The end-of-March increase in supply that happens every year will help, but demand still outpaces supply. I expect April sales will remain strong.”

Many of Heaps’ clients are keeping an eye on the interest rate, which the Bank of Canada has teased will be hiked again.

Heaps believes on its own a hike would do little to quell the current market, but a wave of changes meant to tackle inflation and affordability could have an affect, she said.

She believes buyers now stand to see cooling in some segments of the market when the rate hike is coupled with Ontario’s recent decision to up the non-resident speculation tax to 20 per cent and expand it beyond the Greater Golden Horseshoe.

“2022 started off very strong and while that strength is still in play we do expect to see a levelling off for the balance of the year, which is not a bad thing given that the market has been unusually aggressive for some time,” she said.

“Whether prices actually see a decline in 2022, that remains to be seen.”