MaRS Discovery District, together with its partner University of Toronto, today announced that it is in the final stages of securing a lease with Menkes Developments Ltd. for a new 24,000-square-foot hub at Toronto’s Waterfront Innovation Centre. Already under construction, the Waterfront Innovation Centre will create critically needed office space for Toronto’s fast-growing innovation community in close proximity to the city’s thriving Discovery District. 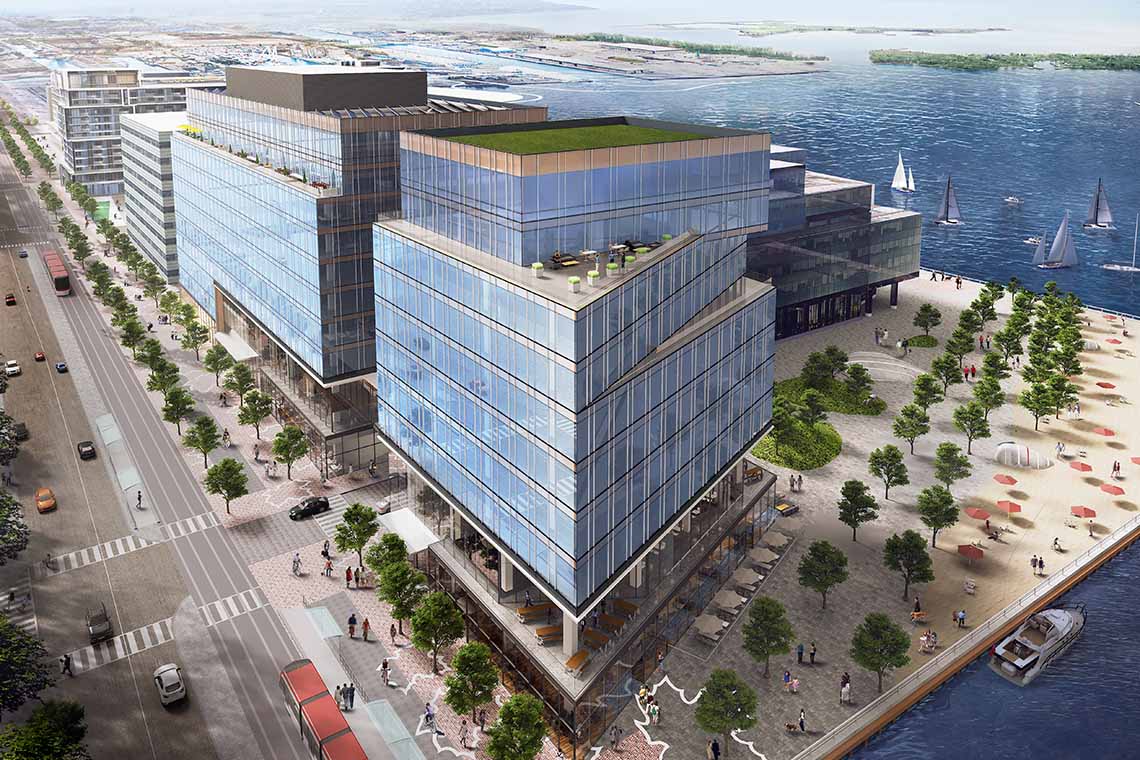 “As Toronto becomes a destination for global talent, venture capital and tech corporations, demand for space is at an all-time high. It’s imperative that we develop new innovative and entrepreneurial hubs in communities across the city,” says Yung Wu, CEO of MaRS. “The Waterfront Innovation Centre is the next destination for the city’s growing innovation sector — one that will further solidify Toronto’s standing as a premier tech centre.”

When opened in 2021, the Waterfront Innovation Centre, developed by Menkes in partnership with Waterfront Toronto, will create approximately 400,000 square feet of commercial space and accommodate an estimated 3,000 workers.

“The University of Toronto is excited to partner with MaRS to help expand Toronto’s rapidly growing startup scene on the city’s waterfront,” says Meric Gertler, U of T President. “It’s a winning combination — MaRS’s world-class suite of innovation programming and expert support for entrepreneurship with the incredible depth and range at U of T.” 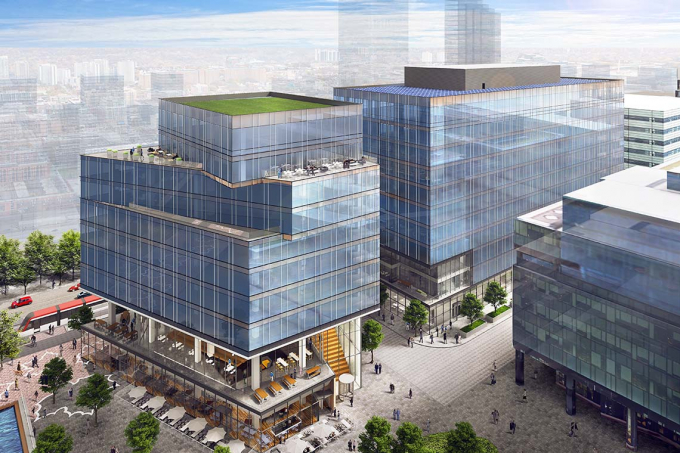 “Toronto is experiencing its lowest commercial vacancy rate ever (three per cent), making the city the most sought after market in North America,” Wu says. “Our startups and partners need more space to scale, and this new development is the ideal location for that growth.”

MaRS will be located in the HIVE tower and will provide programming and collaborative working space for scaling startups. Because of the anticipated demand for this space, MaRS will have the option to double its footprint in the near future.

The Waterfront Innovation Centre is MaRS and U of T’s second real estate partnership. In 2015, U of T invested in the MaRS West Tower, taking a 20 per cent equity share in the building. The 780,000-square-foot tower is more than 99.8 per cent full and is currently home to more than 50 startups, as well as companies such as PayPal, Autodesk and the Vector Institute for Artificial Intelligence.

This release was first published by MaRS. The original text can be found here. Images via Menkes.

Saskatchewan to suspend eviction hearings over spread of COVID 19