According to the Quebec Professional Association of Real Estate Brokers’ (QPAREB) real estate statistics, 1,890 residential sales transactions were concluded in April 2020, a 68 per cent decrease compared to April of last year. This was the first drop in sales after 61 consecutive monthly increases, as government measures to limit the spread of the virus were reflected on the resale market.

All six main areas of the Montreal CMA registered a massive drop in sales in April, following the pause in many economic sectors, including the suspension of normal activities by real estate brokers. 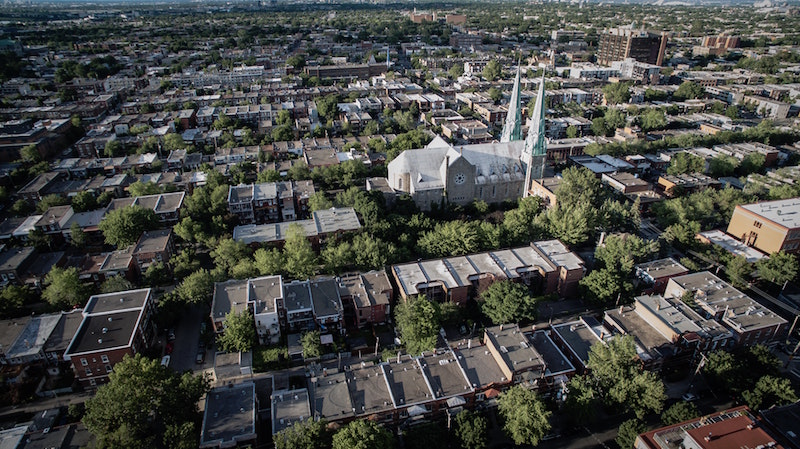 Vaudreuil-Soulanges (-74 per cent), Saint-Jean-sur-Richelieu and the Island of Montreal (-71 per cent), as well as Laval and the South Shore (-69 per cent) registered the largest decreases in sales. The North Shore had a slightly smaller drop in sales (‑61 per cent).

Across the CMA, the magnitude of the drop in sales was similar for all three property categories. Plex sales fell by 67 per cent (161 transactions), single-family home sales tumbled by 68 per cent (1,048 transactions) and condominium sales dropped by 69 per cent (675 transactions).

In April, there were 13,106 active residential listings in the Montreal CMA. This represents a 38 per cent drop compared to April of last year. This decrease and record low number of active listings since September 2003 can be explained by a massive drop in the number of new listings in April (-74 per cent), which reflects the wait-and-see attitude of sellers and a postponement in the marketing of properties.

“The consequences of the measures taken by the authorities to slow the spread of COVID-19 have had an impact on the number of residential sales transactions in April in the Montreal CMA,” said Julie Saucier, president and chief executive officer of the QPAREB.

“However, this drop in sales did not slow the rapid increase in property prices, as many transactions were negotiated in a financing context that was very favourable to buyers and in a market where conditions are still extremely tight, as new listings fell as quickly as transactions did in April. Brokers are ready to support their clients in real estate transactions after the pause that has been imposed by the pandemic. Health rules are in place to ensure responsible collaboration.”