May home sales down 39% from last year, prices up almost 10%: Toronto board

TORONTO – The Great Toronto Area housing market is becoming more balanced as May home sales dropped 39 per cent from a year earlier and prices rose almost 10 per cent, the Toronto Regional Real Estate Board said Friday. 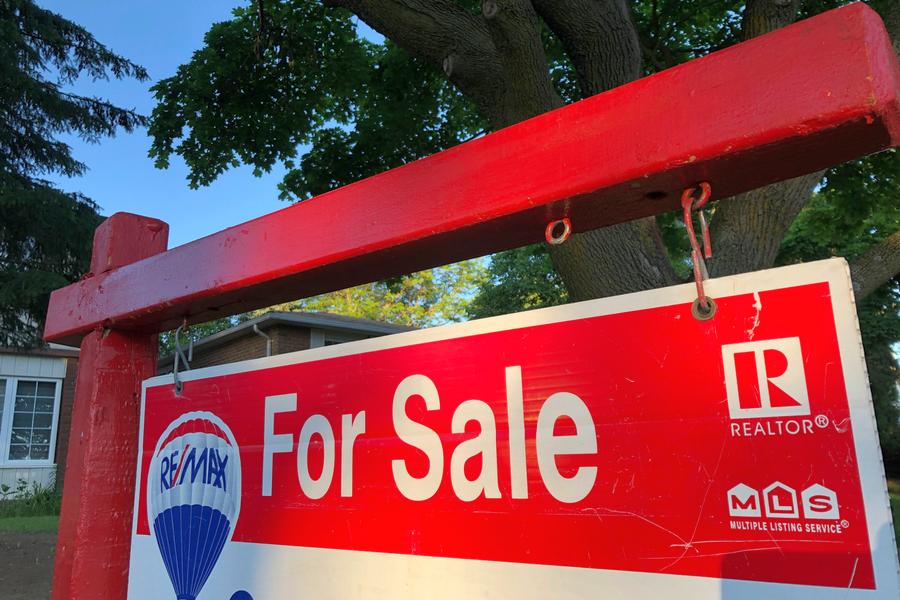 The board attributed the drop in sales to higher borrowing costs that materialized because of interest rate hikes and were coupled with inflationary pressures that weighed on spending.

However, the board found buyers had more negotiating power last month as the market started to balance out.

“After a strong start to the year, the current rate-tightening cycle has changed market dynamics, with many potential homebuyers putting their purchase on hold,” said Jason Mercer, TRREB‘s chief market analyst, in a release.

In recent weeks, realtors have noticed the pace of sales is not as torrid as it was at the start of the year. Many sellers now garner fewer offers and bidding wars for their home, pushing some to accept a lower price than they may have seen months ago.

“There is now a psychological aspect where potential buyers are waiting for a bottom in price. This will likely continue through the summer,” Kevin Crigger, TRREB’s president, predicted in a release.

The average price of a detached home in the city of Toronto, which is linked to the 416 area code rose by 12 per cent since last year to hit more than $1.9 million in May, while semi-detached properties increased by about eight per cent to reach more than $1.4 million.

Townhouses were up by roughly 10 per cent to total slightly more than $1 million, while condos also saw a 10 per cent increase to an average $793,000.

Detached homes were up about eight per cent to more than $1.4 million in the 905, an area surrounding Toronto that includes municipalities such as Vaughan, Mississauga and Brampton.

Semi-detached properties and townhouses in the area were up by 14 per cent each to reach more than $1 million and $950,000 respectively.

The number of homes people had to choose from was little changed from a year ago. May saw 18,679 new listings, down less than one per cent from 18,593 during the same month in the year prior.

Looking forward, Crigger doesn’t feel the changing market will trigger a drop in demand for housing. 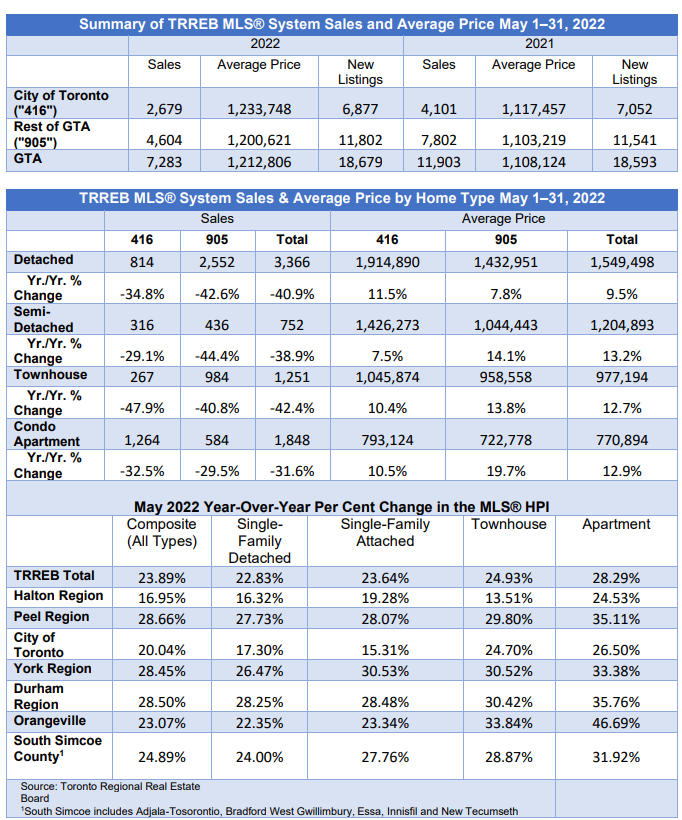 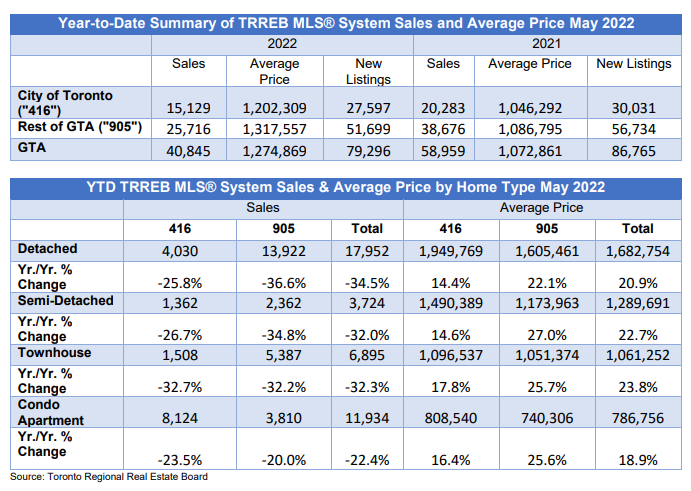 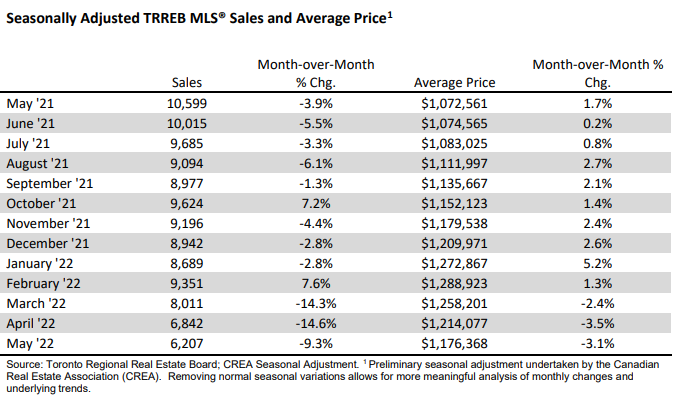 This report by The Canadian Press was first published June 2, 2022.